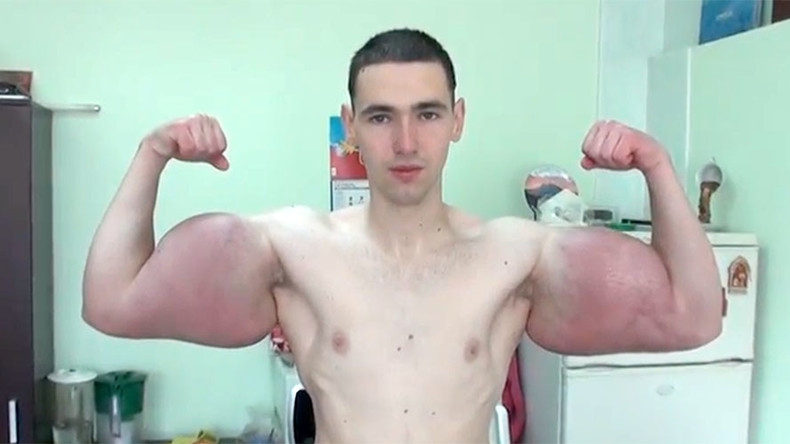 Some dudes spend hours and hours in the gym so they can look staunch as f***.

They sweat, they strain, they eat high protein diets, they see the results of their hard work and they probably – I wouldn’t know, I’ve never tried it – understand that the effort was all worth it. 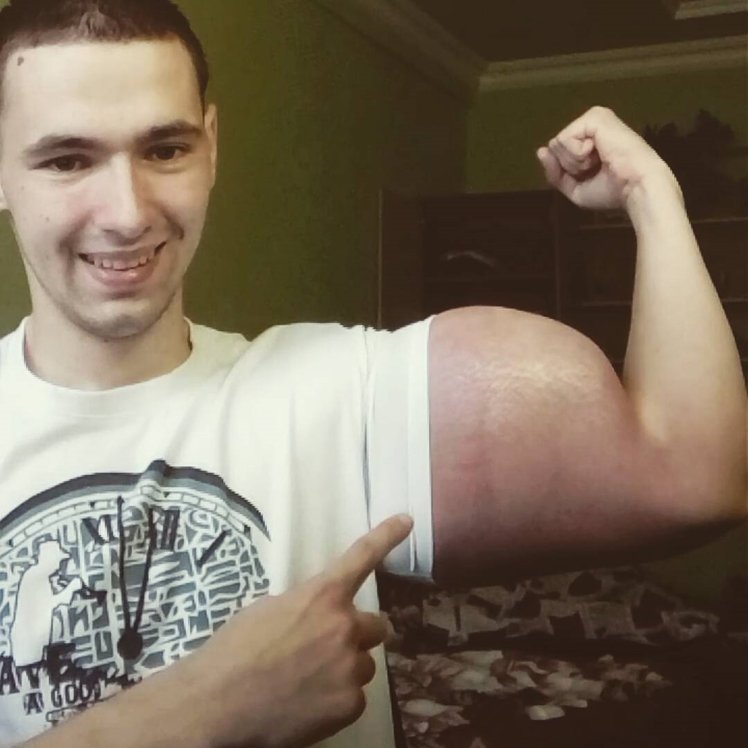 “This is not arm I use to click mouse on internet.” Credit: CEN/Instagram

OK, let’s backtrack a little. Young Mr Tereshin from Pyatigorsk in Russia (why is it always bloody Russia) is pretty proud of his new biceps. And if you’re wondering why they look like they belong to someone else, the answer is Synthol.

Synthol is some pretty nasty sh** bodybuilders use to ‘fluff up’ muscles that are disproportionate to the rest of their body. So the little muscles they can’t hit with standard exercises. Like their cocks. Presumably. 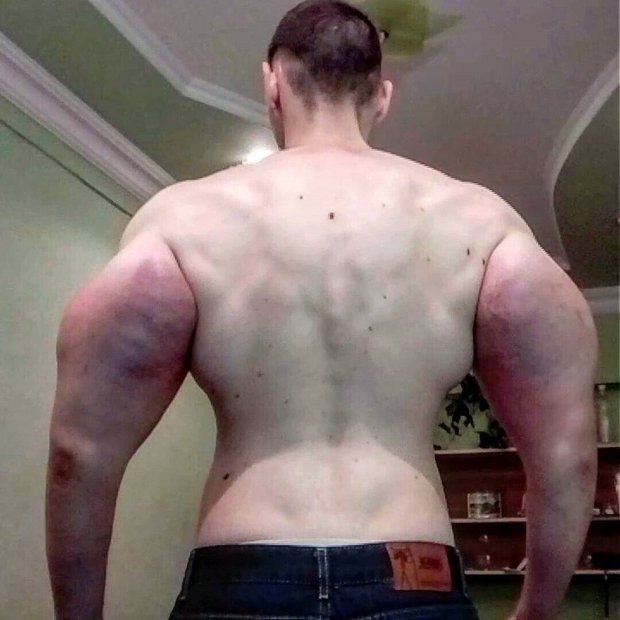 From behind my guns like elephant trunk or whale penis, yes. Credit: CEN/Instagram

Anyway, Synthol is essentially an oil-based compound that can be injected into muscles to increase their size. Kirill has spent the best part of the last month injecting his biceps with it and he’s now rocking guns that are 64cm in circumference.  And if you’re wondering why they’re the same purple as your granddad’s ballbag you can take Kirill’s word for it that the discolouration is a temporary side-effect.

Of course, that’s not the only risk he’s taken. Synthol, despite its popularity with bodybuilders, is known to cause pulmonary embolisms, nerve damage, infections, stroke and cysts, ulcers and granulomas. 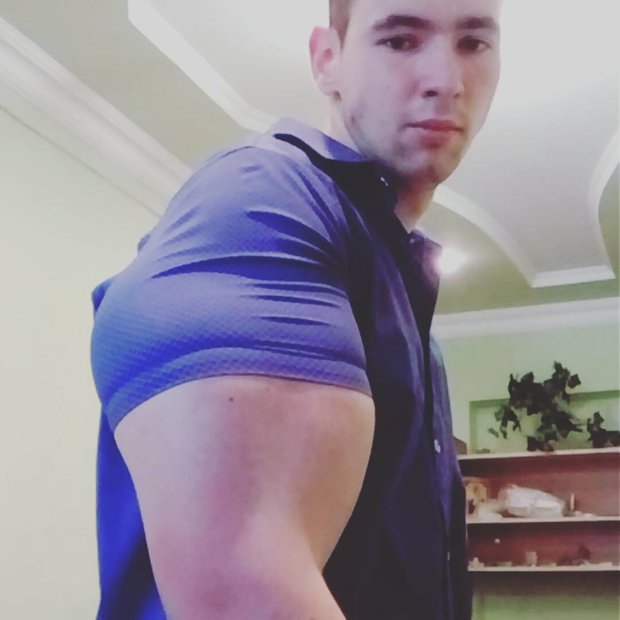 I wear this colour to compliment the shades of bruising in my horribly f***ed arms. Credit: CEN/Instagram

Still, he’s gonna look f***ing tank for the Russian summer. So what d’ya reckon, wankers, would you do it?