Bloke shoved into canal after standing up for two swans

Mate, as you bloody well know, we’re usually pretty anti the idea that you can’t trust the kids these days. Yeah, nah, we reckon anyone who says kids are worse now than they’ve ever been is a bit of a tit. But, and we have to say it, it can be pretty hard to defend our position when some of them decide to act like bloody dips**ts in public. Yeah, nah, we’re doing it, we’re going full Dad on this one and saying these kids need to pull their bloody heads in. They’re giving miserable old f**ks an excuse with their behaviour in this video…

It all starts off with a group of teens. Here in ‘Straya, we’d probably call ‘em a pack of bogans, but over in London, where this one was filmed, we think they’re commonly referred to as chavs. Correct us if we’re wrong with that one. 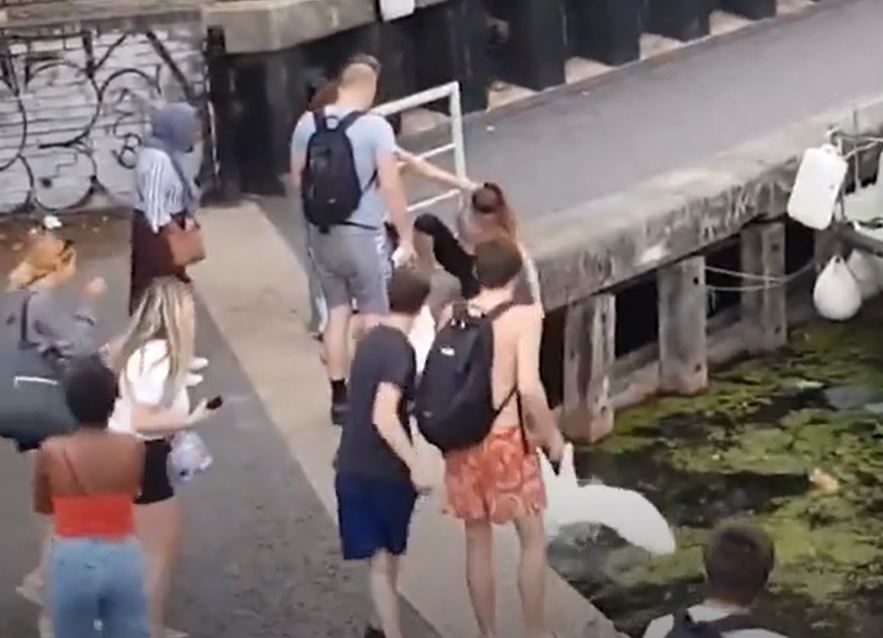 Anyway, you’ve got the chavs. You’ve also got two swans fighting. Yeah, nah, they’re going for it, putting on a show for the teens who’ve decided they should congregate around the incident. And then, a particularly rough sheila starts to join in and f**ken kick ‘em. 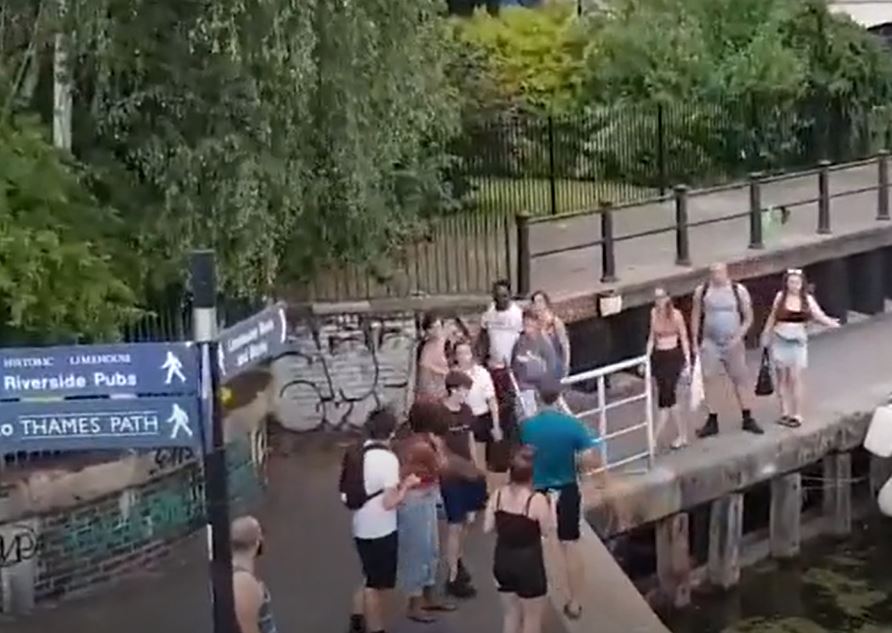 Yeah, nah, that’s pretty s**t. And not just because swans are the queen’s property. Deadset, kicking an animal for no reason apart from your own enjoyment is a f**ken s**thouse act. If you do that s**t, you deserve a solid consequence. 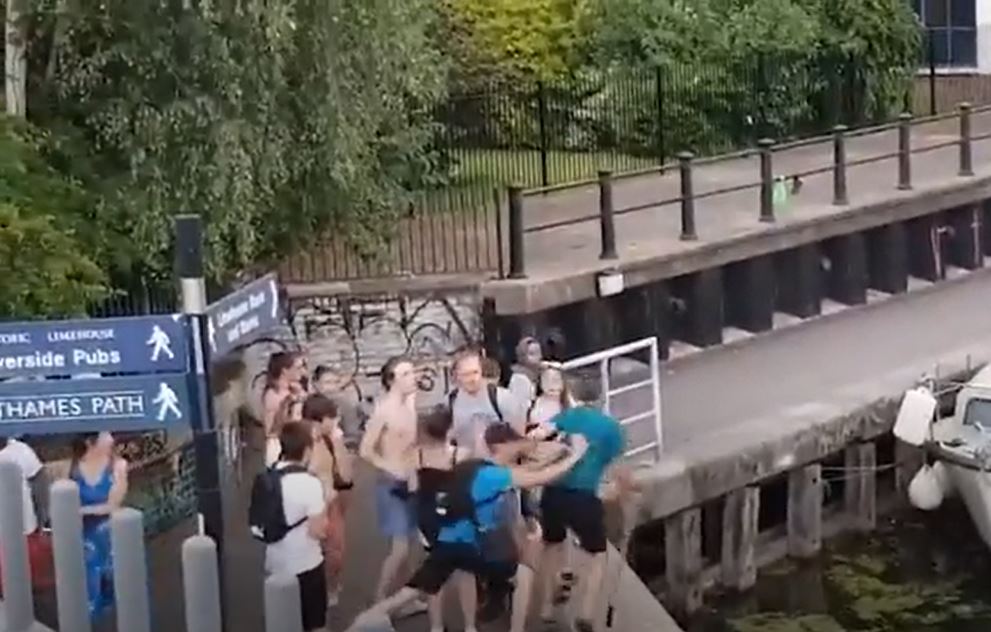 Anyway, one bloke who’s not having it, Jeffrey Phillips, comes over and starts telling ‘em off. He’s got a grappling pole or something and he’s gesturing with it. This bloke, in our opinion, seems to be a bit tops. Everyone else has done nothing, but he’s donned his stackhat and his cape and he’s gone to clear the kids out.

It doesn’t go well. Don’t get us wrong, the kids leave, but his victory is somewhat pyrrhic. Yeah, nah, one of the cheeky wankers f**ken shoves him in the water before they clear off. It is, if we’re honest, a bit amusing, but it’s the kind of s**t that’ll have Maude down the road telling us the kids are f**ked and the world’s doomed. 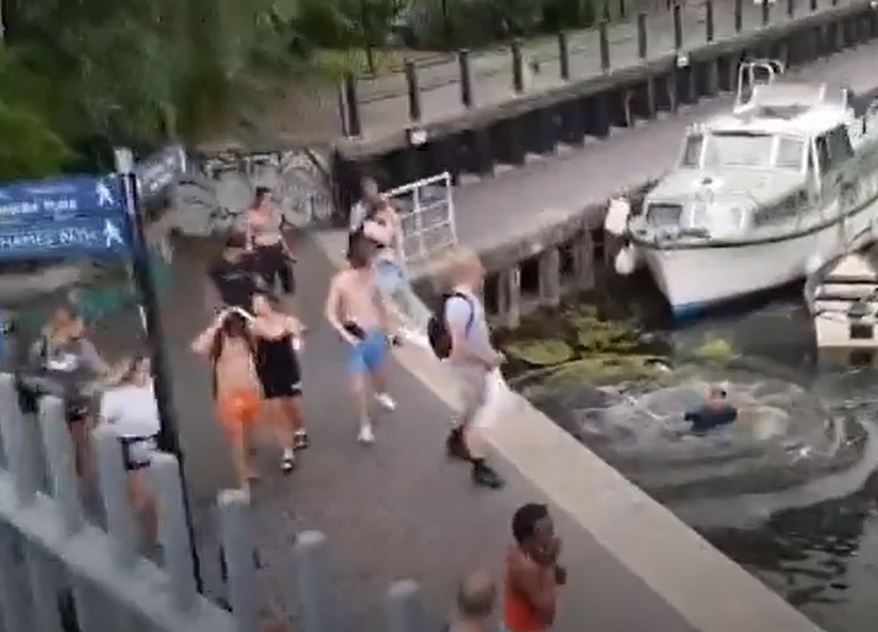 After the incident, Jeff said, “The water isn’t deep but it’s really manky. It was embarrassing, it was frustrating but then everybody disappeared. I didn’t see exactly where to as I was focusing on not losing my grappling pole and getting back to my boat. They just seem to have a lot of misdirected energy but it’s a completely foreign concept to me to assault someone because you don’t like what they’re saying.” 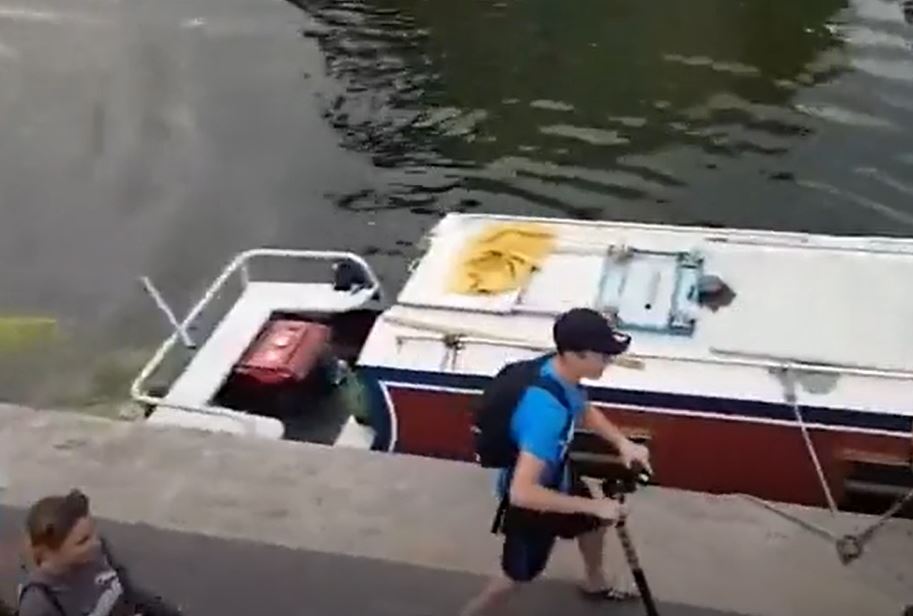 Anyway, as you can expect, the local London cops aren’t happy with the chav lass who kicked the swans. Metropolitan Police Superintendent Andy Cox said: “Awful viewing. Animal cruelty is an indicator of many other vile behaviours and a tendency towards other forms of violence. The assault & anti-social behaviour needs our action. Help us by letting us know who these offenders are via 101 or confidentially via Crimestoppers.”

Final thought: As we said, we’re going full Dad on this one. If you’re a young chav or bogan and you find yourself in a group like this, make sure you f**ken stand up for the animals. Deadset, the good guy is never the one hurting an innocent creature. If you see ‘em kick a f**ken swan, stitch ‘em up, kick ‘em in the arse, and report ‘em. It’s what a top bloke would do. Anything else is just a bit cowardly. Do better, kids. Do better, and prove the old folks wrong.