Crocodiliacs. Nope ropes. Sharks. Box Jellyfish. Feisty Kangaroos. The irukandji. Backpacker murderers. Dunny spiders, drop bears and friggen scorpions; Ozzyland is, as you know, bloody chockers with deadly animals. None of the critters mentioned above, though, can hold a candle to the nastiest bastard of them all, the f**ken maggie. Don’t laugh, ya bogans. You think you’ve got magpies in your country, but you don’t. Not like we do. Ours aren’t here just to warble and look pretty. They will deadset gauge out your eyeballs and skullf**k you. Think we’re joking? A bloke just died because of one.

So, yeah, let’s get one thing clear. Once Spring hits, the dread magpie is probably the most feared creature in this entire continent.

And, yeah, ours are actually a different species to yours. Ours, Cracticus tibicen, is a notoriously territorial little prick and many a young Ozzy has learned to fear the terrifying rush of their wings. 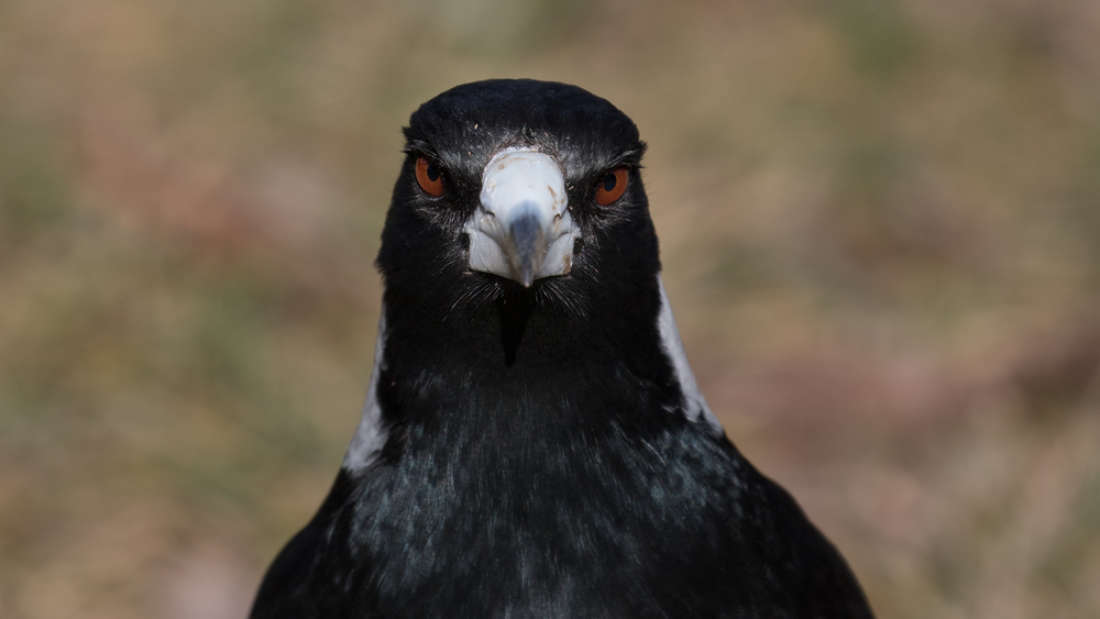 If you’ve ever been to our beautiful country and you’ve wondered why cyclists stick zip ties all over their bike helmets, it’s literally because of the magpies.

The deceptively striking little wankers have a proper fondness for cyclist blood and anyone who’s ridden past a magpie nest in September or October knows the injection of fear that comes with the clacking of magpie claws and the beating of their wings. 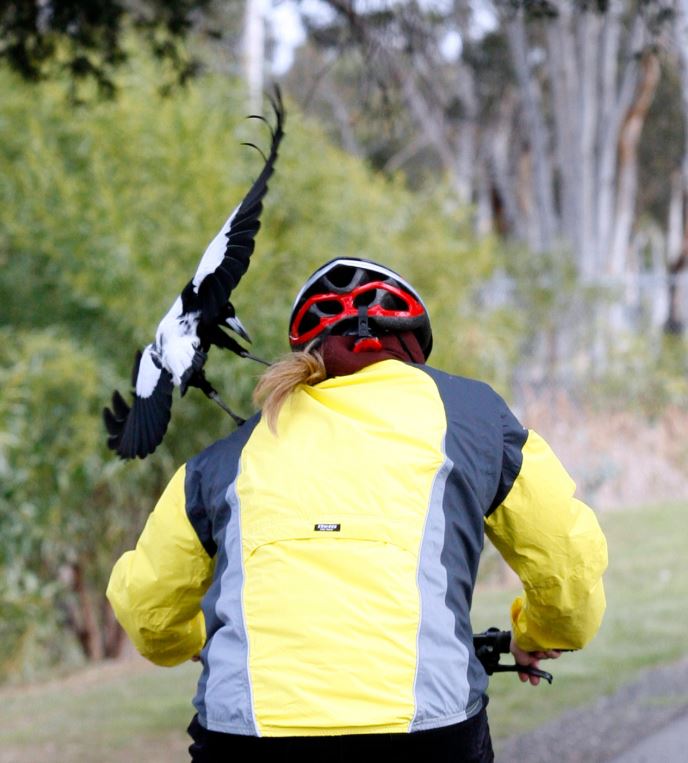 Seriously, the pricks are fuggen merciless. Just a few weeks ago, we saw a kid, riding his pushbike without training wheels for the first time, invoke the wrath of one of the ornery little cads. Did the magpie give a single s**t that this was quite possibly the greatest moment of that kid’s life? Not even close. It f**ked on him. 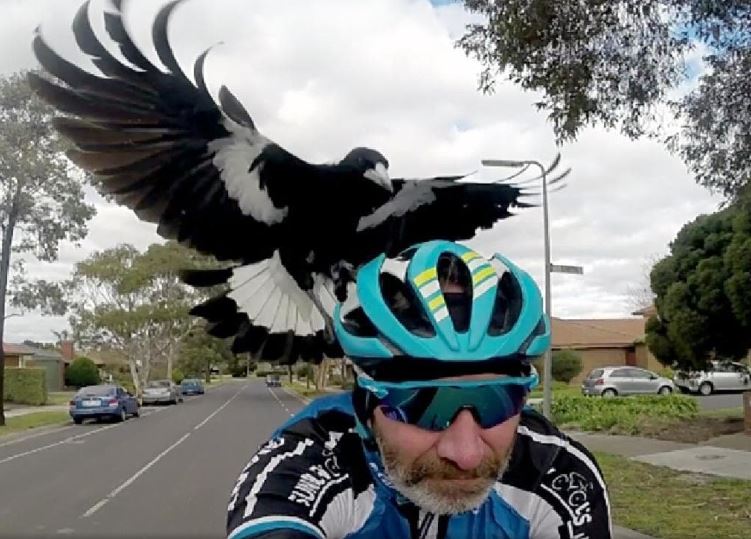 And that brings us to today’s rather tragic story. A bloke from Wollongong in NSW was riding his bike when a maggie launched its terrifying assault. Don’t let us tell you, though. Here’s what the local cops had to say:

“Police are investigating after a cyclist died at Woonona yesterday. About 8.15am (Sunday 15 September 2019), a 76-year-old man was riding a pushbike on an off-road path alongside Nicholson Park at Woonona, when witnesses report he rode off the path to avoid a swooping magpie. The man then collided with a fence post, causing him to be thrown to the ground, sustaining serious head injuries. He was treated on-scene before being airlifted to St George Hospital in a critical condition. Despite medical efforts, the man died yesterday evening (Sunday 15 September 2019). Officers from Wollongong Police District are investigating the incident and a report will be prepared for the Coroner.” 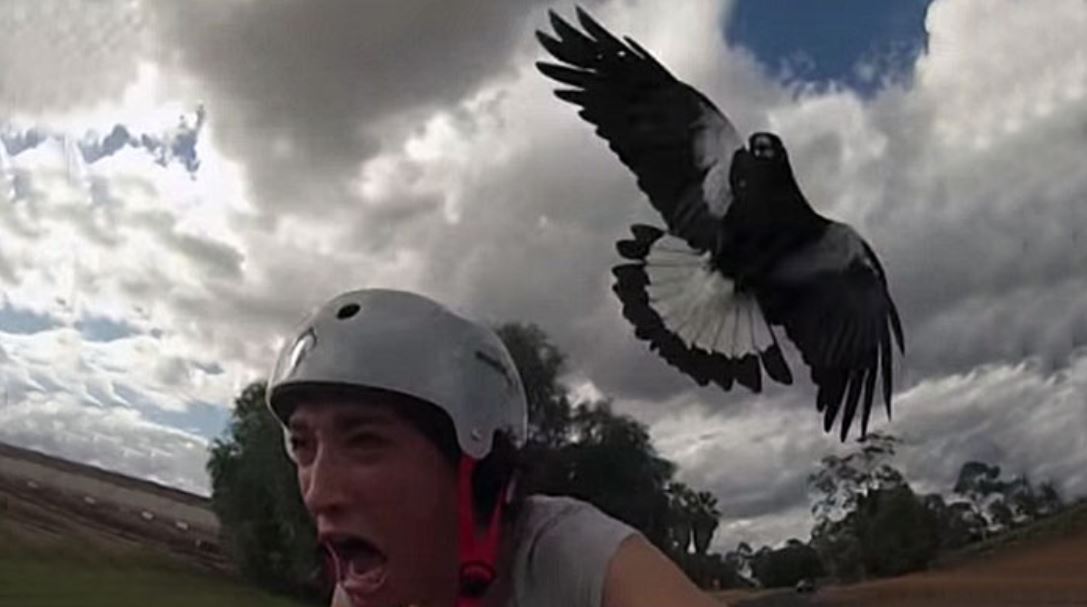 Final thought: If you’re the kind of wanker who needs to ride their pushy around town, walk to your destination or venture anywhere outside in the Ozzy Spring, remember that these territorial pricks are on the warpath and that you need to plan an alternate route. If you know the location of a maggie, let your friends know. And for f**k’s sake, make sure you feed them throughout the rest of the year. They remember faces and will take your tribute into account. May the Gods be with you, Ozzyland. May the Gods be with you.