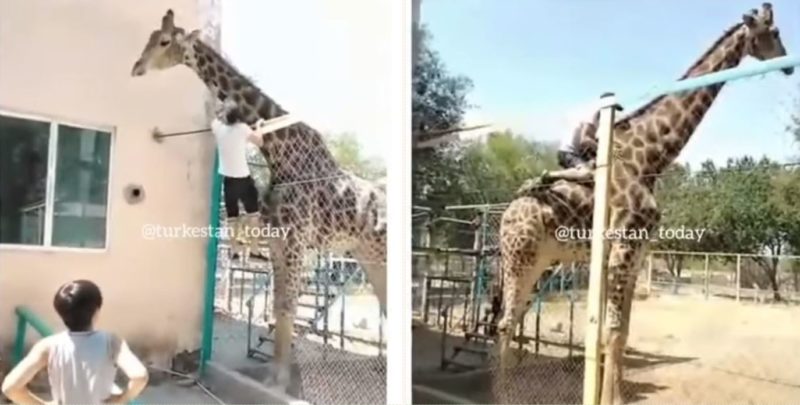 Bloke jumps over a zoo fence and rides a giraffe

Let’s be honest, when you’re a young whippersnapper, you might harbour fantasies of riding all sorts of awesome animals around as a mode of transport. It’s not like it’s unheard-of behaviour, after all. Loads of places ride horses. Some countries have donkeys and elephants for that purpose, and we’d be rubbing your rum-bottle if we said we don’t ride kangaroos here in Ozzyland, so you really can’t blame this bloke in Kazakhstan for daring to dream and seizing the opportunity to ride a giraffe. 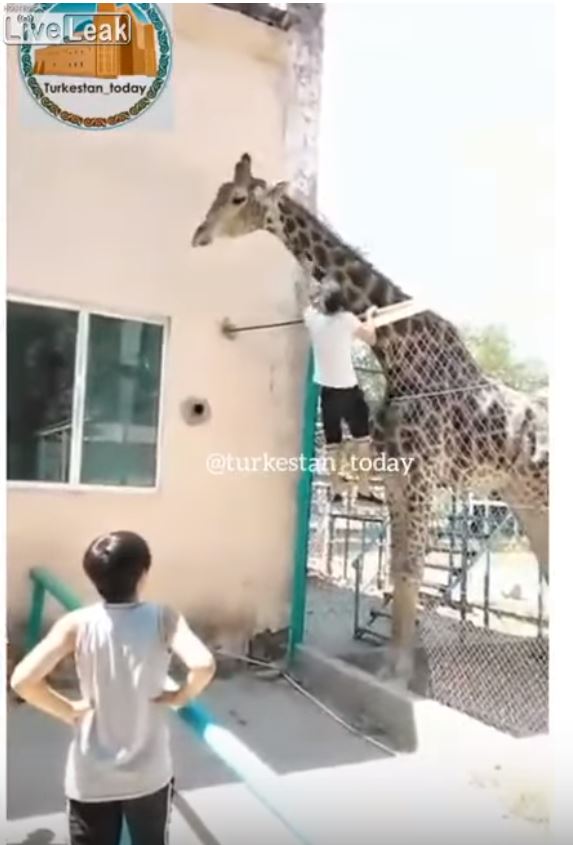 We’re headed to Kazakhstan for this one. In particular, we’re on the way to the Shymkent Zoo. By all accounts, it’s a pretty bloody rad zoo that’s chockers with endangered animals. They’ve also got a nice little giraffe display, not that they’re endangered.

And, yeah, the cops there are now on the hunt for the giraffe jockey who scaled a zoo fence and climbed onto a giraffe’s back in a daring act of stupidity. Don’t get us wrong, we’ve got a mild case of the green-eyed monsters, but a giraffe can issue a serious bloody wallop with its neck-slam fatality.

Anyway, have a squiz at the bloke. He calmly scales the fence like he’s done it a thousand times and gives the giraffe a nice pat to win its trust. Then, friggen bang, he’s over the fence and he’s clinging onto the giraffe’s neck.

There’s a moment there where the giraffe is just going with it. It’s like, “All right, it’s ride day today, is it? Let’s do this then.” 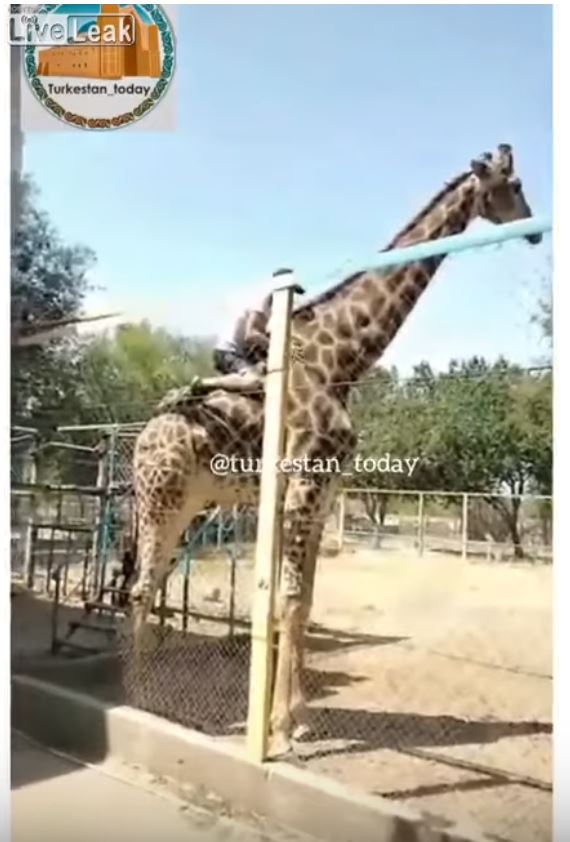 Then, when the bloody intruder is like, “Whee! This is bloody bonza,” the giraffe kinda remembers where it is and what’s going on.

It’s like, “Hang on. You’re not here to feed me. You’re not hear to clean the straw out of me bed; who are you? Seriously, who the f**k are you?” It gives a little wiggle and it ejects the prick like an old SNES cartridge. 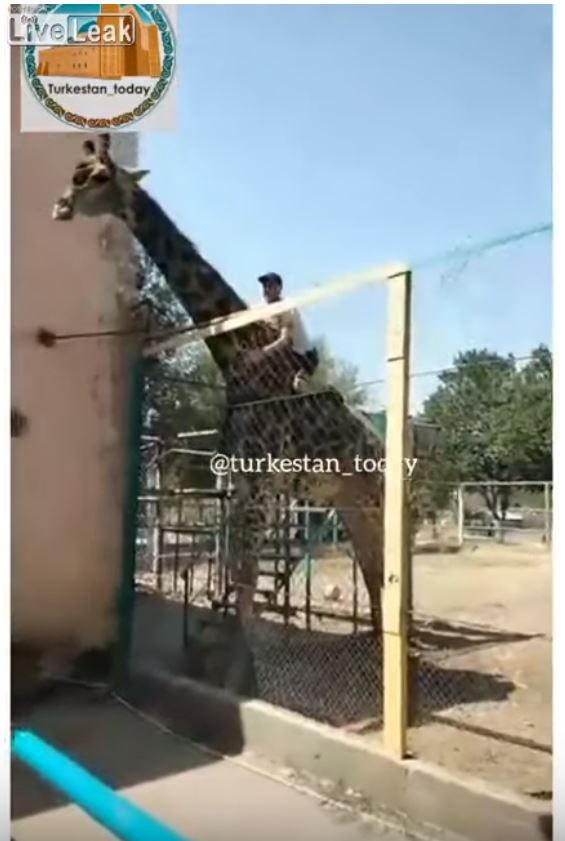 He doesn’t quite manage the hero landing, but he’s reasonably agile, and he’s silly enough to try it again. This time, the giraffe launches him into the fence with extreme prejudice. It’s like, “Necks time you’re gonna get your arse kicked, mate.”

From there, it’s a pretty unco escape attempt, and the giraffe is still not sure whether it wants to help or not, but you can watch it all unfold to see how it goes down.

Final thought: You know, we’re not sure if Harambe taught you blokes anything, but getting into the enclosure with the animals is a generally s**t idea. You really should try to avoid it.