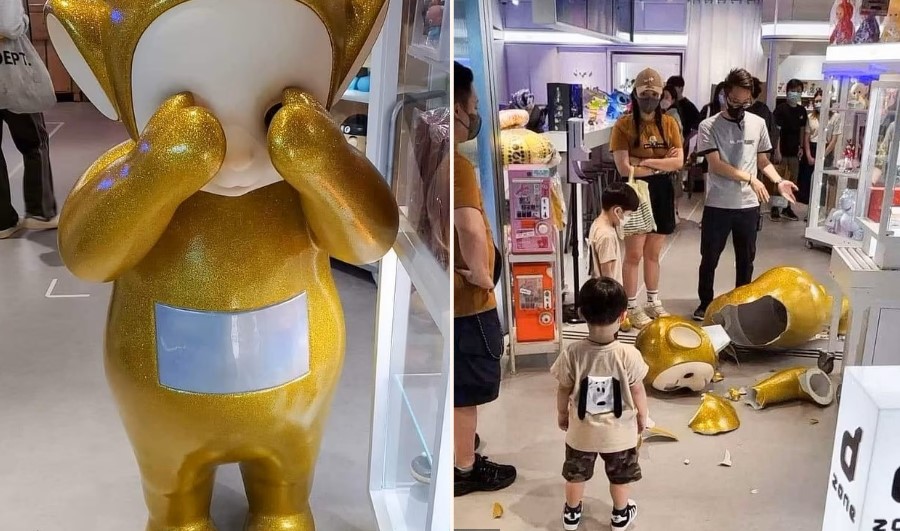 Dad forced to pay $4,200 after son knocks over golden Teletubby in store

We’ve all heard the saying ‘if you break it, you bought it’, but in all honesty, we’re not sure most of us really take the idea seriously. Yeah, nah, it seems like one of those empty threats people throw around without any real backing. Apparently, though, it’s f**ken not. Yeah, nah, just ask this bloke who was forced to pay over four-thousand bucks for a gold Teletubby after his son was accused of breaking it.

All right, ya big bewdiful b**tards, we’ll get you started with a little more context here, and then we’ll move on to the crux of the story. Cheng was shopping in KKPlus, a designer toy store in Hong Kong when s**t went down. 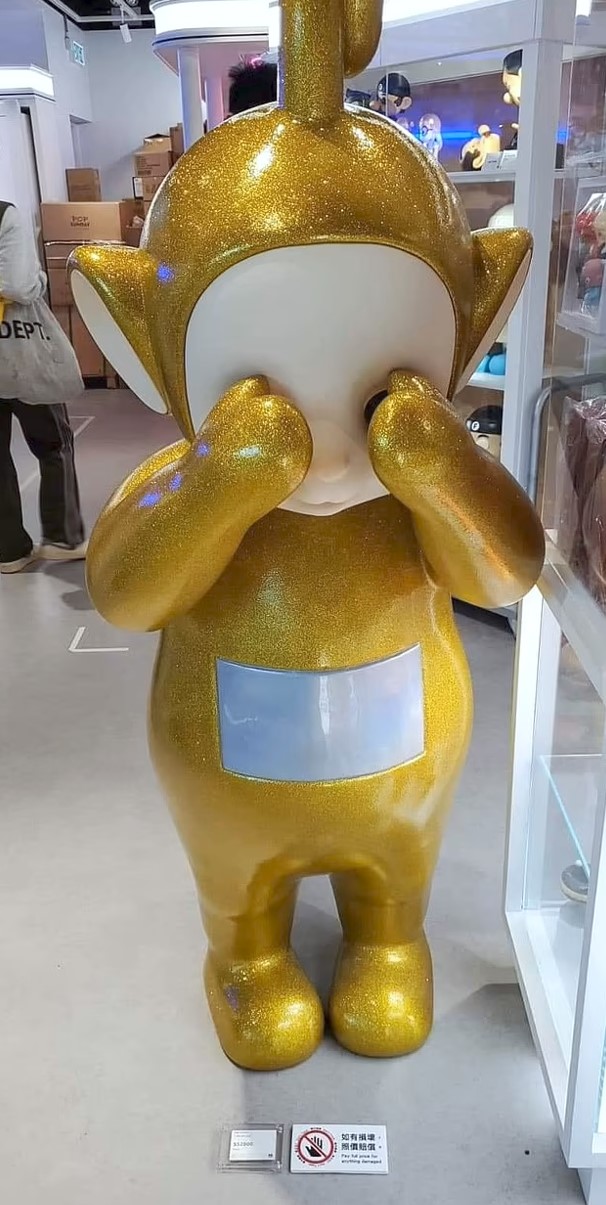 Cheng made the unfortunate mistake of taking his eyes off his little bugger when he stepped outside to take a phone call. Of course, this was the same moment he heard a big f**ken crash! When he looked back inside, he saw two things: his son and an obliterated Teletubby.

“My son was motionless,” he reckons. “He was staring down, looking at the toy.” 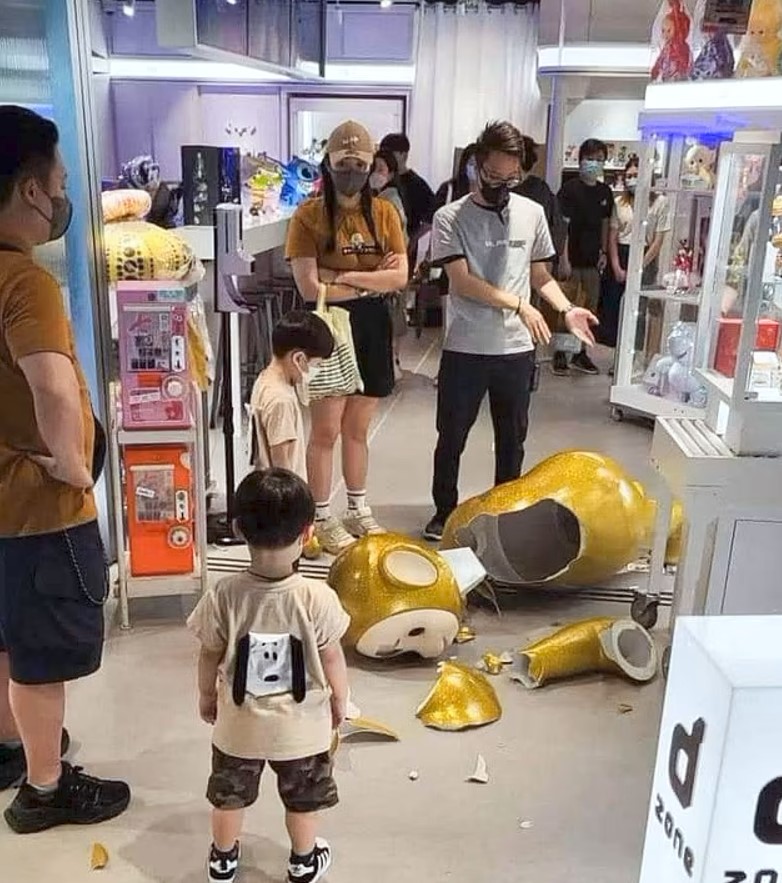 And then s**t got serious. Staff members told him and his wife that their son had been seen kicking the gold Teletubby and charged them $33,600 Hong Kong Dollars. In Aussie dollarydoos, that’s more than six-grand. In US Dollarydoos, it’s more than four-grand.

But here’s where things get f**ken sketchy! After watching video footage of the incident, he realized they were bulls**tting him. The video shows the little whippersnapper leaning on the toy, but there’s no kicking. Naturally, Mum got in touch with the store and hit ‘em up for a refund. 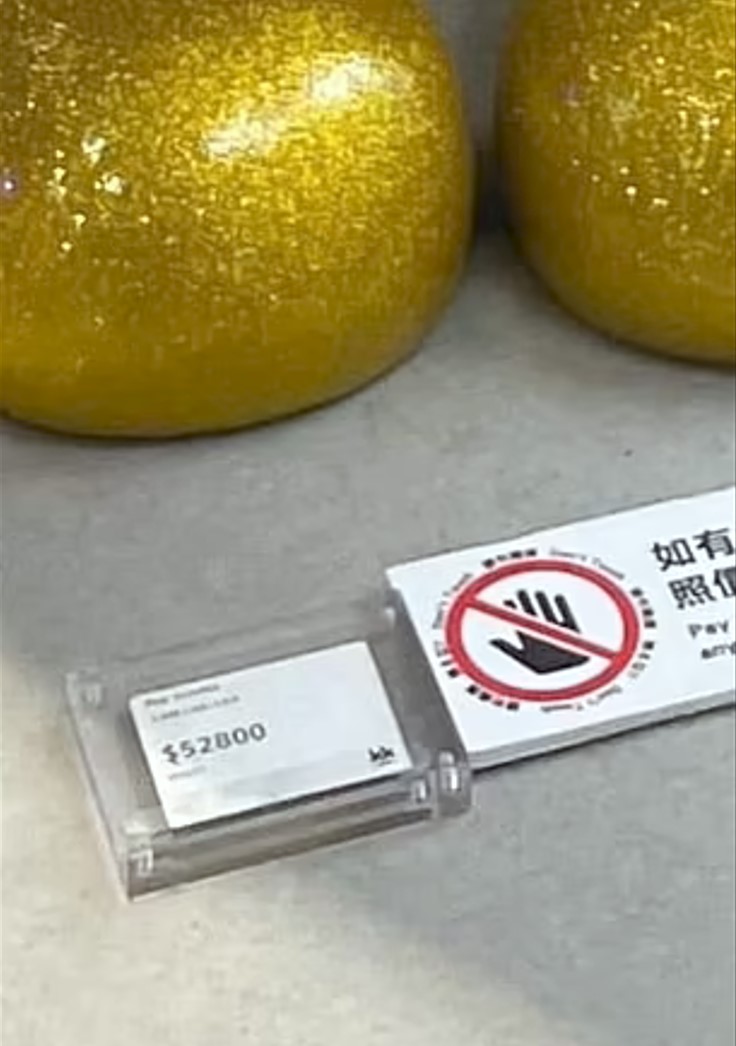 In response, KKPlus released a now-deleted Facebook statement saying, “This large-scale decoration is actually a prototype of the first printing. The official pre-sale price is 52,800 HKD. The decoration is only for viewing and has no toughness to withstand pressure. We did not charge the family more than the cost price of the goods.” 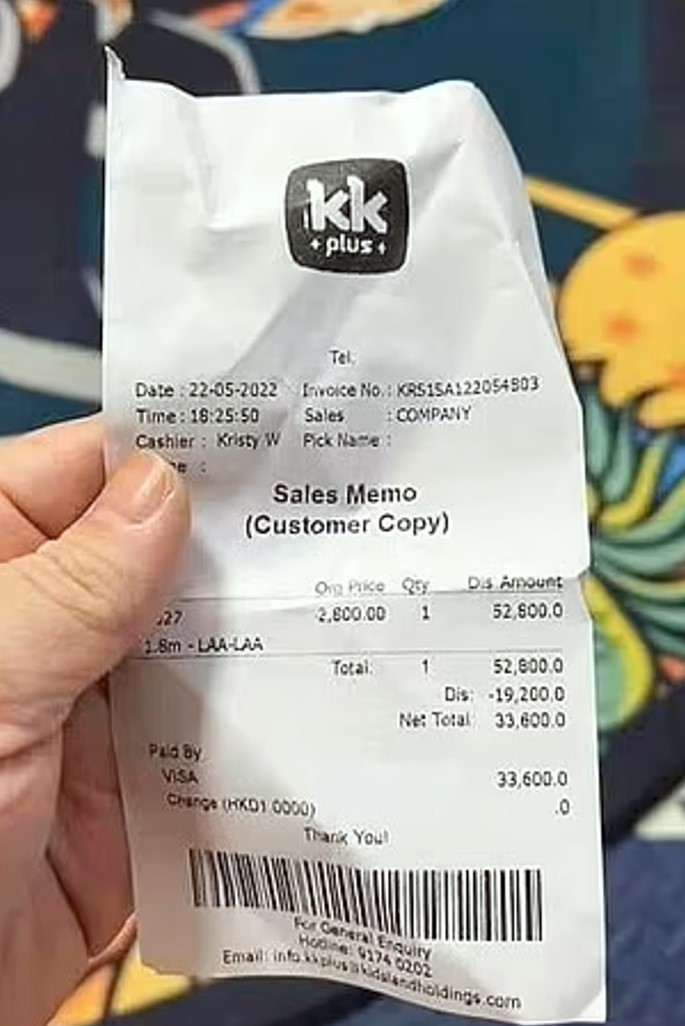 After video of the incident went viral, though, they changed their tune, apologizing to the family, and issuing a full refund.

Final thought: Yeah, this is a tricky one. The store really ought to secure s**t like that, but at the same time, you need to keep an eye on your kids. After all, it’s hard to say the little fella actually broke the toy, but if he did, it would have been a costly mistake. All that aside, though, what have your tin lids broken in public? Let us know.

Just in case you missed it, here’s one of Ozzy’s latest commentary videos…Ozzy Man Reviews: Cats being dodgy $5