Employee confronts boss with $258.5 million lotto ticket he bought from her store

If there’s that one dream we’ve all entertained, it’s the one about winning the lottery and taking some time off work. Depending on who you speak to, some blokes and blokettes are like, “I’d tell the boss to cram his job sideways up his mudmaker,” while others are like, “You know, I probably wouldn’t quit, but I’d definitely take some time off and see the f**ken world.” In this video, you can actually see a dude’s reaction live and in the flesh…

What we really like about this video is the cool nature of the guy who’s got the winning ticket. This guy is the proverbial cucumber. Deadset, he’s cooler than an Inuit’s nutsack. Have a go at him. 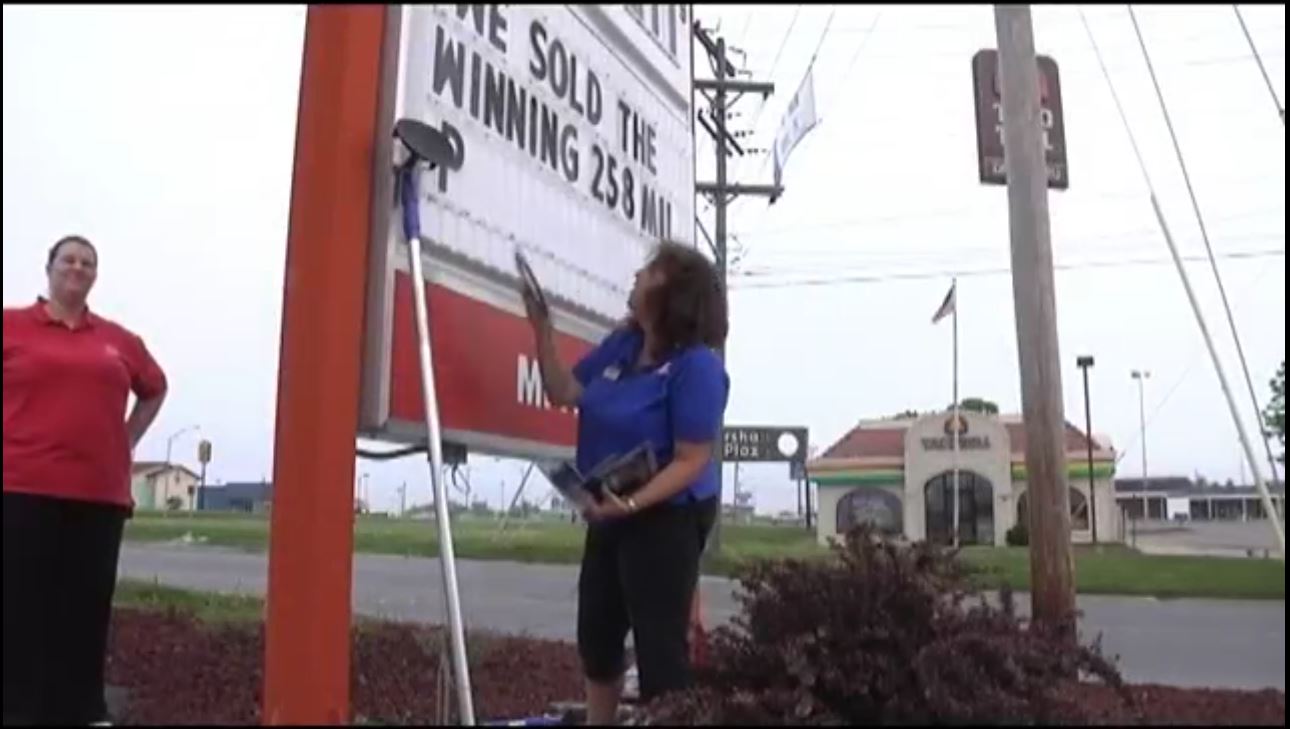 We join the video as the boss is signposting the news that the local lotto winner came from her store. She’s having a chuckle and saying she’d like to know who won the big $258 million dollar prize when one of her employees lets her know he’s gonna need some vacation time. 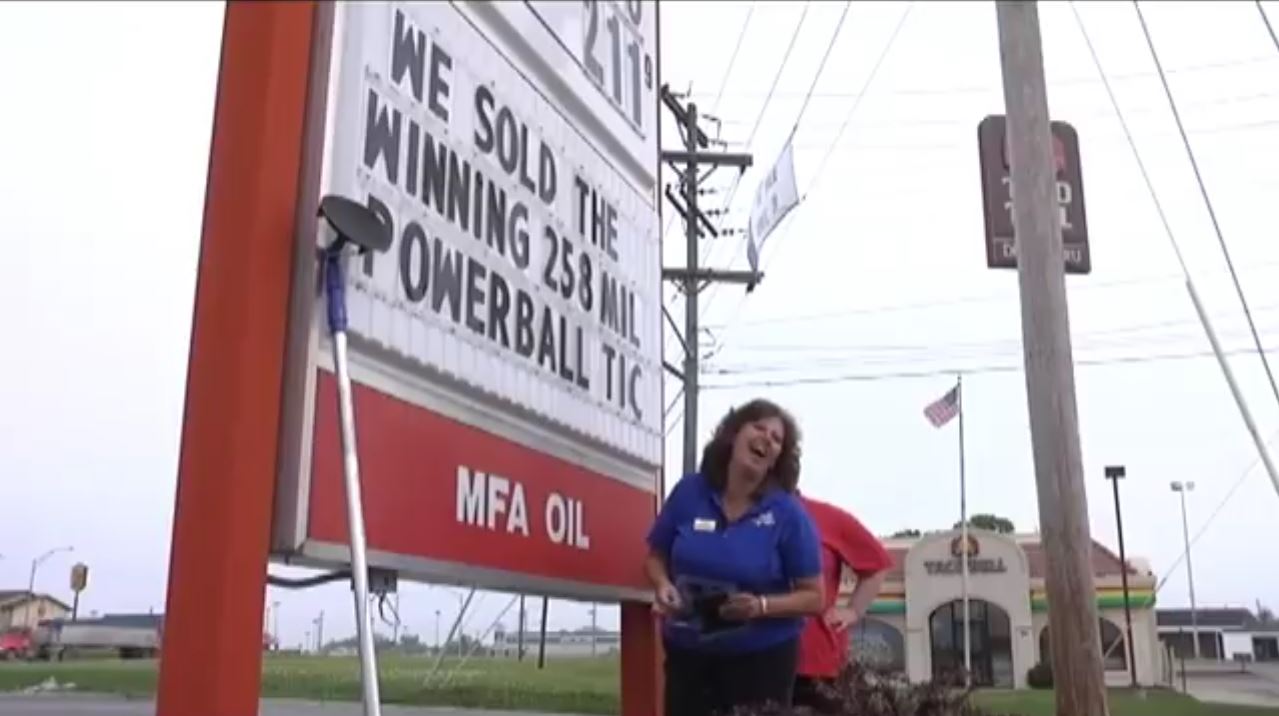 Debbie, though, she’s straight down the line. She laughs at the upstart and says, “I don’t think so, honey!” Loosely translated into Ozzy for ya, that means, “You’re bloody dreaming, mate.”

That’s when he pulls out the big guns. And by ‘big guns’ we mean ‘his lotto ticket’. “Where do you check ‘em in at?” he asks.

Naturally, she thinks he’s pulling her f**ken leg. And, let’s be honest, they work together, they seem like they’re close enough to have a laugh. At no point do we think there’s anything untoward going on here. OK, maybe when she’s got that ticket in her hand she’s wondering if she could outrun the b*stard – who wouldn’t – but this is a f**ken grouse situation for everyone involved. 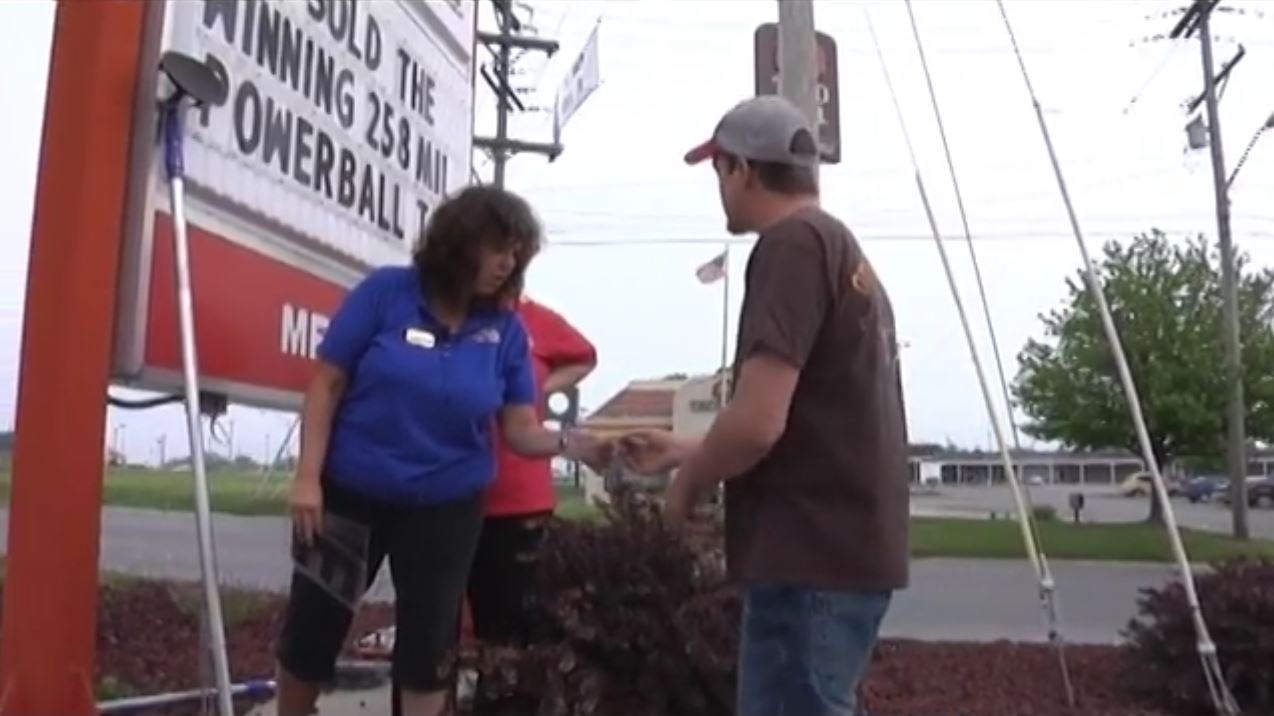 From there, the inspector has a look, and while the video seems pretty heavily edited, it looks like old mate got his face on television and everything. Anyway, you’ve probably heard the notion that many lotto winners blow it within a short amount of time, but we’re not sure what old mate did with his funds.

There seems to be an idea he got some good financial advice, which is a pretty f**ken smart move and the first thing I’d do if I was in his position. Without being cheeky, let’s hope he saw to those chompers – although, with the going rate for dentists, the b*stards would probably clean him out. 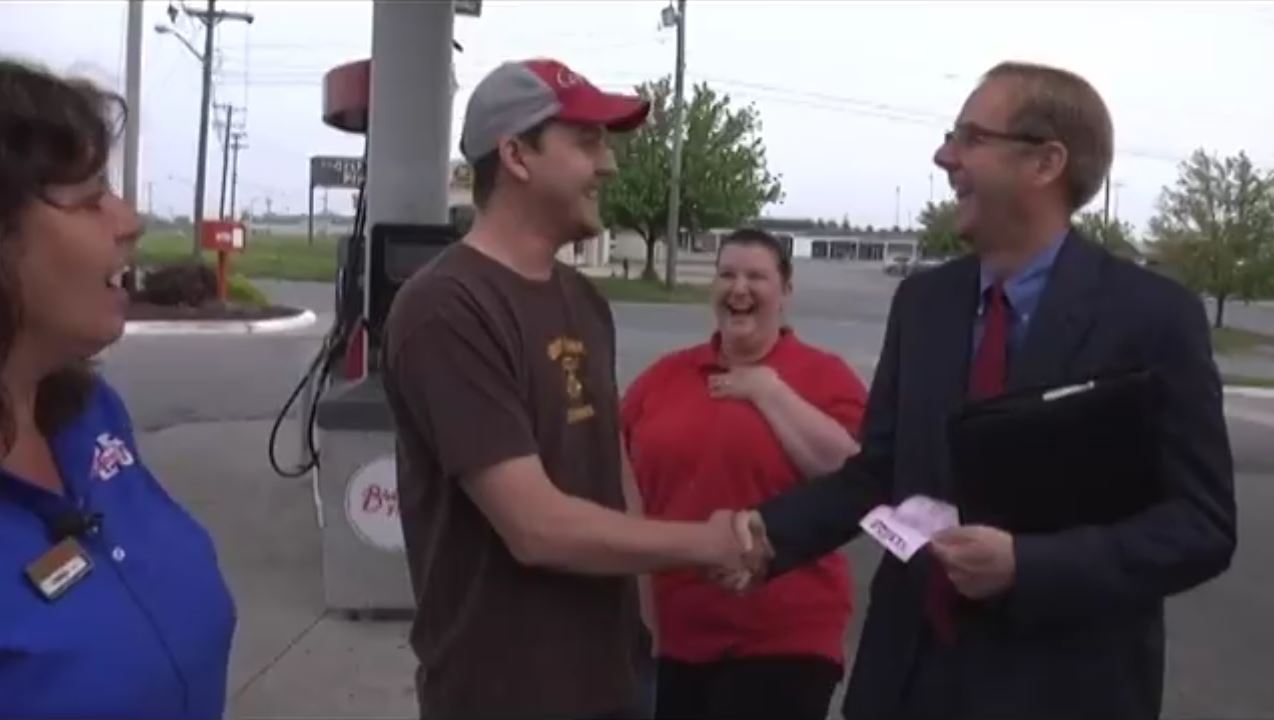 Final thought: This is a bit of a heart-warmer this one. You’ve got to be stoked for the guy. He seems like a top bloke, and he’s certainly pretty cool about it all. Anyway, good on ya, fella. As for you guys out there in Facebook Land, how the f**k would you react if you were in his shoes?