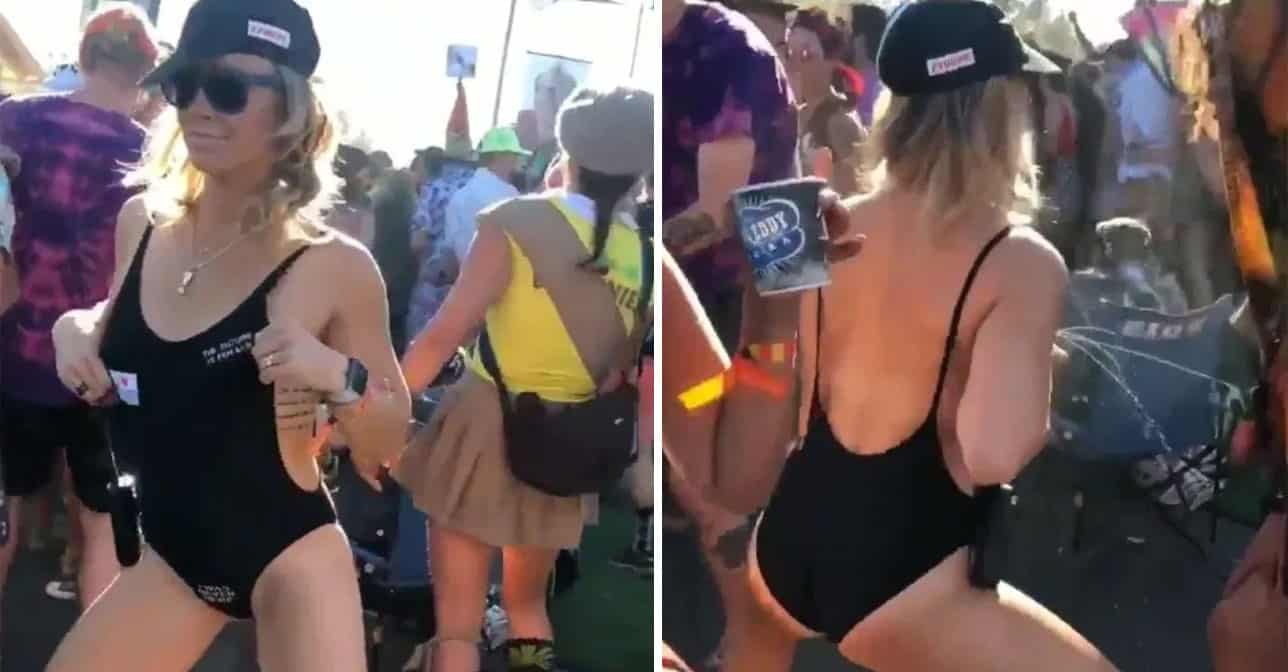 The world takes all sorts and that’s no secret. You know what we’re on about, one bloke’s heaven is another bloke’s ‘Oh, f**k no,’ and all that. Well, today’s video is all about that s**t. Basically, we’re attending a doof-doof festival and some of the other attendees are a little bit freaky. Have a bit of a watch of the video down below to see what we’re on about, but make sure you’ve got your umbrella and your gumboots. You’re about to get doused.

Rightio, we’re heading to the Dirtybird Campout which happened in Southern California and while we’ve got no evidence to back this up – apart from stereotype and conjecture – we’re going to say we reckon there were more than a few drugs doing the rounds. 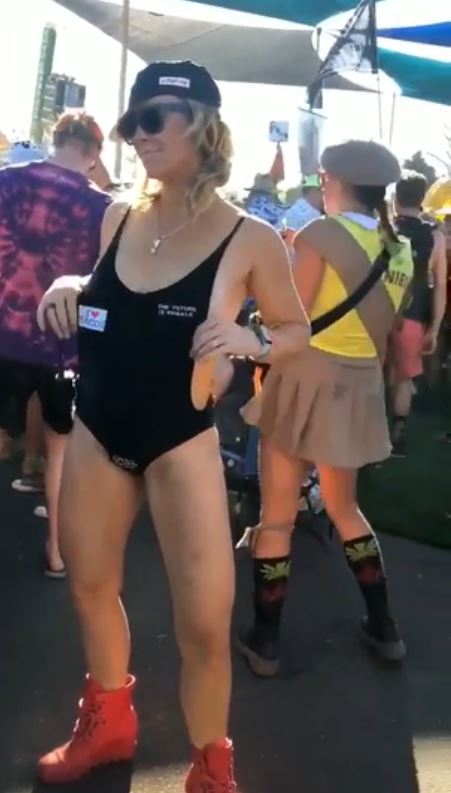 And that’s what brings us to the chick with the super soakers. Deadset, have a go at this lass. She’s in the zone. Yeah, she’s definitely in the zone and you can tell that by the blissful expression on her face and the way she dances like, well, like she’s popped a packet of party lollies. 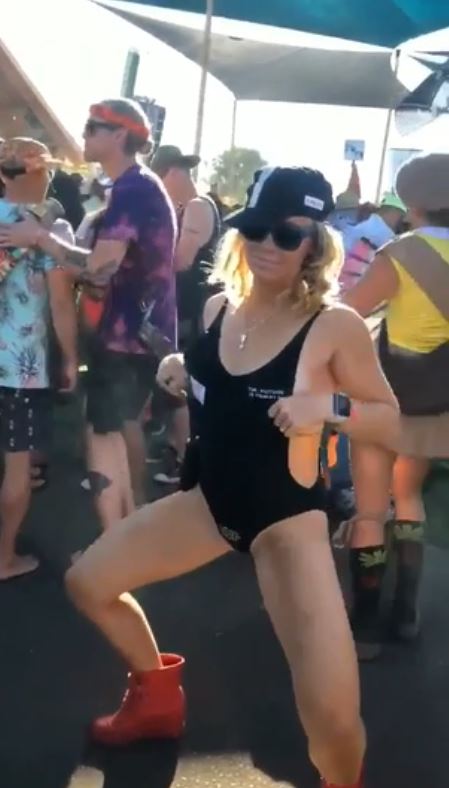 Perhaps tellingly, it seems like most people are already giving her a pretty wide berth. Yeah, at first, you look at all the space she’s got and you might wonder if she’s farted and people have had to clear the decks. 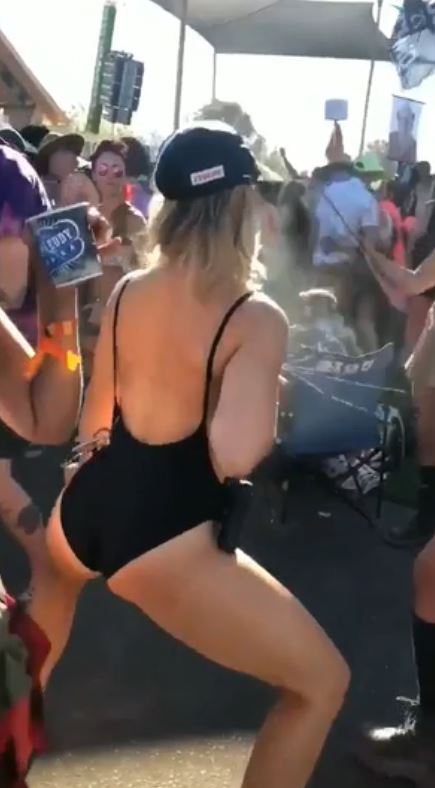 And then, things get weird. She starts giving her nips a bit of a flick before busting out the bazoomas and deciding that all in attendance need a bloody drink. Yeah, she pulls the bloody trigger and, as you can tell from the sound effects, people experience a strange mix of horror and elation. 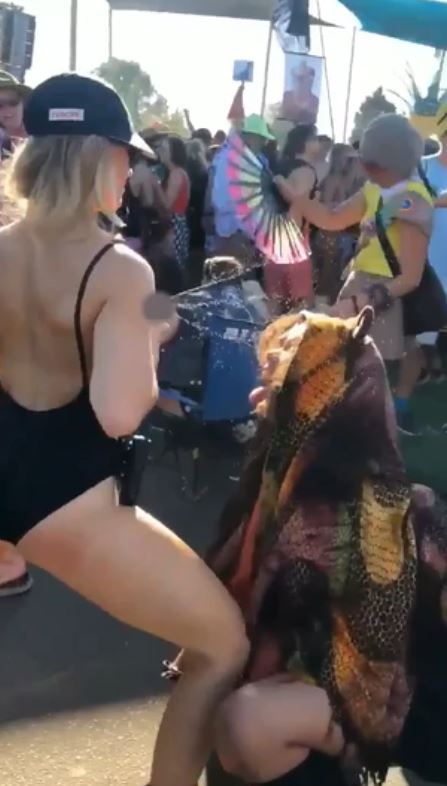 “Jesus Christ,” one bloke yells. A few more are calling down God as well. And then, another chick who looks like she might have partaken in the party pills comes down, assumes the position and has a shower. 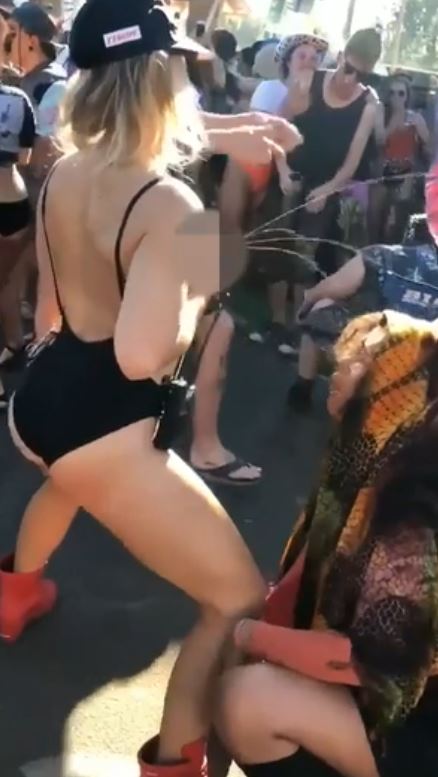 Anyway, check it out below…

Final thought: As we’ve said on a million occasions, each to their own. But, and we have to say this, when you’re gonna bust your freaky stuff out on an unsuspecting public, you might need to give a bit of a warning. After all, we dunno about you, but if we were doused in someone’s bodily fluids while trying to enjoy some doof-doof in the sun, we’re not sure we’d be too happy. How about you blokes?