Group of bears f**ken destroy a wolf in Dutch zoo

In the world of majestic-as-f**k predatory animals that feature heavily on tie-dyed t-shirts and dream catchers, there can only be one true king of the jungle. And today’s video, if you’ve got the f**ken stomach for it, settles that argument once and for all. Yeah, nah, don’t be mistaken, this is pretty f**ken hardcore – despite the fact a family filmed it while their kids watched on – and if you’ve got a soft spot for wolves, you might want to be certain you’re gonna watch the carnage.

Anyway, we’re heading to the Netherlands, and we’re going to the Dierenrijk Zoo. For a long time their wolves and their bears have lived together in harmony, but just recently, that harmony came to a bitter end. 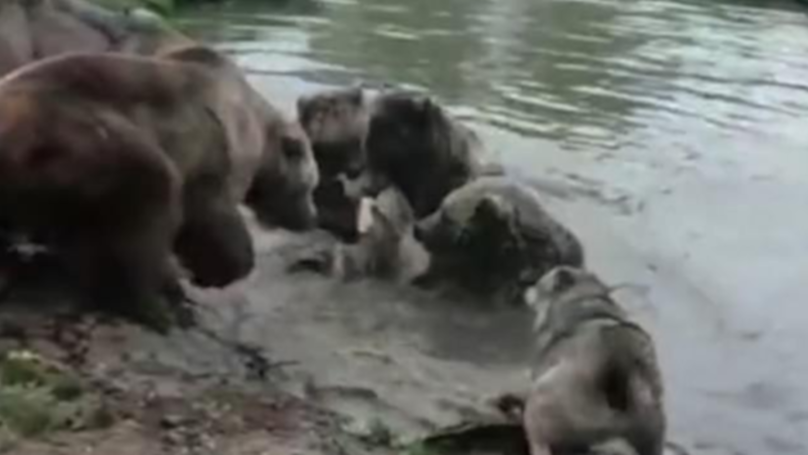 Apparently, the bears were chilling out in the water when one of the wolves slipped and fell in. The bears f**ken pounced. In unison, they latched onto the poor wolf and went to bloody town. You can see it all in the devastating footage down below, but be warned, it’s pretty tragic. 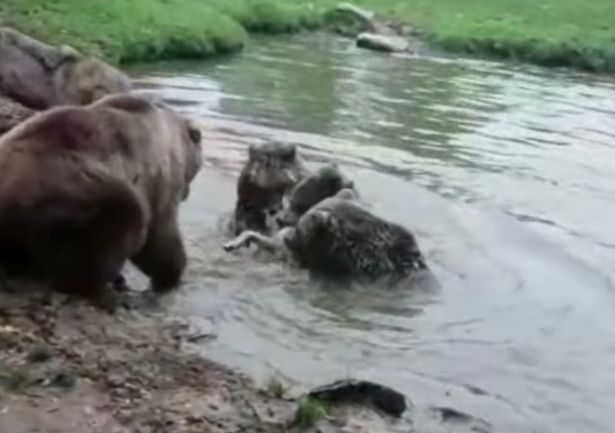 As the bears set about tearing the wolf apart, the rest of the pack do what they can to save their friend, but it’s pretty evident there’s only one winner here. The wolves are powerless to do anything and their mate is f**ken murdered before their eyes. 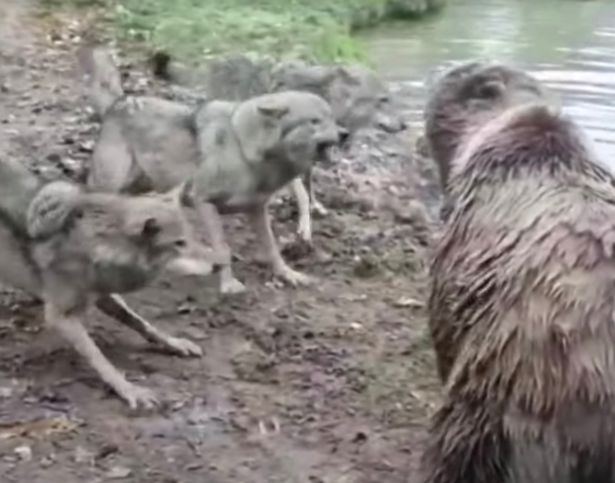 Visitors – with their kids in tow – filmed the whole bloody thing. At one point you can hear the kid yell, and without being an expert in Dutch, I’m fairly confident in saying the kid yells STOP at one point. If I’m wrong, I’m sure you’ll let me know in the comments.

The zoo has come out and issued a statement. In fairness, it’s pretty wishy-washy, but you know, at least they made an effort: they said it was an ‘incredibly unfortunate incident’. 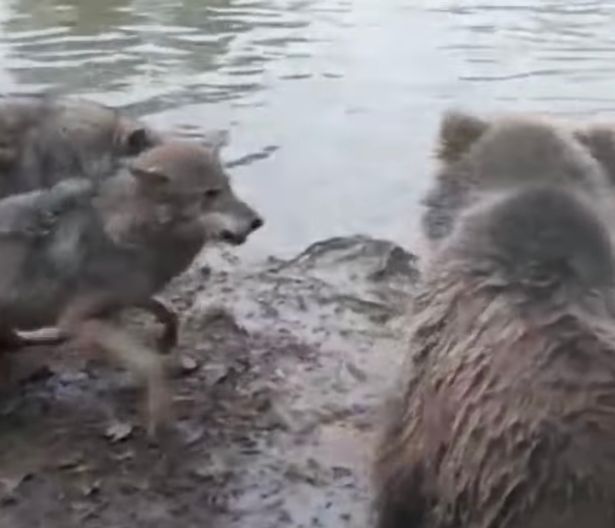 Final thought: Man, this one’s rough. We all know that nature is a nasty mother**ker and has no mercy to spare, but this is bloody horrifying. Bears are seriously not to be fucked with and once motions were in play there was no stopping it, but holy sh*t. What a shame.