The bear's attack was long and savage. Credit: SWNS

It’s been a while since we’ve featured a particularly brutal video of someone’s final moments on this website, and that’s for good reason. While we do sometimes think poachers and the like deserve it, it’s important to remember there are families out there who have to grieve a loved-one’s death. Having said that, sometimes these videos serve as a grisly public service announcement…

For an example of this, we need look no further than the man who has met his premature demise at the hands of a bear shortly after trying to take a selfie with the large predator. It feels almost condescending to say to people that this is a terrible idea – and while you may have seen some successful attempts online, bears are wild animals – and they can and will f**k you up.

The bear’s attack was long and savage. Credit: SWNS

The man, Prabhu Bhatara, was driving his SUV when he stopped to take a leak. It is believed that after spotting the animal he intended to take a selfie with it. Despite the warnings of his passengers, he could not be assuaged from his fatal course. 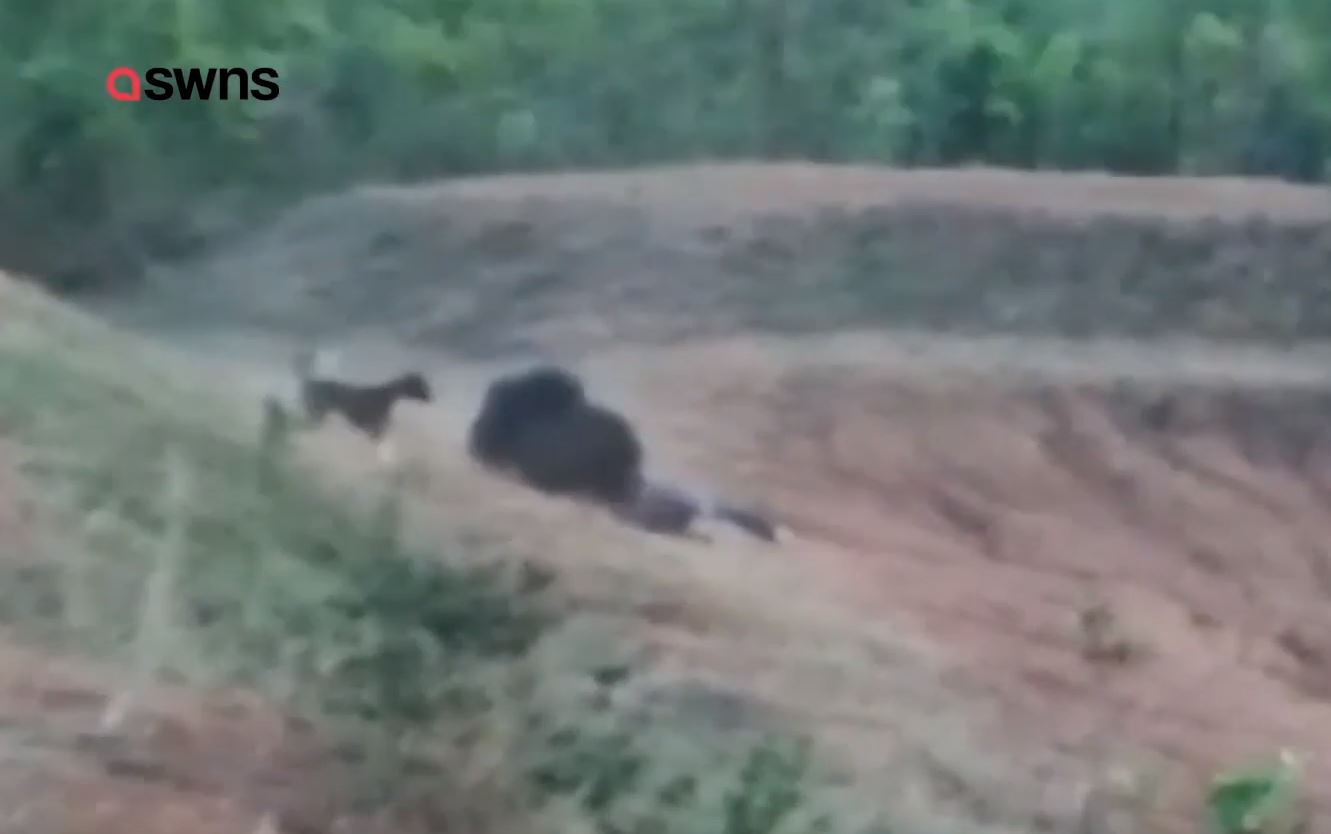 A stray dog tried to assist Bhatura, biting the bear, but was unable to help. Credit: SWNS

The aftermath is there for you to see in the video, and just as the title says, this video should not be watched by anyone who doesn’t want to see a bear mauling a man to death. Helpless bystanders could only watch as the bear savaged the man. The video lets you see the moment Bhatura’s thrashing and fighting comes to an end. The bear continues to throw his corpse around like a ragdoll.

At one point, a stray dog tries to intervene and attack the bear, but it is unable to save Bhatura’s life. The US National Park Service has capitalised on the incident and used it to warn people from approaching bears. “While [seeing a bear] is an exciting moment, it is important to remember that bears in national parks are wild and can be dangerous. Their behaviour is sometimes unpredictable. Although rare, attacks on humans have occurred, inflicting serious injuries and death.” 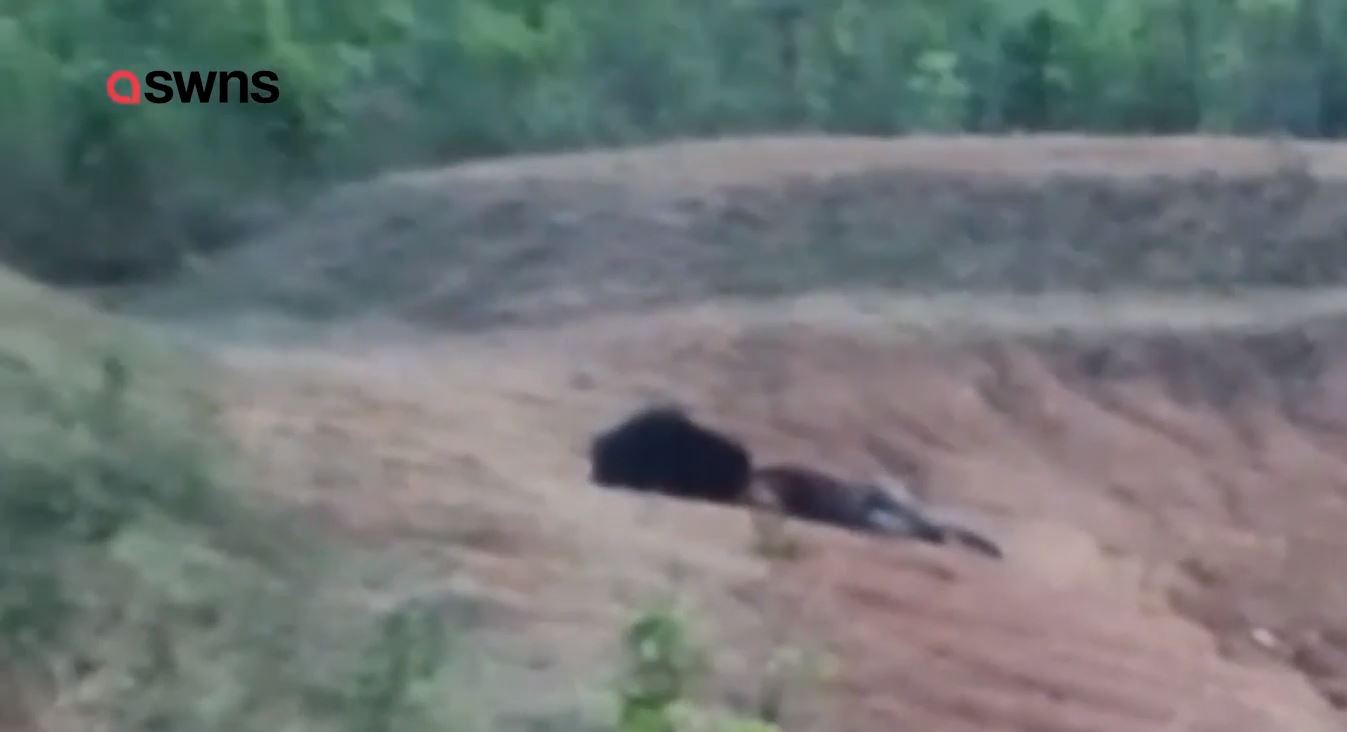 Bhatura died on the scene. The bear is being treated for its injuries. Credit: SWNS

Final thought: It’s a sobering prospect to think that a moment of reckless behaviour can result in such a horrifying death. We’ve got our own share of dangerous critters here in Ozzyland – as do many other countries. No matter how much you think this stuff won’t happen to you, don’t take a silly risk that’ll leave your family mourning your loss.