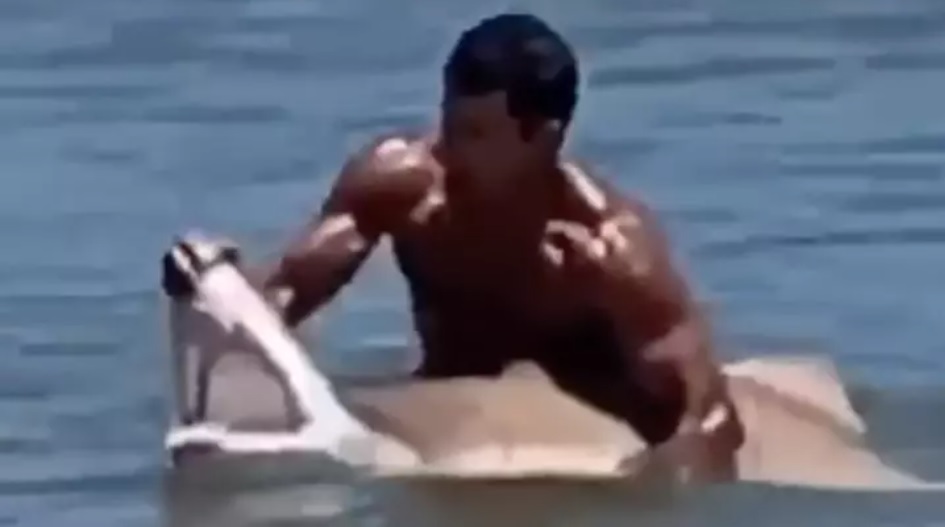 If you’ve ever been to the beach, there are probably more than a few things you’re expecting to see. There’s obviously sand, surf, sunbathers, beachballs, board shorts, bikinis and lifeguards. One of the things you probably don’t expect to see is a swimmer having a f**ken wrestle with a fairly large shark before holding its mouth open as he works his shark-whispering magic. Still, that’s exactly what happened at Cape Henlopen State Park Beach in Delaware last weekend.

Yeah, nah, people were just going about their business when they noticed the cheeky bugger flopping about with something large and fishy. Naturally, they whacked their cameras on and started to film. One of the sheilas who captured some footage of the bizarre event is Delaware native Rachael Foster. 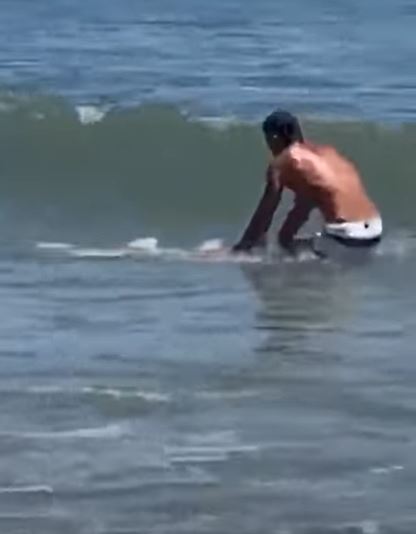 When you watch the footage, you’ll see old mate doing battle with the creature, and you’ll hear people giving it the proverbial ‘what the f**k!’ 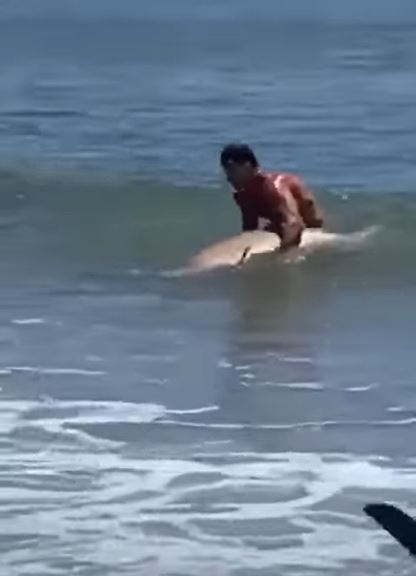 Apparently, though, he wasn’t striking a pose or mistreating the creature. Yeah, nah, he was more like a mouse plucking a thorn from a lion’s paw. As Rachel explains: 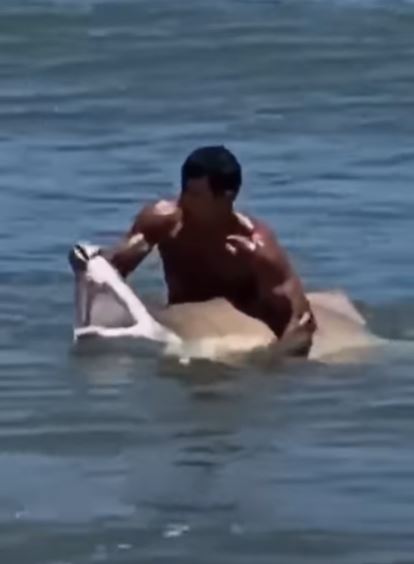 “He did this by the book and was totally legal with it! His buddy simply caught a shark he went out opened his mouth to get the hook out, than he went deeper into water turned the shark around and released it! Please please read up on the Delaware laws and the proper way to release a shark that’s been caught.” 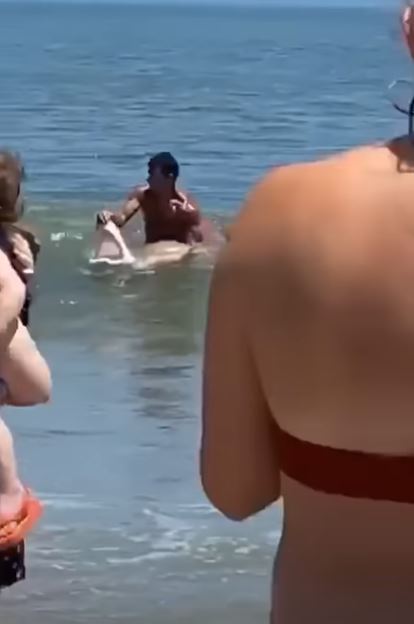 Yeah, apparently, if you hook a shark in Delaware, you’ve gotta release the b**tard immediately. Considering that, this shark-whispering son-of-a-bitch is a f**ken legend.

Final thought: This is definitely one of those videos that shows things aren’t always as they seem. It’d be pretty easy to just assume the dude was doing the wrong thing, but if the story’s right, he’s risked his own safety to help the bloody thing. What a f**ken champ. That’s why this top bloke award is all his.