We’ve often said that we now live in a world where any foot you put wrong can be filmed and quickly uploaded to the internet. The result of that can be pretty extreme. Obviously, there’s the humiliation that can come with being embarrassed, but there’s also the way the tide of public opinion can turn on you. Of course, the video is usually uploaded by someone other than the subject, but every now and then, someone buggers up and posts footage that incriminates themselves…just ask YouTuber Brooke Houts. 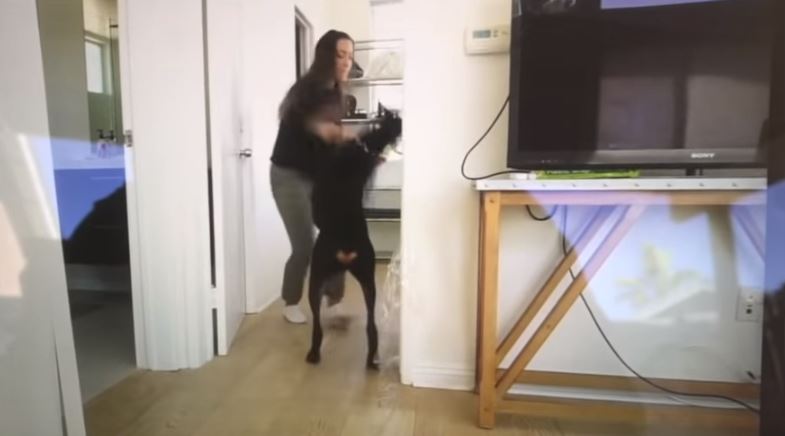 So, if you don’t know who Houts is, she’s an American chick with about 330-thousand followers. She’s been online for a couple of years now. She started out with vlog-style videos and now she posts a range of content for her fans. A lot of this involves her Doberman, Sphinx.

And this is exactly where she’s undone herself. When she thought she was posting a video of her pranking the dog, she actually uploaded a video that showed her hitting and spitting on the animal. To be honest, it’s pretty friggen disgusting. 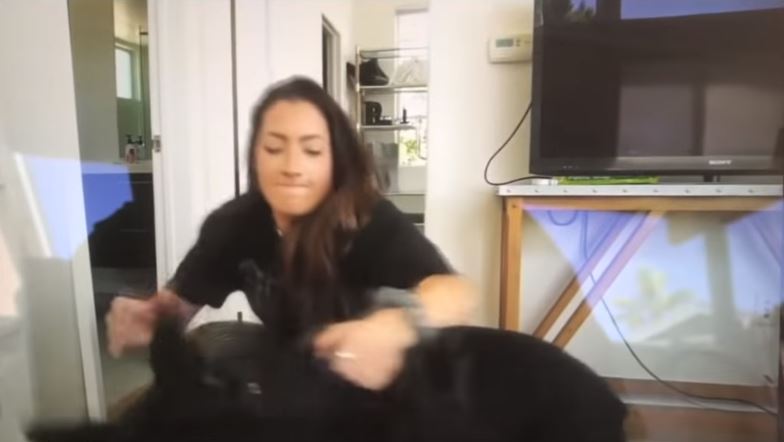 We’re not gonna go into detail explaining it all, because you can just watch it in the video below, but it goes without saying that people we’re pretty friggen pissy about it. Matter of fact, the LAPD is already looking into the video to see if there’s any abuse they need to know about going on.

“We are aware of the incident. Our Animal Cruelty Task Force has received numerous complaints about the video and we are currently looking into the matter.”

For what it’s worth, Houts has posted an apology for the incident, but we’re not sure it really comes across as sincere as it should. Why would you apologise to the public for this? Surely, you’d make it up to the animal itself, right? In all honesty, it feels like a desperate plea to not lose followers. 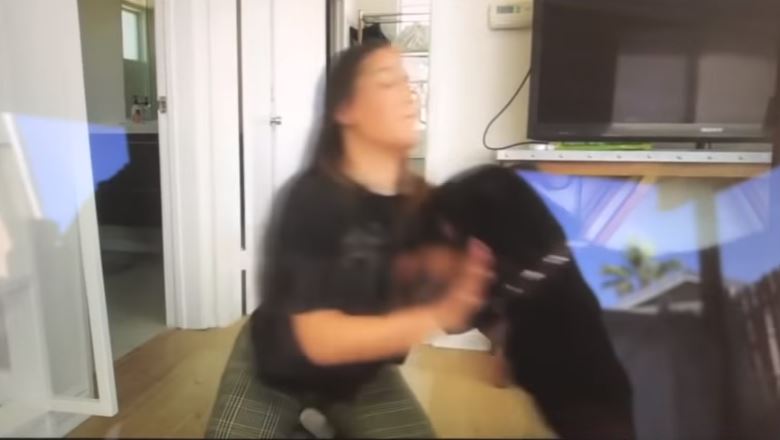 “Should I have gotten as angry as I did in the video? No. Should I have raised my voice and yelled at him? No. However, when my 75 lb. Doberman is jumping in my face with his mouth open, I do, as a dog parent, have to show him that this behaviour is unacceptable. I want to clarify that I am NOT a dog abuser or animal abuser in any way, shape or form. Anyone who has witnessed or heard true animal abuse will be able to clearly see that. My dog, in no way, shape, or form was hurt by any action that I displayed in this video.”

Final thought: Look, we’re just going to leave this one with you. Obviously, people online are pretty worked up about it and the fact there’s an investigation goes to show you that anything recorded can be used as evidence against you, but what do you guys reckon? Is this is as bad as it seems? Is the apology sincere? Should the dog be removed?