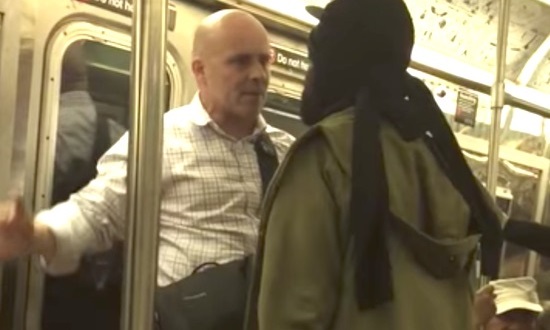 Here in Straya, we don’t actually have Subway systems, so our only knowledge of them comes from movies and the internet. That might be why the average Ozzy bloke or Ozzy sheila could be forgiven for thinking, yeah, nah about it.

Sure, they seem like a bloody efficient way to travel, but on the other hand there seems to be a fair bit of the sort of stuff you see in today’s video happening on subway lines.

Have a look at it. 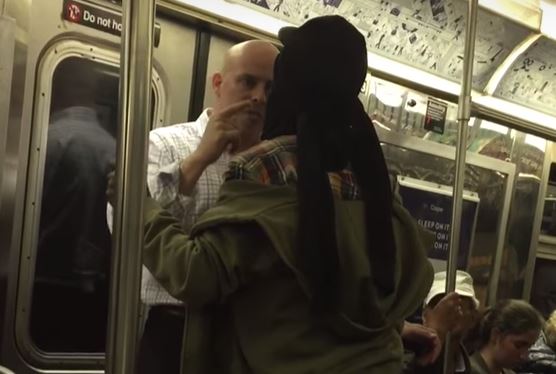 The video opens with two guys in some sort of stand-off. There’s not a tonne of context, but judging from their conversation there had been some sort of conflict when the black guy, henceforth known as Terry, had threatened to f*** someone because he didn’t like being touched. Seems a bit, counter-intuitive to me, but OK. 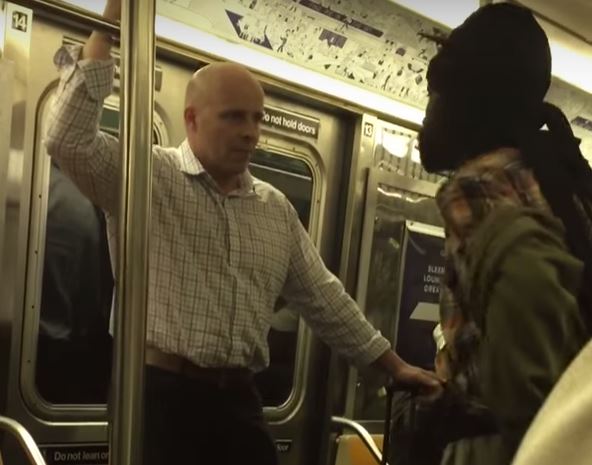 “You want me to get undressed here? In front of all these people?” (Credit: YouTube/Friendly Observer)

The white guy, who we’ll now call Barry, reminded him he was on the Subway and that they all touch each other. No word on whether that was an invitation to a f***ing of his own or not, but take it as you will.

From there these two blokes enter into a conversation that could probably be summed up like this: 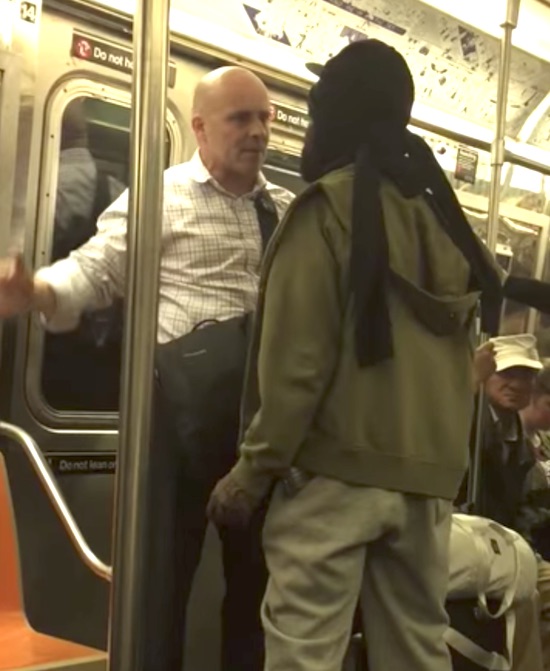 It’s pretty brainless, but there are some key moments. Terry’s humble brag that he killed his parents and was proud of it for example. OK, that’s pretty scary if it’s true, but part of me was really rooting for Barry to say, “yeah, well I killed my parents AND their parents.”

Nevertheless, this discussion probably reaches its highest point when Terry, in a moment of personal insight, tells Barry he’s gay. Again, it’s unclear whether this is meant as a threat or as a come-on. 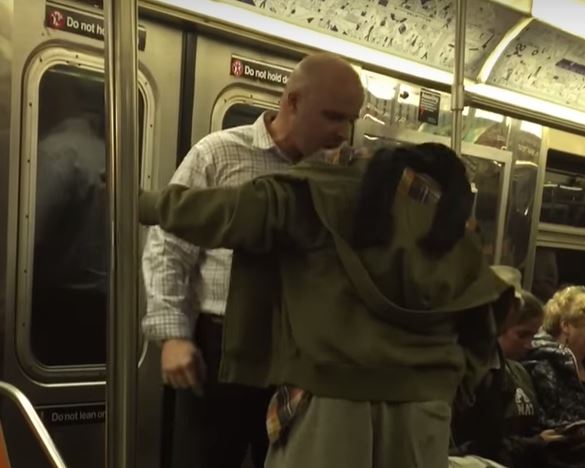 “Why, what’s that you got down there?” (Credit: YouTube/Friendly Observer)

Barry’s just like, “nah, yeah, you can be gay dude, that’s all right.” Not long after he tells Terry that he’ll stay with him until the end of the line just to make sure that Terry doesn’t hassle any more passengers.

So was it love at first sight for these guys? Was it pure hatred? I don’t know. All I do know is that train from Manhattan to Brooklyn is known as the D-Train. I’ll leave you to think about that for a while.