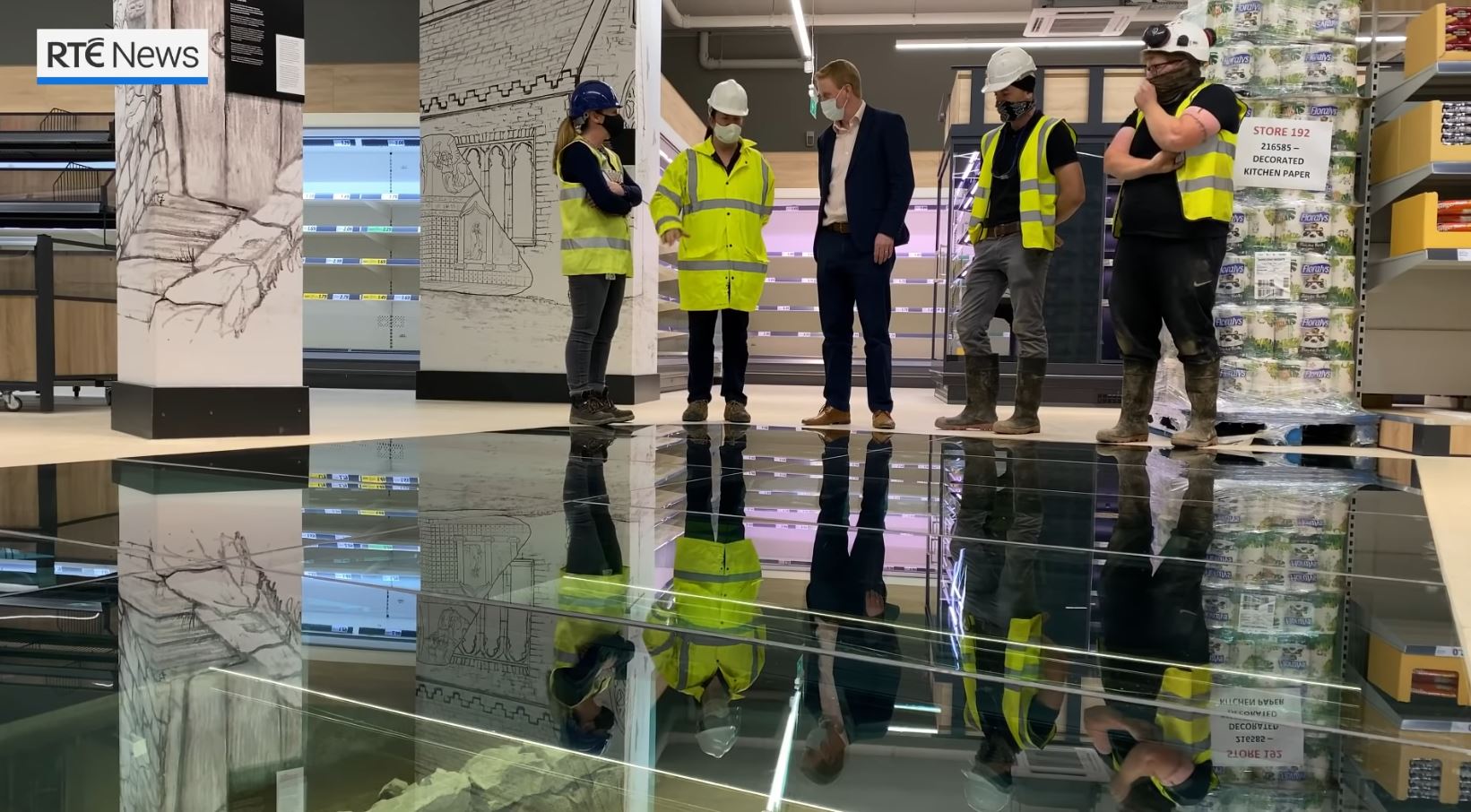 One of the things that’s really awesome about Europe is the fact that so much cool historical s**t is preserved in ancient structures. Don’t get us wrong, we realise that buildings aren’t the only things that make history important, but it’s pretty f**ken cool to walk around and see concrete remnants from the past all around you. Of course, that also means you’ve gotta find a balance between the old and the new. We reckon this Dublin supermarket has done a pretty good job. Have a squiz…

Yeah, nah, if there’s one group from history that we’d love to know more about, it’s the bloody Vikings. There’s just something super-cool about their horned helmets, their mythology, their warrior lifestyle and their epic poetry. 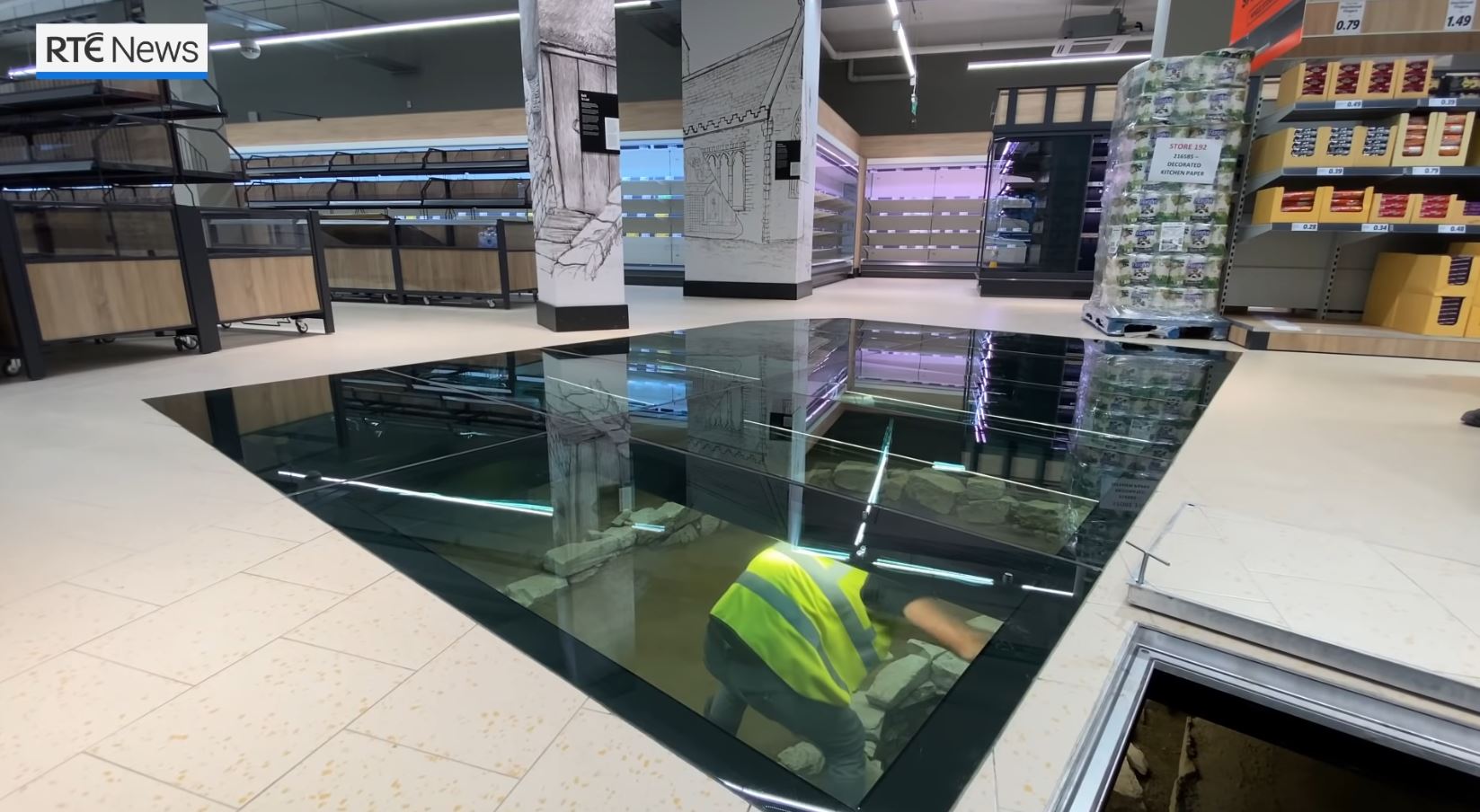 And before you say anything, we know that an awful lot of that representation is mythologised and infused with pop culture influences. We don’t care, and we’ll blood eagle the f**k out of anyone who tries to tell us that Vikings didn’t actually have horned helmets.

Anyway, let’s get to the point. In Dublin, the remains of a one-thousand-year-old Viking house were discovered underneath a local Lidl. The legends behind the counter let the experts come in and excavate the joint, but instead of just bricking it back up for posterity, they decided to make the thing part of the décor. 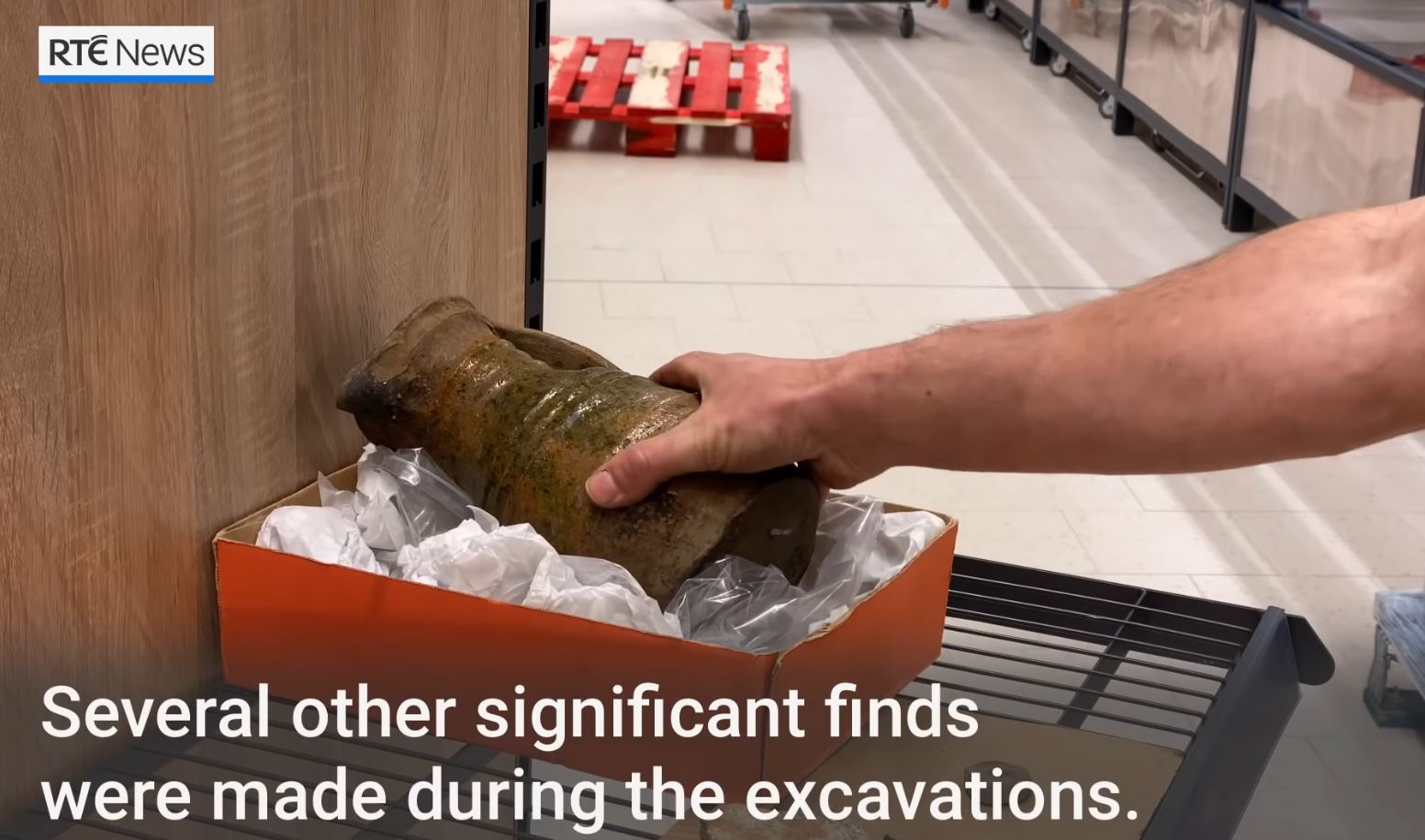 The shop integrated the archaeological find into the store’s design, meaning shoppers can see it while they cruise the aisles looking for Powerade and Panadol.

Paul Dufy, the site director, reckons they don’t know of anything else like it in the city. “It’s a domestic structure,” he says, “so you have to imagine that there would have been a suburb here of Hiberno-Norse Dubliners, who were effectively the ancestors of the Vikings.” 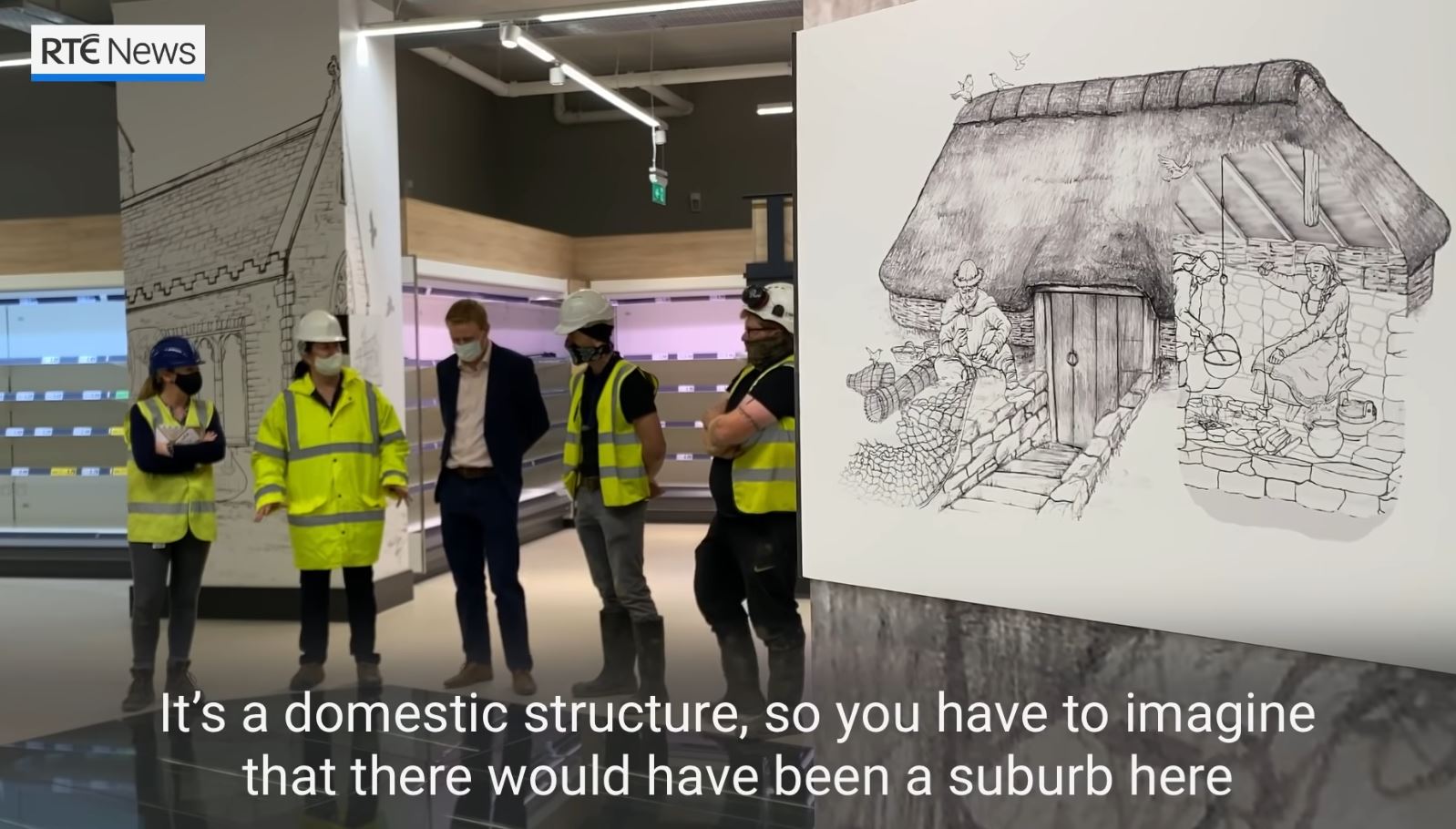 As an aside, the find is also reminding Reddit of Futurama.

Final thought: You’ve gotta love s**t like this. As we’ve mentioned, there’s tonnes of this awesome stuff in Europe, but it’s pretty novel to us here in Australia, and we love to see it. Anyway, let us know what other cool s**t from the past you’ve seen integrated into modern buildings.