Golf-pro loses concentration when cheeky sheila deliberately puts him off

We all know that golf is a sport that’s about etiquette, calm behaviour, gentlemanly conduct and a kind of aloofness you don’t see in many other sports. Of course, that’s just a stereotype. When it comes to the Phoenix Open, they’ve got the party hole. When the pros roll around to that one, anything could happen. Knowing that, you’d think they’d be prepared. After all, they wouldn’t want to lose their focus…

Obviously, we’re heading to Phoenix in the US for this one. That’s where golfer Webb Simpson was preparing to putt when a cheeky sheila up in the stands decided show him the goods. As you’ll be able to tell when you see the video, the atmosphere’s pretty raucous. That’s a bit of a surprise to us. We thought that kind of atmosphere only existed in the Happy Gilmore version of golf. 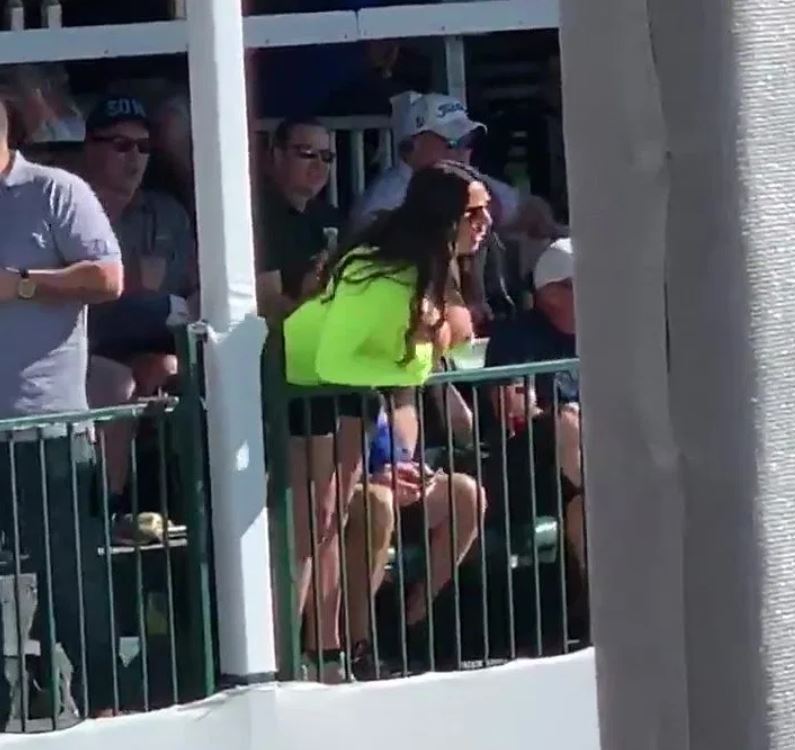 Apparently not, though. Yeah, nah, the sheila in this vid happily makes her way to the stand and it seems like she’s forgotten herself. For a moment there, she must be thinking she’s there for a mammogram, because she just rips ‘em out.

Obviously, the crowd’s bloody loving it. Don’t get too excited or anything, you can’t see much in this video, but one thing’s evident. She’s lucky she didn’t lose her centre of gravity and topple over the railing. 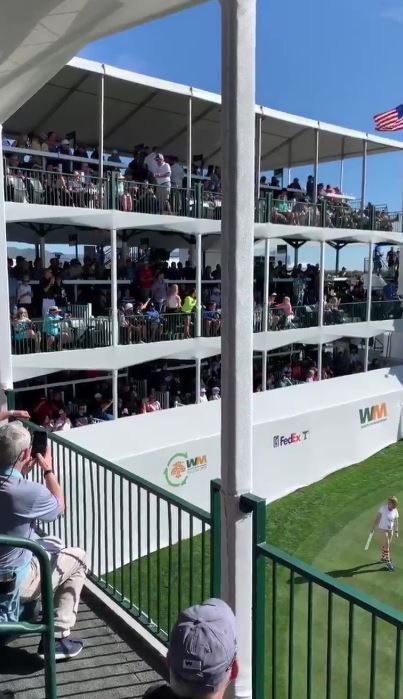 Apparently, though, Simpson wasn’t the only golfer to cop an eyeful. The uninhibited sheila is said to have spent most of the day swinging the rigs out and about while the competition’s biggest competitors tried to concentrate.

We’re not sure exactly how many golfers ended up missing their stroke, but in the video that’s going around online, you can hear someone say, “No wonder he missed the putt.” 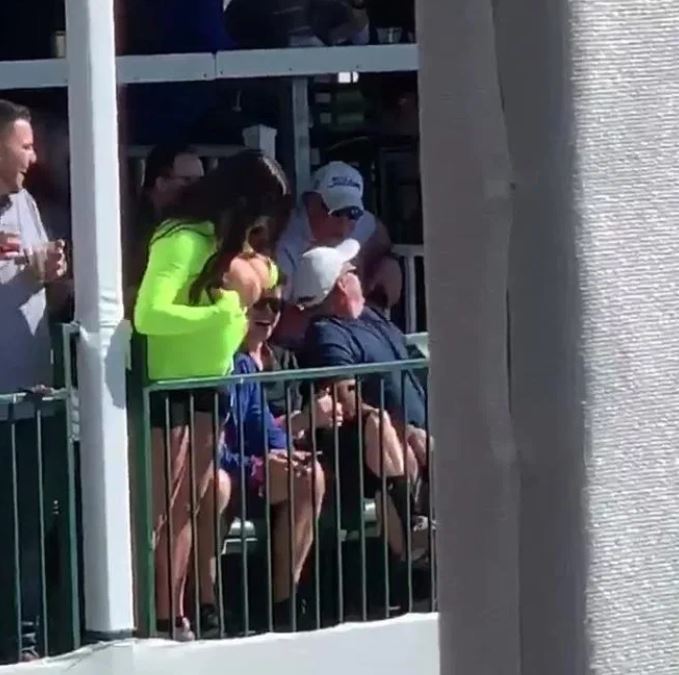 Final thought: Yeah, nah, it’s not the kind of thing you usually associate with golf, but what do you blokes reckon? Should golf invite a bit of loose behaviour, or is it better to keep it as a bastion of manners and decorum? Let us know in the comments section.

Damn you people this is golf, not a rock concert. pic.twitter.com/W5F1awZqKv