I’ve said it before and I’ll say it again, but FARK, African wildlife does not mess about. Imagine staying at a Safari camp and waking up in the morning to find out a pack of hyena had f**ken slaughtered a fully-grown Kudu bull in the camp’s reception area during the night. It’d bloody well make you think twice before going for a nighttime piss. That’s for sure!

So. The video, which is down below, is pretty bloody gory. OK, well, it’s not that gory, but if you’re squeamish you probably won’t like it. It begins with a couple of blokes carrying rifles heading towards the camp reception. 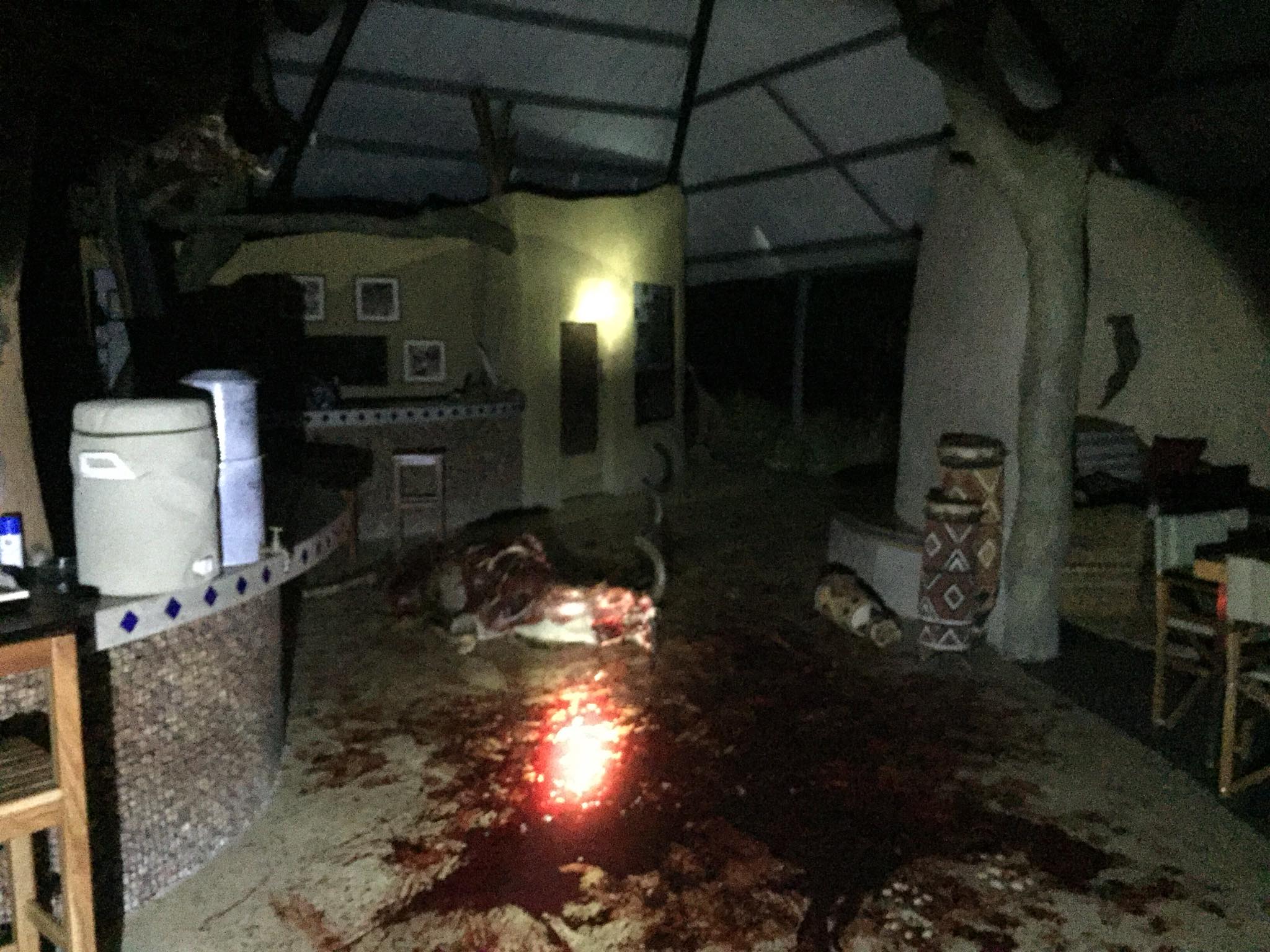 I’m not sure if that’s just how they roll, but considering the kind of hectic bullsh*t that takes place there, you can’t blame them for carrying a weapon. As I said before, imagine walking into that reception area to use the vending machine and being confronted by 14 f**ken hyena. It wouldn’t be a laughing matter.

Anyway, as the guys move into the reception area, bloody paw prints cover what was once an immaculately polished floor. Imagine the bloody smell. The thick, cloying tang of iron. Sh*t and piss. Wet fur. It would f**ken stink something fierce! 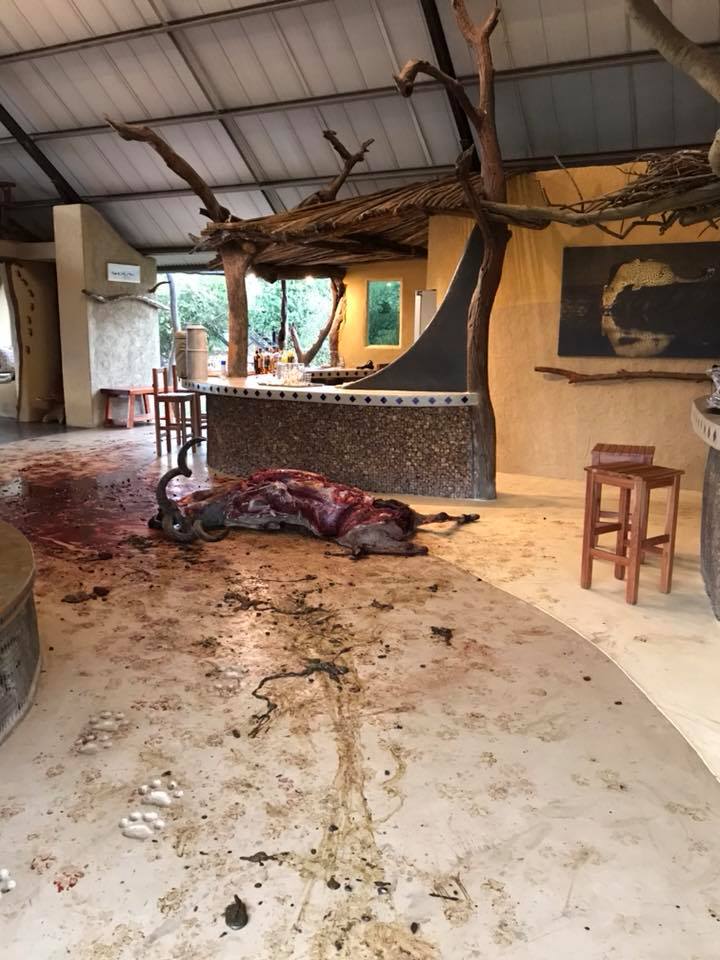 In a reply to a post on their Facebook page, the Kavinga Safari Camp, the camp where the attack happened, said:

“Our guests heard the commotion when the hyena chased the kudu into the pan below their room. The kudu then managed to break away & ran back towards camp, where the hyena exhausted it & brought it down right in our reception area. Hyena are often noisy when making a kill but this was all unusually quiet with just the sounds of the kudu’s hooves. There is currently a pride of 15 lion on our concession so perhaps that was why. The hyena were startled when our staff walked into the reception & dining area to see what happened. After taking some photos of the kudu kill & all the chaos in the reception area, the carcass was then removed for the hyena to finish off their meal.” 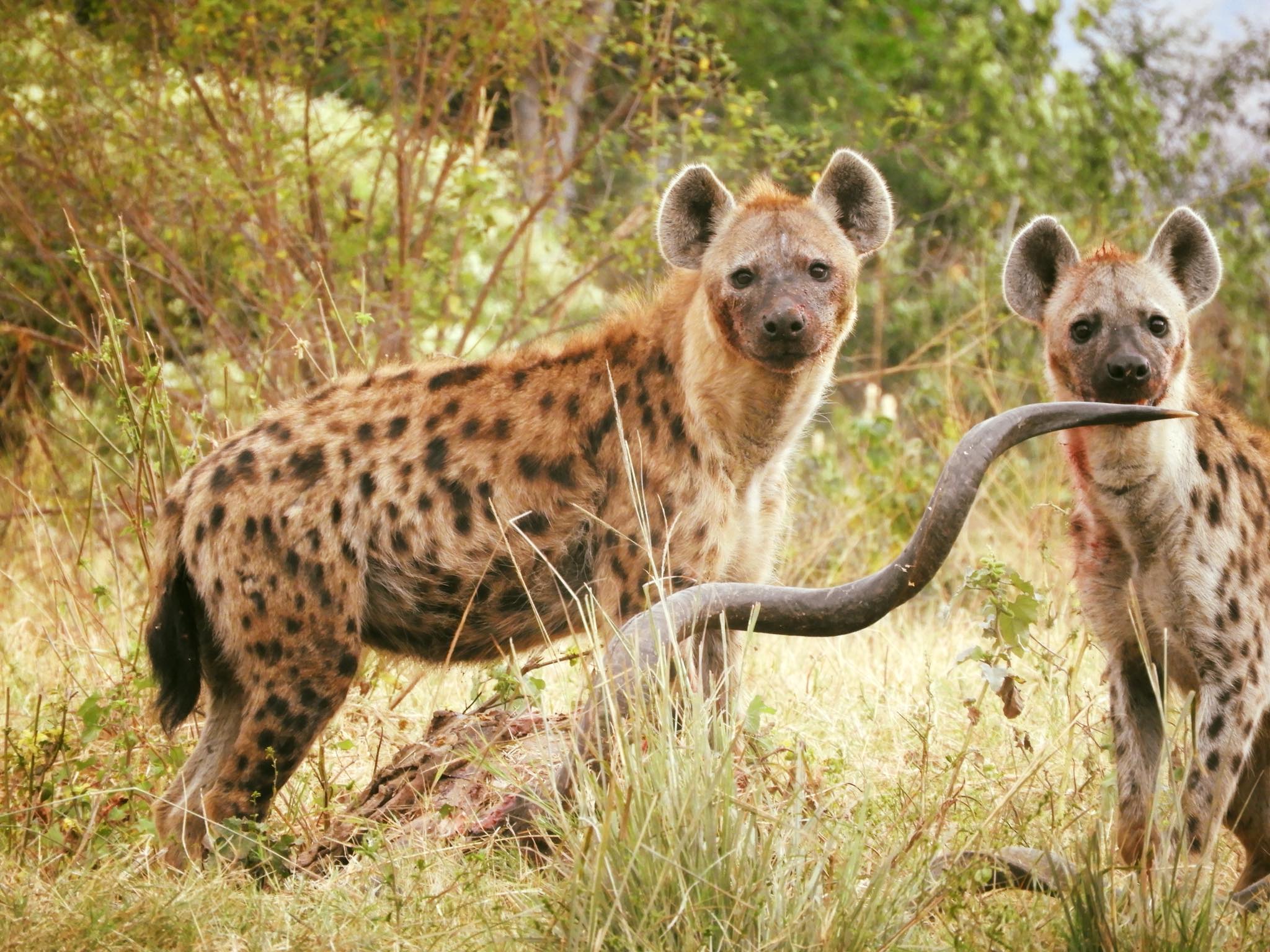 The bull was taken outside where the Hyena could eat in piece. Credit: Kavinga Safari Park