Mother Nature, that big bloody legend, is a pretty fickle sheila with moods and quirks that shift like the tides and a sense of humour as cheeky as her fits of rage. One minute, she’s smashing the f**k out of some poor locale with a natural disaster, the next she’s casting enough shlong-shaped marine worms onto the beach to populate an entire seaside sausage-fest. Deadset, check these little critters out.

Now, you may have seen other sites use a headline that calls these things fish. Truth told, they’re not, but whatever, it doesn’t really matter too much. These things come out of the ocean and they look like wriggling ding-a-lings, writhing womb-brooms, and pulsing peckers. 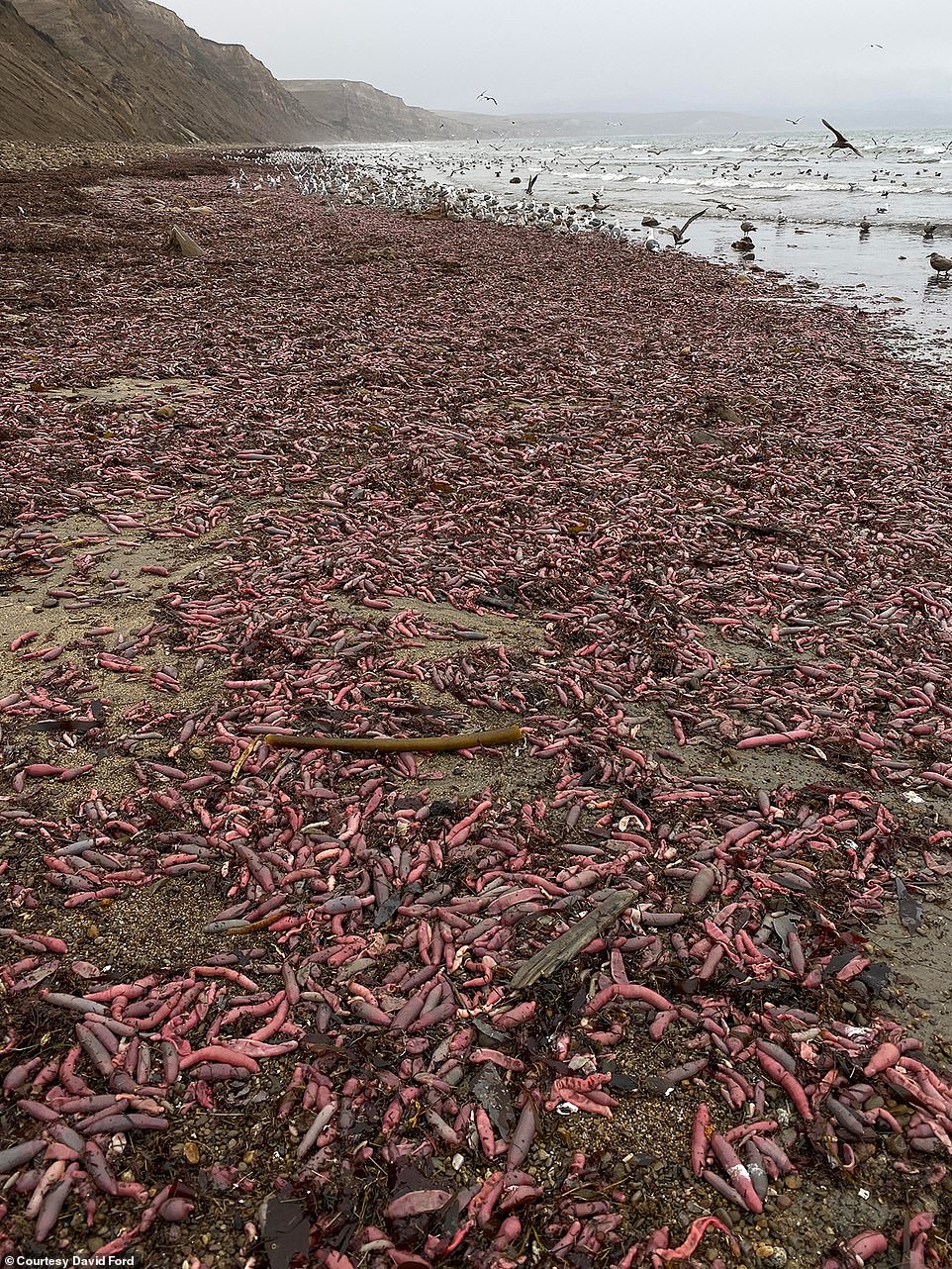 Technically, though, they’re actually fat innkeeper worms. They live underwater where they burrow in the mud and sand. On December 6, however, there wasn’t much burrowing going on. Yeah, nah, they were all hanging out at Drake’s Beach in California.

Ivan Parr, a biologist, was the first to notice them. He reckons a storm carried them ashore. “I’ve heard my share of imaginative theories from beachcombers,” he says, “Such as flotsam of a wrecked bratwurst freighter, but we’re seeing the risk of building your home out of sand. Strong storms — especially during El Niño years — are perfectly capable of laying siege to the intertidal zone, breaking apart the sediments, and leaving their contents stranded on shore.” 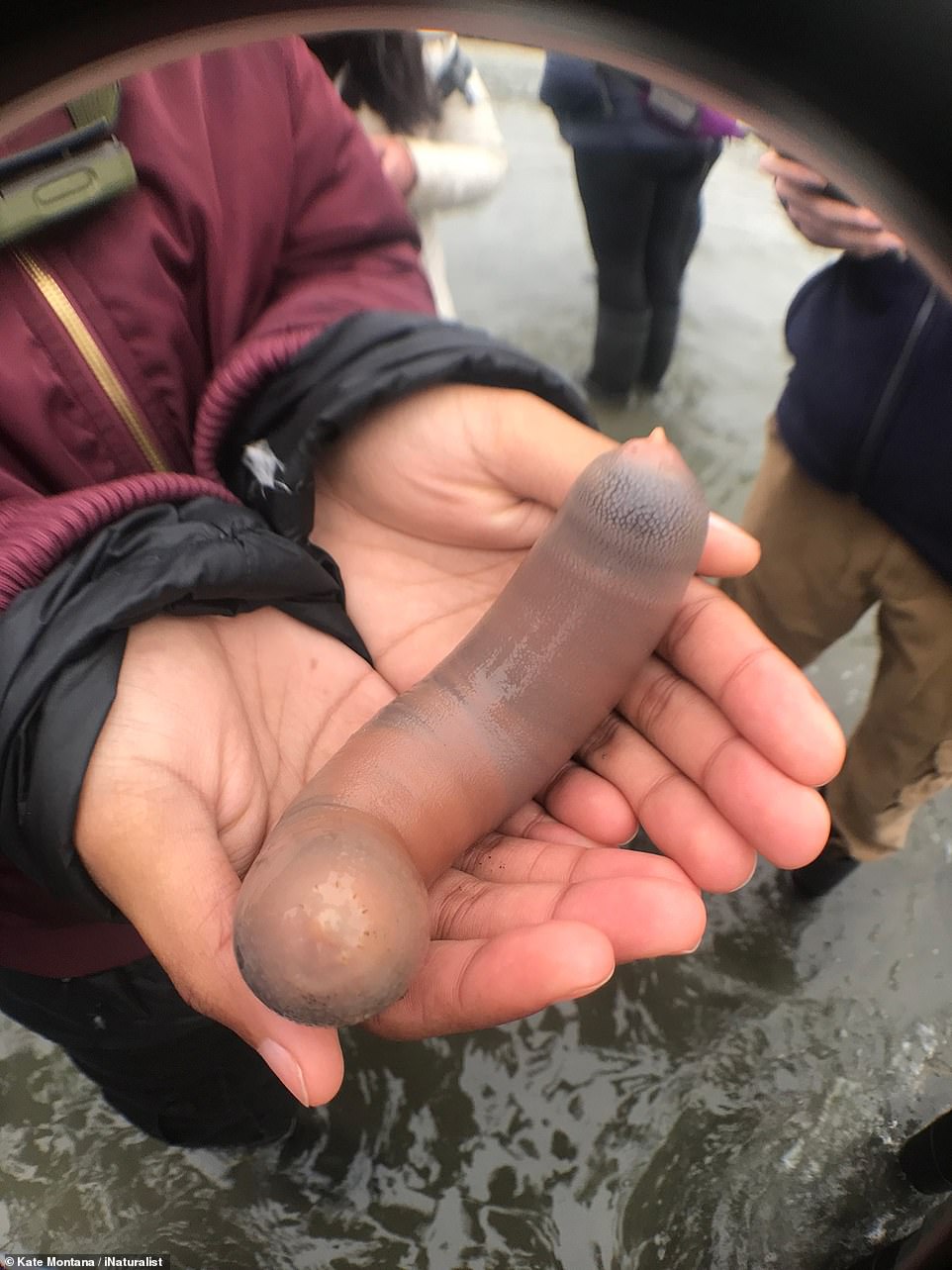 The worms, a type of spoonworm, are a pretty f**ken old species. They’ve been on the planet for some 300 million years. When you consider they’ve had to deal with bloody everyone telling them they look like dicks for a fair chunk of that time, they’ve put up with a lot.

Still, that doesn’t stop them being a delicacy in parts of Asia. Apparently, those guys see these things and the first thing they think of is popping them in their gob. To each their own, we say. To each their own. 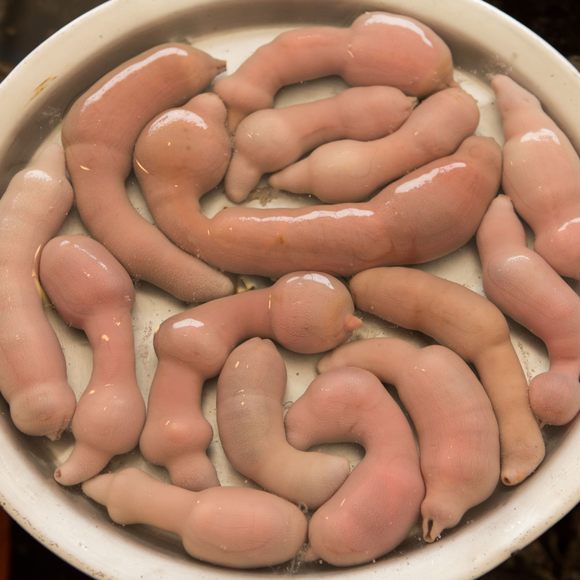 Final thought: As we said, Mother Nature’s got a sense of humour. Putting all these living dongs together in one place is kinda funny, even if it does get you gagging a little bit first. If she throws up some bearded clams next, they’ll be in for a proper party!