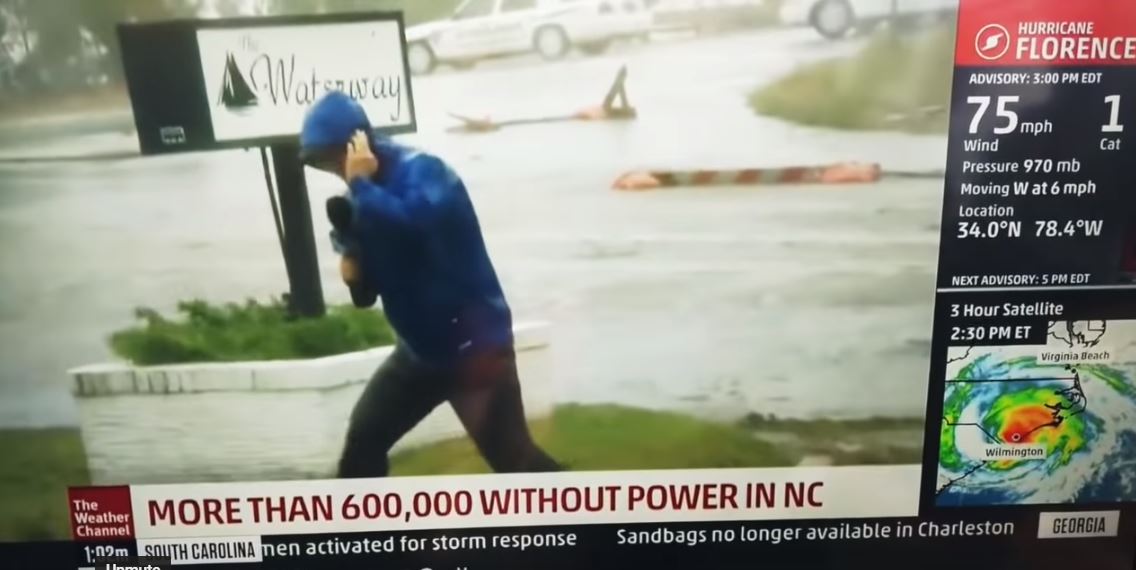 During a f**ked up storm like Florence, you wanna make sure you’re not putting yourself in harm’s way, you’re only venturing outside when you really have to, and you’re taking care of you and your own. It’s easy to downplay the effects of a storm – and the resulting flash flood – but we’ve seen a few of our own here lately, and there’s a reason no b*stard likes them. They’re sh*t. So spare a thought for the intrepid weatherman who had to give a first-hand account of the devastating effect of the storm’s winds! 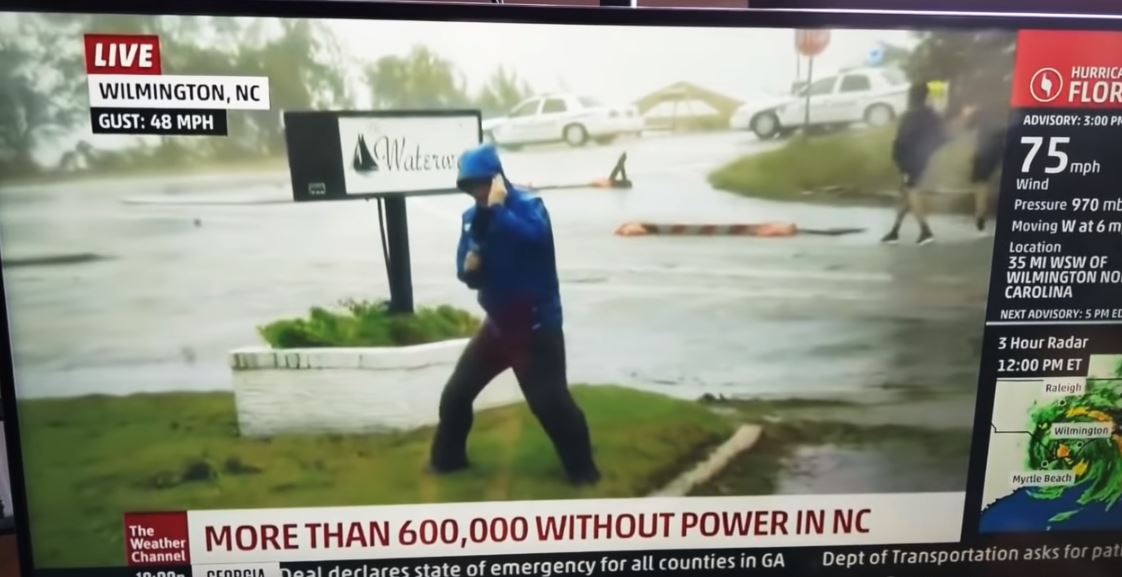 Who’s this coming onto the screen? Credit: The Weather Channel

Have a go at this cheeky prick, will ya? There’s no green screen and casual f**ken job cracking dodgy jokes as a method of seguing from the sports report to the information you can get just by looking out your window for him. He’s pulled the short straw and volunteered as a sacrifice to the weather gods. It’s up to him to get outside and show us just how strong the winds actually are. 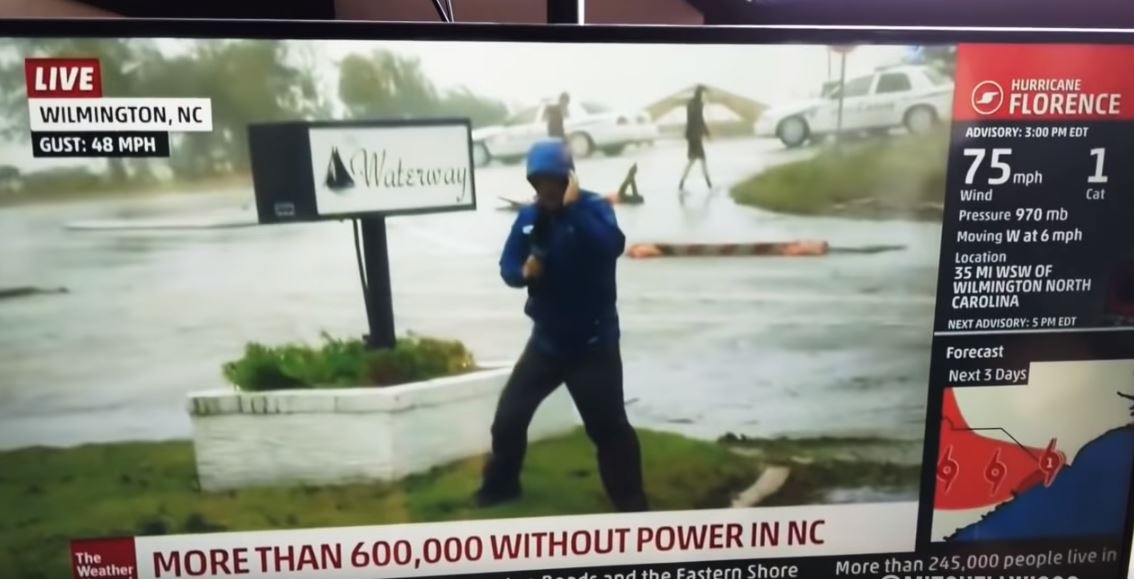 They must be pretty strong, because this wind is not bothering them a bit. Credit: The Weather Channel

And by the looks of things, it’s truly a f**ken struggle. He’s battling that wind with the determination of f**ken Sisyphus – and he’s getting about as far. For every step he takes, the vicious tempest beats him back, forcing him to regather and figure out a new plan of attack. That is some serious bloody wind!

Ah, f**ken hang on a minute…yeah, f**ken nah, it’s not serious bloody wind at all. He’s having a bloody laugh. Check out the two blokes walking around behind him like they’re having a nice bloody stroll. And either he hasn’t cottoned on or he doesn’t know this has gone live, because he’s keeping at it. Cheeky prick looks like a bad mime now. F**ken boo! F**ken hiss! We want news, ya b*stards. 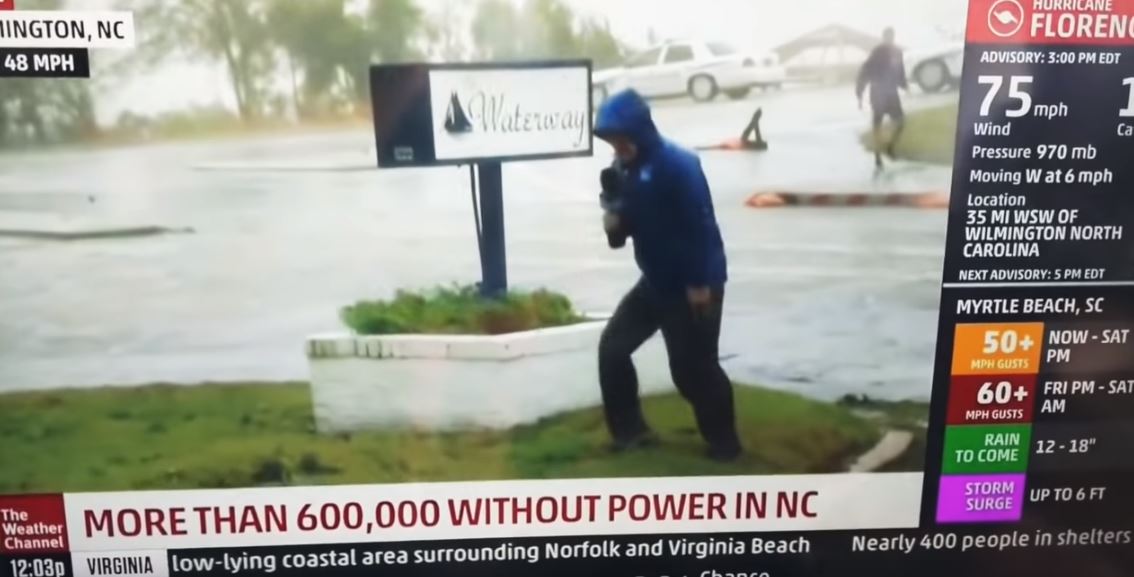 Final thought: I don’t know what to say. I’m bloody shocked that the news media would sensationalise a story and serve up a can of fake news like this. I feel robbed, and I don’t know whom to trust. F**ken hug me, ya wankers. Hug me.

You know, you’d be forgiven for thinking that there are certain times in life when common sense would apply with no questions asked. And yeah, nah, yeah, you’d be forgiven, but you’d still be wrong. Take this for exam...