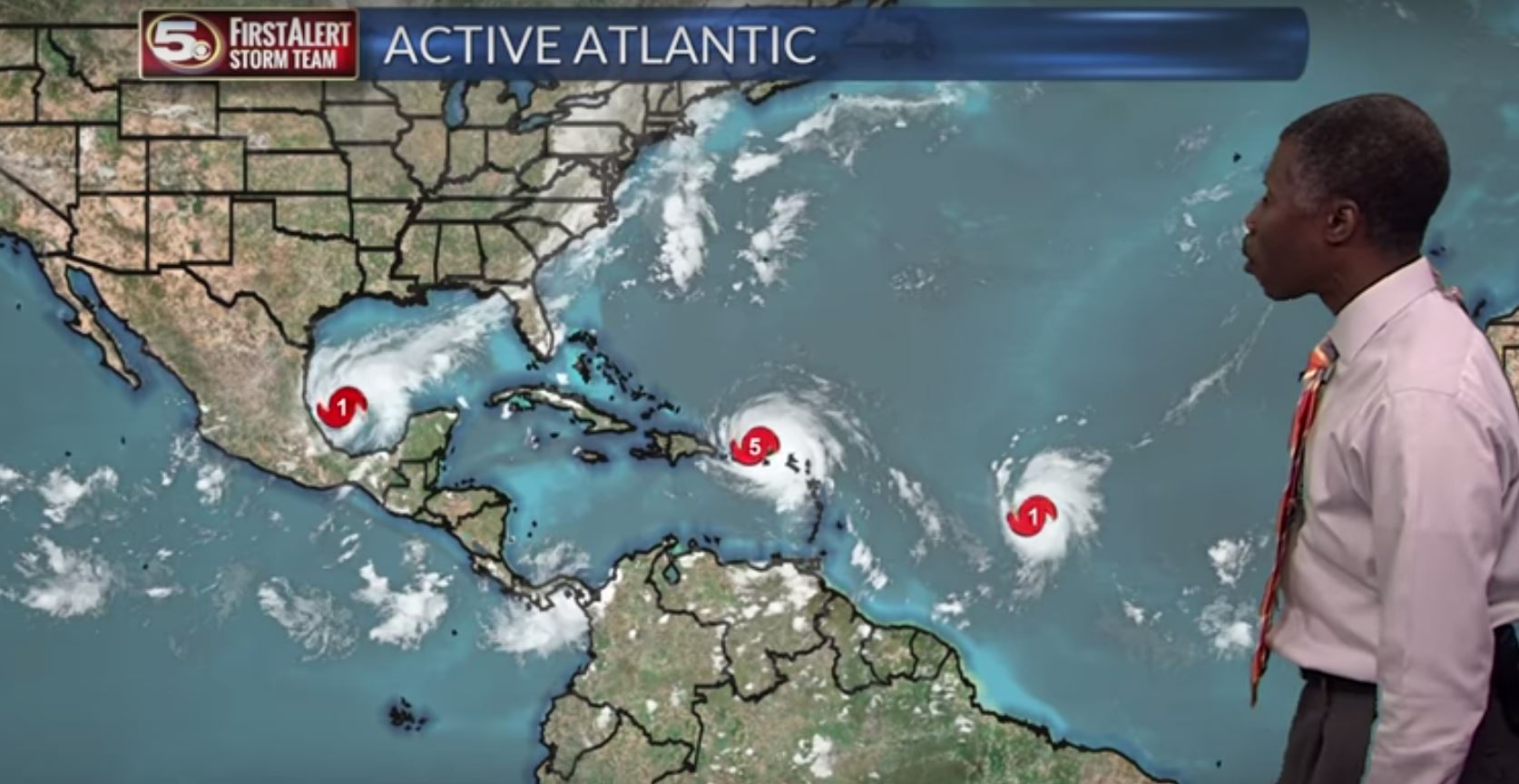 Yeah, nah, what the f*** is this three hurricanes at once sh** that Mother Nature is throwing at us now?  Seriously, that sh** just ain’t cricket.  I mean, Mother Nature or Gaia the Earthmother or whatever the bloody hell those hippy chicks reckon the earth is called must be pretty p****d because throwing three bloody big-ass hissy fits at once is a bit much. 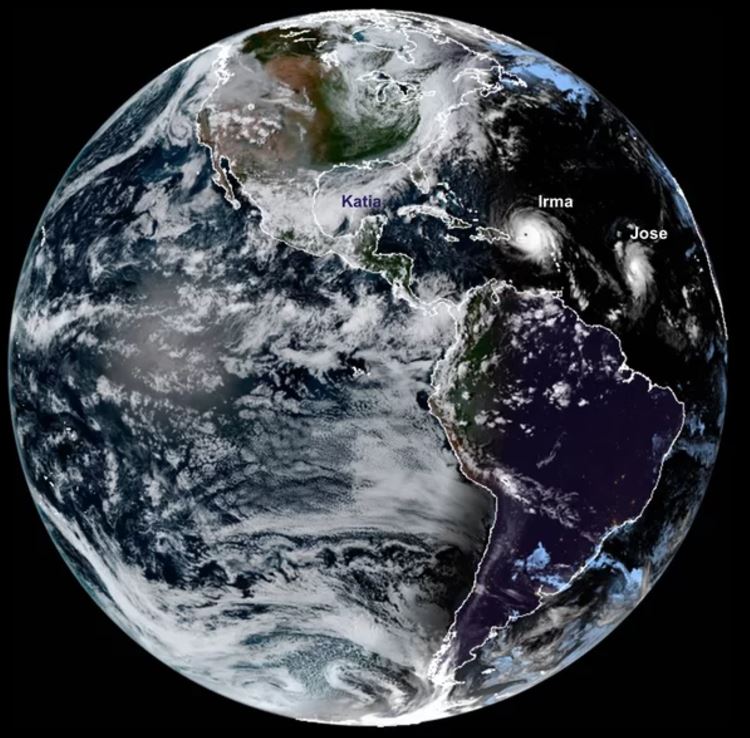 I don’t even know why she’s doing it?  I mean, I guess it might because a bunch of loonies have been calling her flat lately, but even then, three hurricanes is pants-sh**tingly terrifying and those blokes are just deluded.  Can someone in a drum circle please pass Mother Nature the duchy and tell her to calm the f*** down?  Lots of people who know she’s a beautiful sphere would be pretty stoked with that.  Thanks. 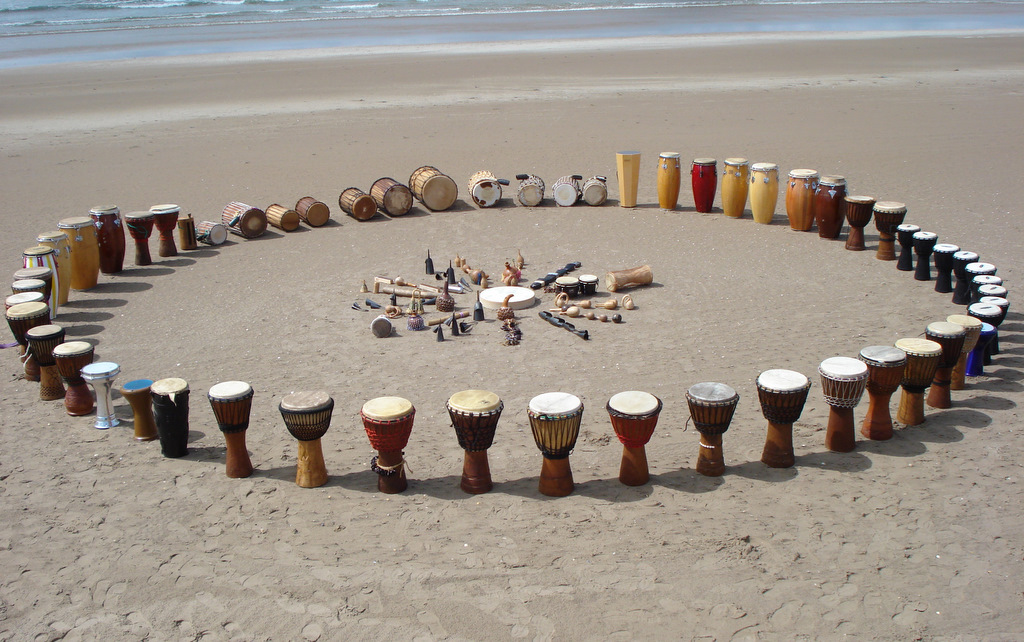 Nope. Even these guys legged it. (Credit: Pinkbananashoes)

Oh hang on, wait a minute, who’s this Alan Bloke on the weather here.  Crikey, he’s pretty calm and collected about it.  He even looks like he knows what he’s talking about.  D’ya reckon he might?  Nah, yeah, I reckon he might have a bit of a clue; he actually sounds pretty switched on about it and the way he explains it just makes sense.

Fark, so I was overreacting a bit?  Turns out three full-on horrifying and scary-as-f*** hurricanes at once isn’t that bad.  Apparently it’s not even uncommon.  And sh**, we don’t even know whether they’re going to kill all humans, those are just projections and this sort of sh** is fairly typical of conditions at this time of year in that part of the world.

Yeah, nah, that’s still a bit shit, but I mean, if it’s not because of the flat-earthers then I guess I should take it back.  I won’t, because those guys are still probably responsible for Gaia the Earthmother’s earthquakes and sh**, but at least they had nothing to do with the hurricanes.

I don’t know if this Alan guy is going to supersede Yanet Garcia when I need soothing about crazy-ass weather and sh**, but he goes all right. 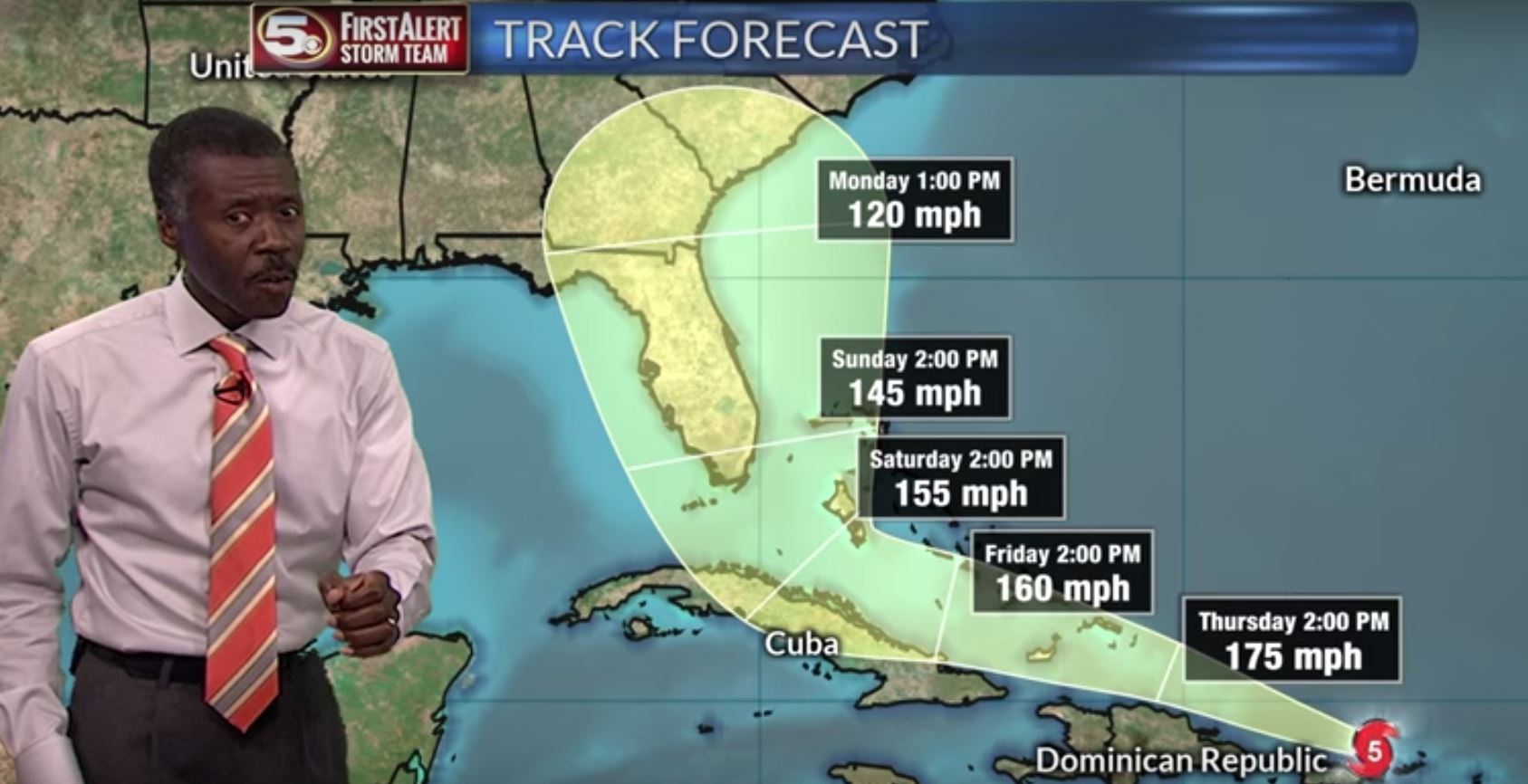 Who am I kidding? F*** yes he goes all right, and it seems like I’m not the only one who knows it. Turns out he’s now officially the ‘best weatherman ever’ thanks to an award from his mates at work! It’s OK though. Yanet can be the best weatherwoman ever! 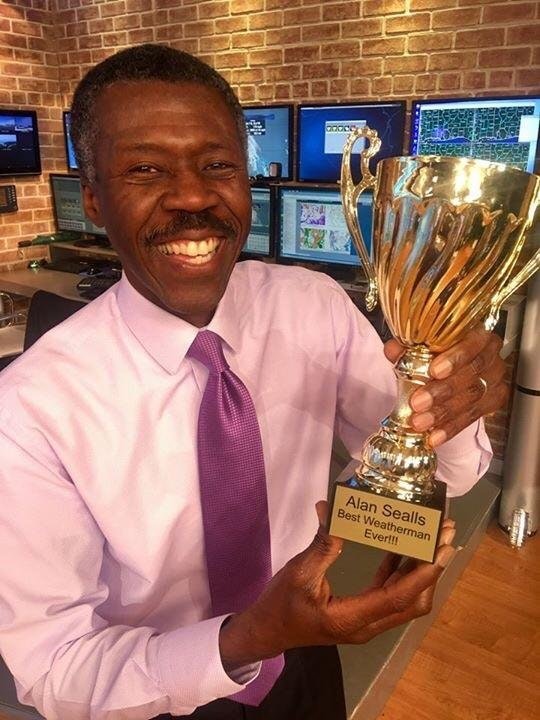 Have a geez at that beaut! (Credit: WKRG)