The internet and social media are pretty bloody powerful tools when it comes to putting your best foot forward. Yeah, nah, anyone can make themself look bloody good online by only focusing on the positive in their relationships. And, to be honest, lying through their teeth. One sheila, 22-yr-old Rosie, decided to put a stop to that bulls**t and go editing old Instagram captions to highlight the difference between social media representations and real life.

So, to get this show on the road, let’s just talk about how this all came about. Essentially, Rosie was going through her old Instagram pics and decided that she’d like to display some of the photos of her exes that she’d previously taken down. 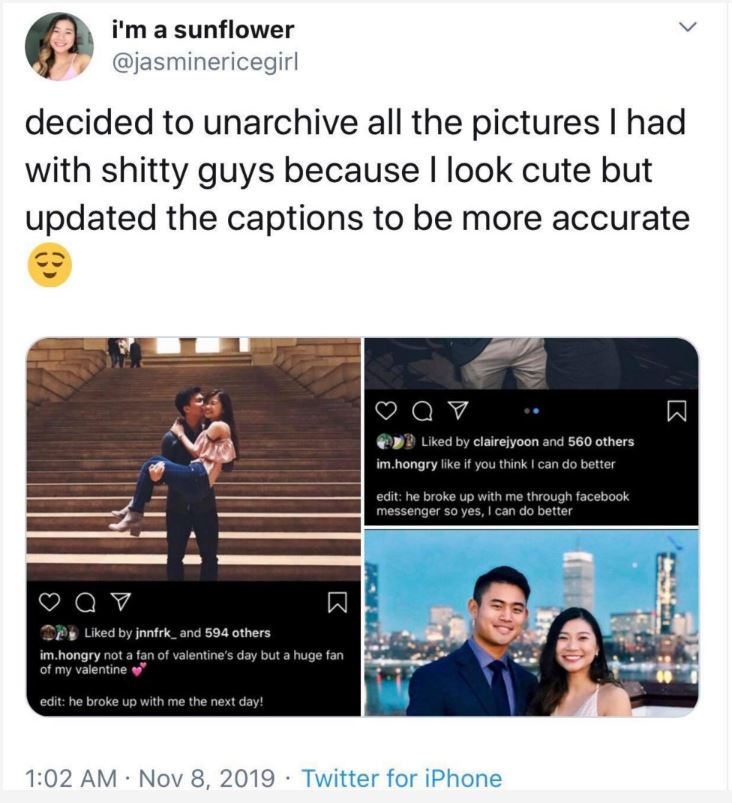 “I cherish the memories, so I didn’t want to delete the photos nor the original caption. I wanted to keep these pictures that I love while acknowledging that I no longer love the people in the picture with me. Instead, I decided to edit the caption with a short phrase indicating that things have changed since.” 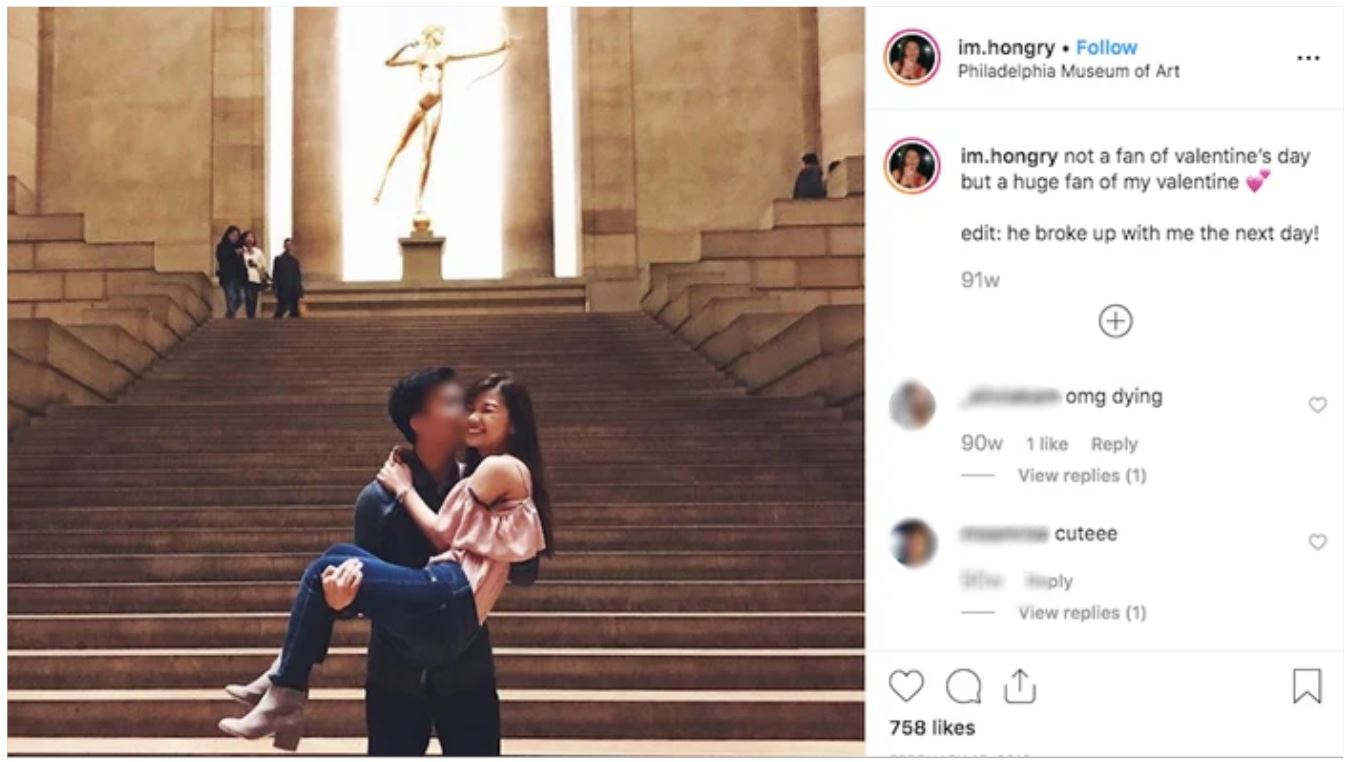 Original caption: Not a fan of Valentine’s Day, but a huge fan of my Valentine!

Edit: He broke up with me the next day!

The changes have receives mixed responses online. It is the internet, and we don’t reckon it’s possible for anything else, but Rosie stands by her decision. 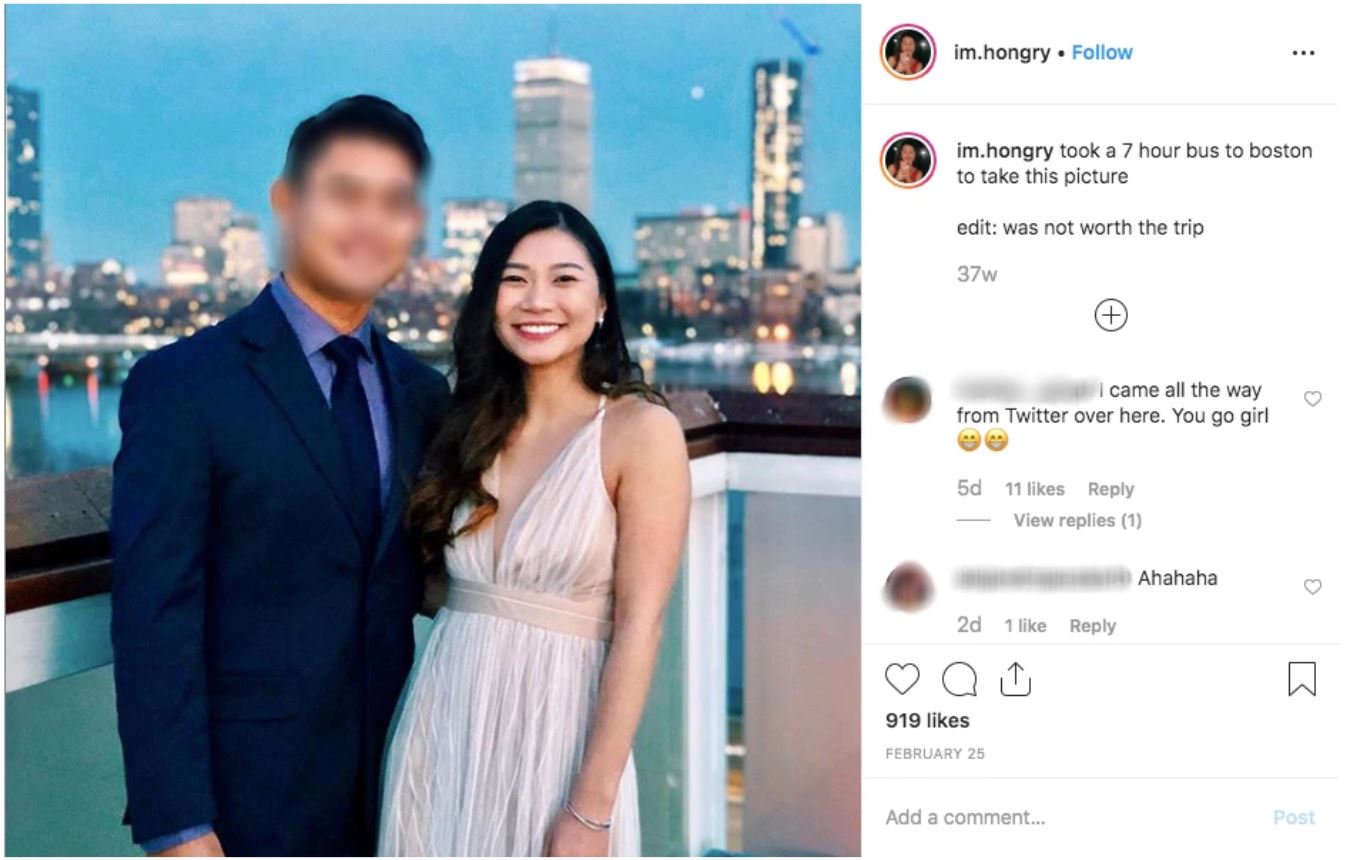 Original Caption: Took a 7 hour bus trip to Boston to take this picture.

Edit: Was not worth the trip.

“There are a lot of people who find the post empowering and say that they want to do the same thing, or did, which I’ve shared on my tweets. And there are others who find the post immature and vengeful, and I can understand where they’re coming from too. Everyone copes with a breakup in different ways. An edited Instagram caption isn’t for everyone.” 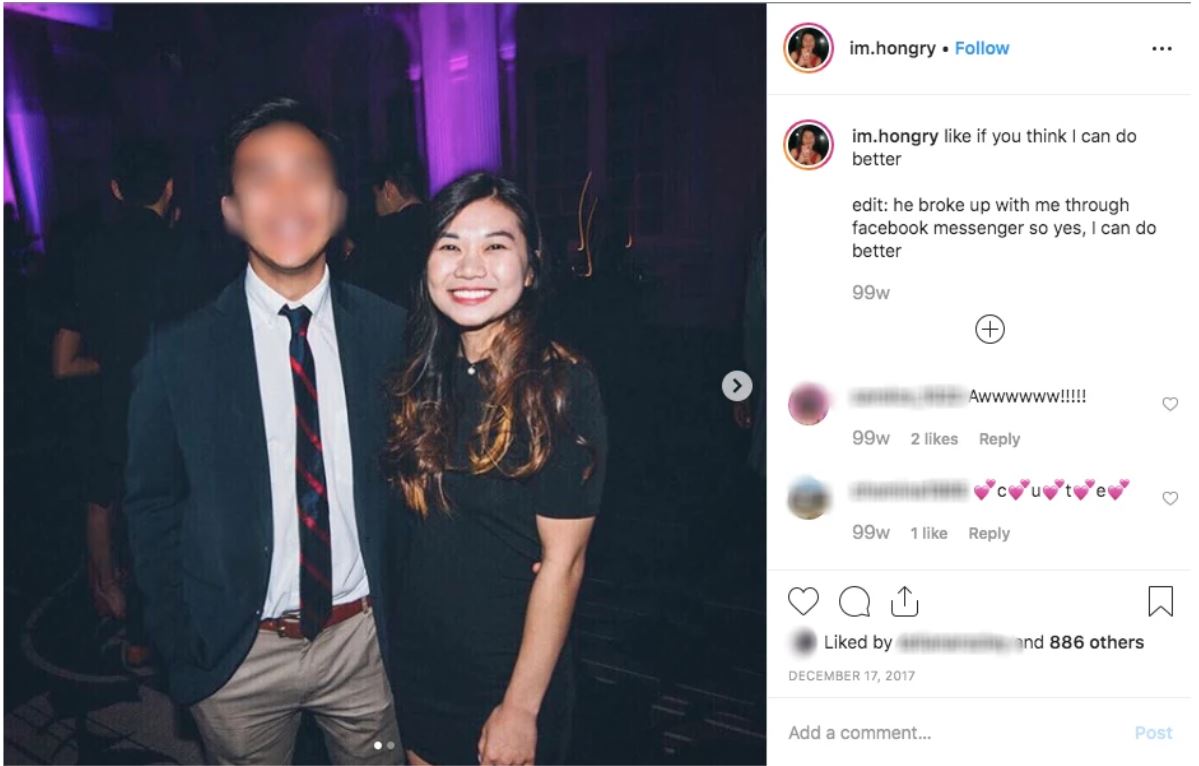 Original Caption: Like if you think I can do better!

Edit: He broke up with me through Facebook Messenger, so yes, I can do better!

Final thought: So, we guess the obvious question to ask is whether or not you reckon this is okay. After all, there are certainly some aspects of it that kinda lend credence to the idea that you should just move on and forget about it, but, on the flipside, if they’re your photos, they’re your photos, right? Let us know what you reckon in the Facebook comments.