Look, seeing as this Halloween is clearly going to be chock-a-f**ken-block with Jokers, we reckon this bloody story is pretty timely. As you’re aware, the Joker’s been a bit of a Halloween staple since long before Ledger cast the villain in his own image, but there’s no denying that particular iteration of the Joker is a popular one. In fact, 2017 saw a doctor from Nashville Tennessee dress up in that style – only to be called in to deliver a bloody baby. Check it out!

As we said, this one actually happened in 2017. We’re not sure if it’s come to light before now, but we’re just gonna say it’s pertinent as f**k and move on with things. The expectant couple, Justin and Britanny Selph weren’t due until a few days later, but their little cherub wasn’t missing the spookiest night of the year! 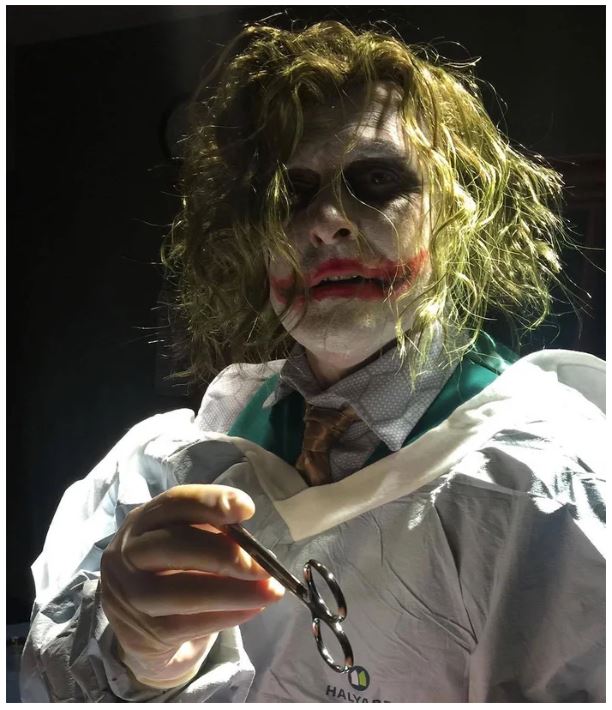 “My wife’s due date was November 5, but that obviously didn’t happen. She woke up Halloween morning to her water leaking. That’s when we found out he was dressed for Halloween that day, as The Joker. We couldn’t help but laugh, when he walked in the room! My wife, being the open-minded woman, with a sense of humour, thought it would be hilarious to have such a unique delivery.” 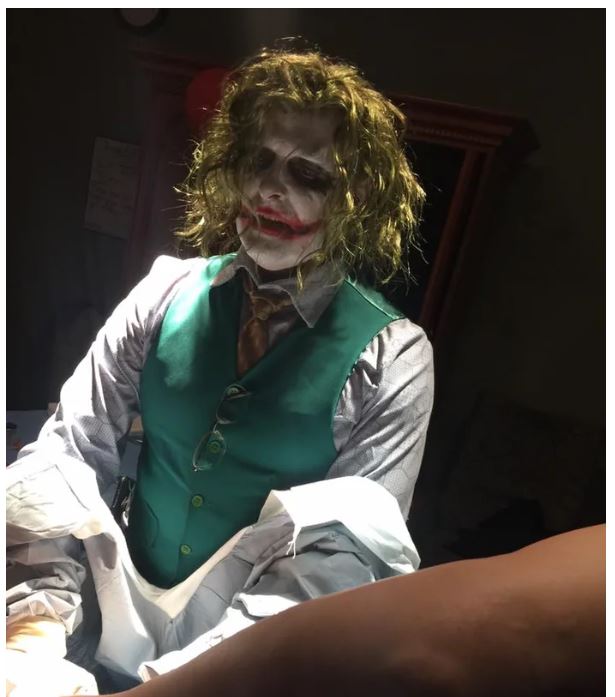 Apparently, Dr Paul Locus offered to go home and get changed, but no new parent in their right mind is going to allow that to happen, right?

“Brittany was ready for delivery at 8pm, so the nurse called her doctor in, and to our surprise, he showed up in full Joker attire, ready to deliver our baby. There my wife is, staring The Joker straight in the eyes while delivering our baby, what a sight! I was holding her leg up and snapping pictures! I was going to go Facebook Live, but the nurse cut me off! The next morning, he came in to check on Brittany, and he said ‘Sorry I couldn’t make it in last night, glad to see the delivery went well.’” 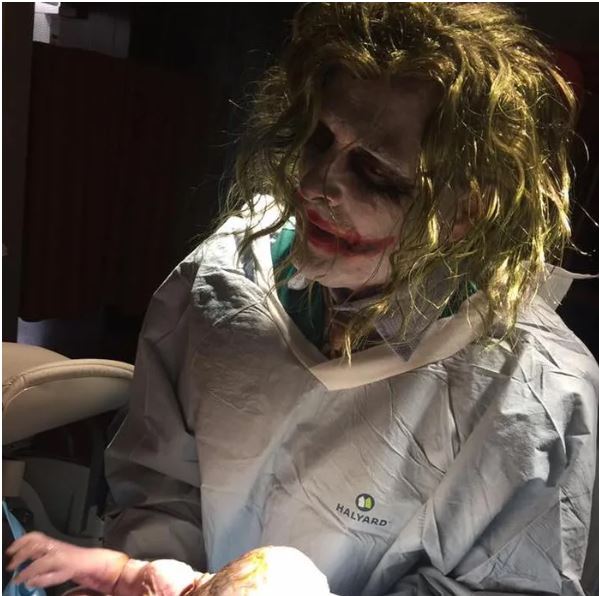 The couple called their new addition Oaklyn Saige Selph. Locus completed the act by signing off a congratulatory card as Dr Joker.

Selph reckons, “He was a great sport about the whole situation.” 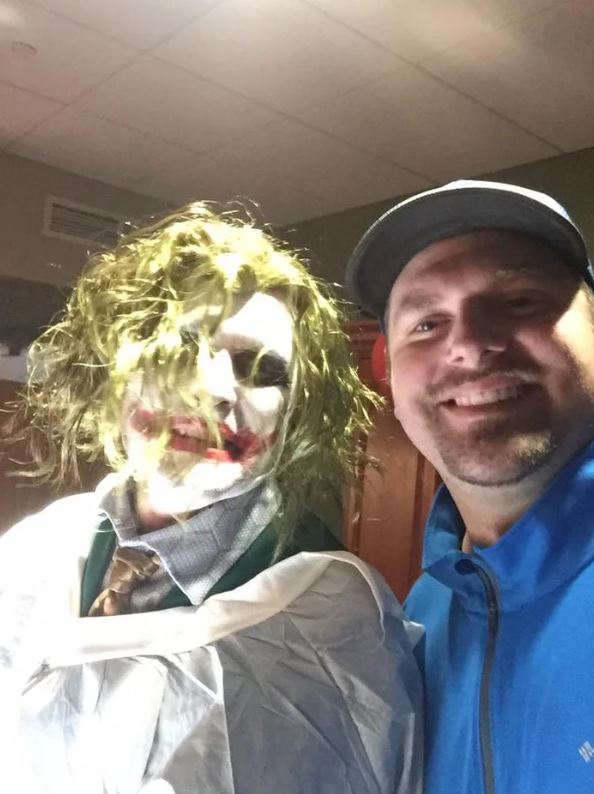 Final thought: Admit it, this is pretty bloody cool. Still, we reckon there’s definitely one Halloween costume that could top it. If there are any midwifes or obstetricians out there who are working on Halloween, we bloody triple dog dare ya to wear a dingo costume. That ought to put the fear of God into the new parents.

If there’s one thing people who’ve been on the internet are familiar with, it’s the idea of quitting your job in a ‘humorous’ or outlandish way. We’ve never seen it happen in real life, but we assume it’s a lot more u...