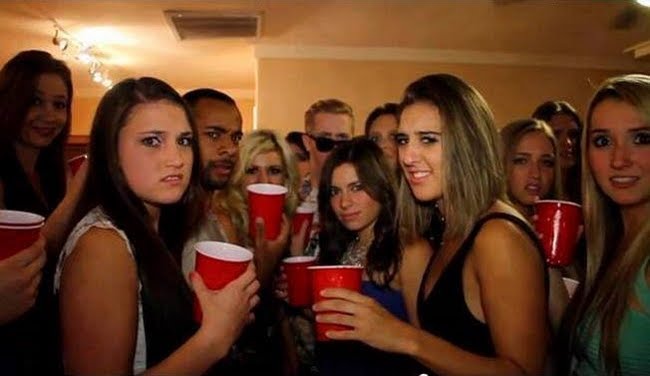 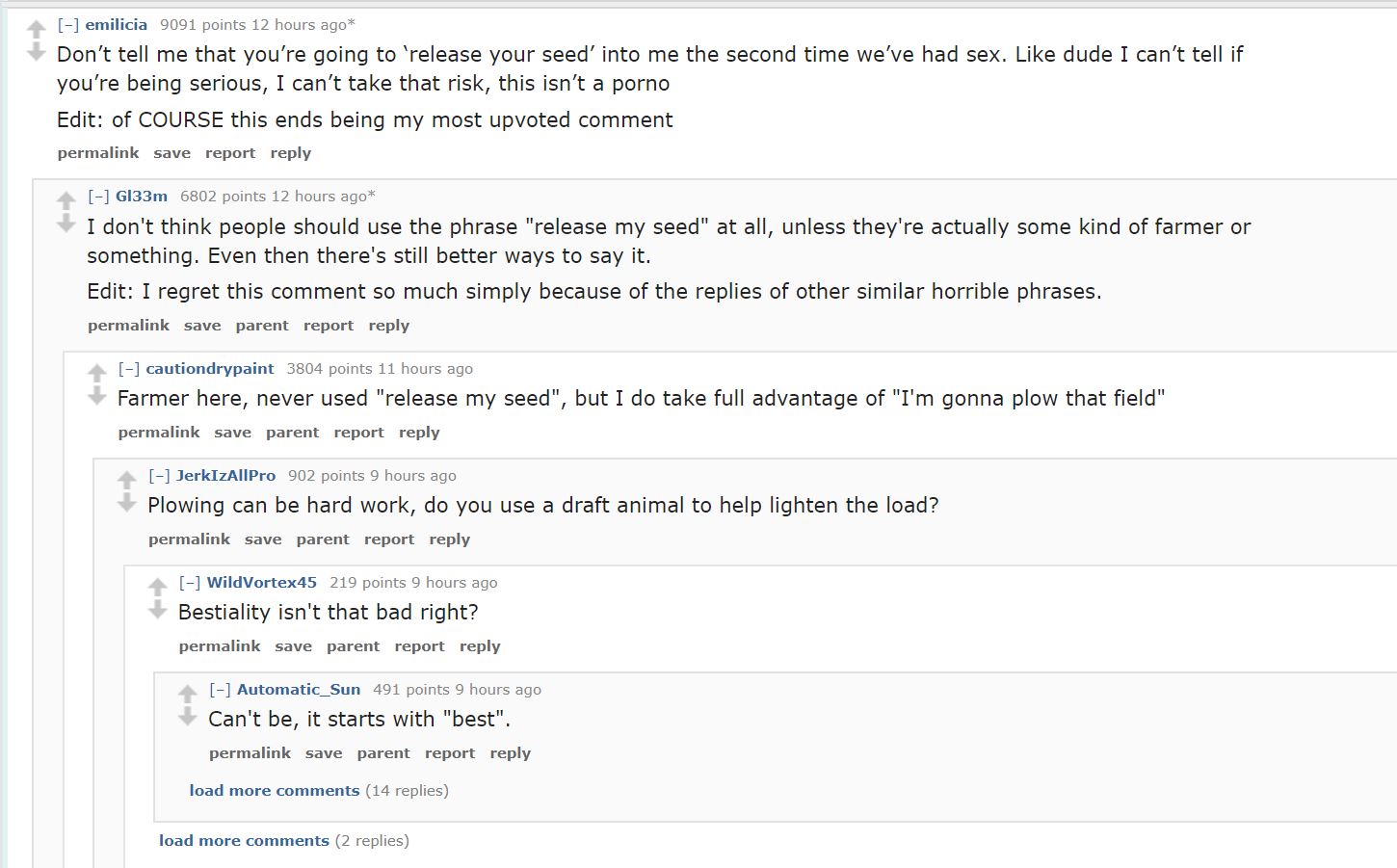 OK, if you’re the guy who’s announcing they’re going to ‘release the seed’, not only do you owe that poor girl an apology, you also need to make yourself known on Facebook. That is some hilarious sh*t. You’ve gotta wonder if he’s just a big joker and he’s saying it for laughs, or if he’s deadset!

Well, some guys might like you to puke on their pork sword. And if not, it’s not their fault you haven’t put in the time practicing to do that kind of stuff. Geez! 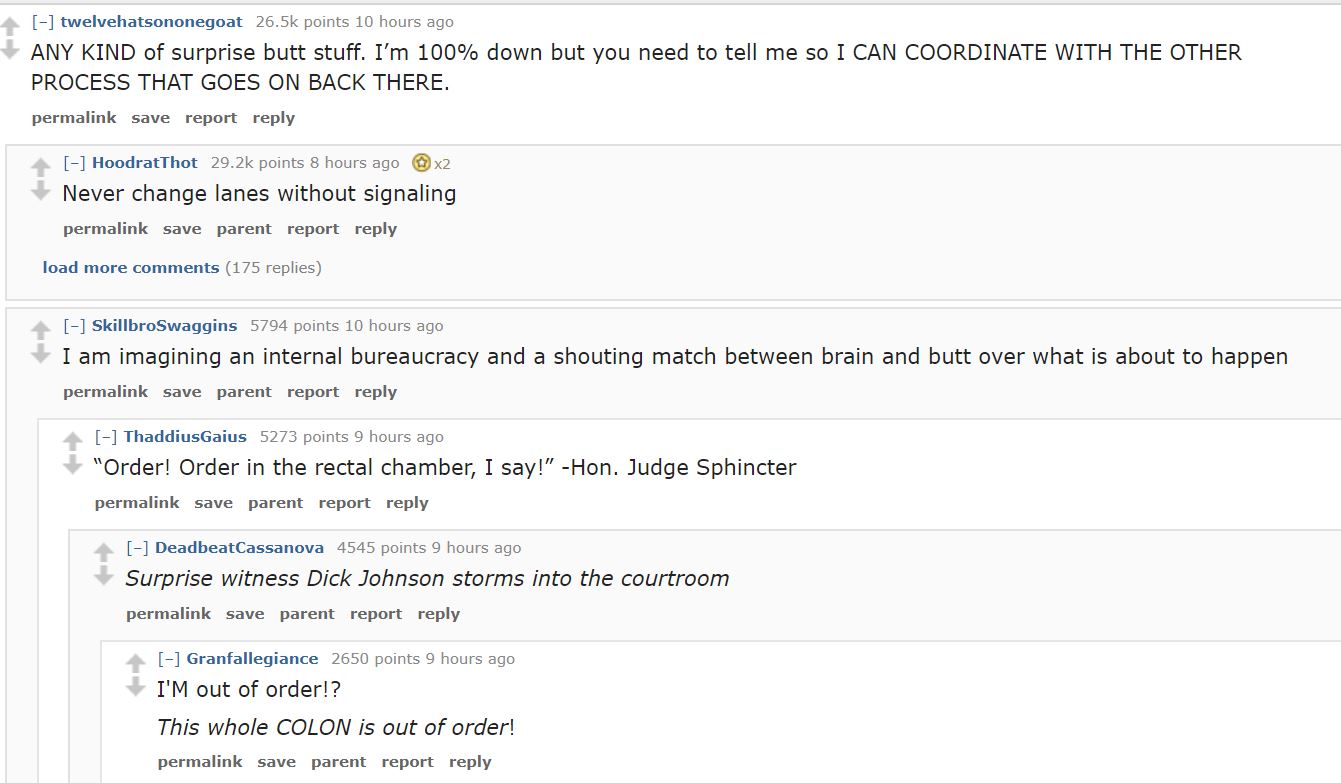 There are some gold quotes in here. Never change lanes without signalling is a pretty damn good analogy. 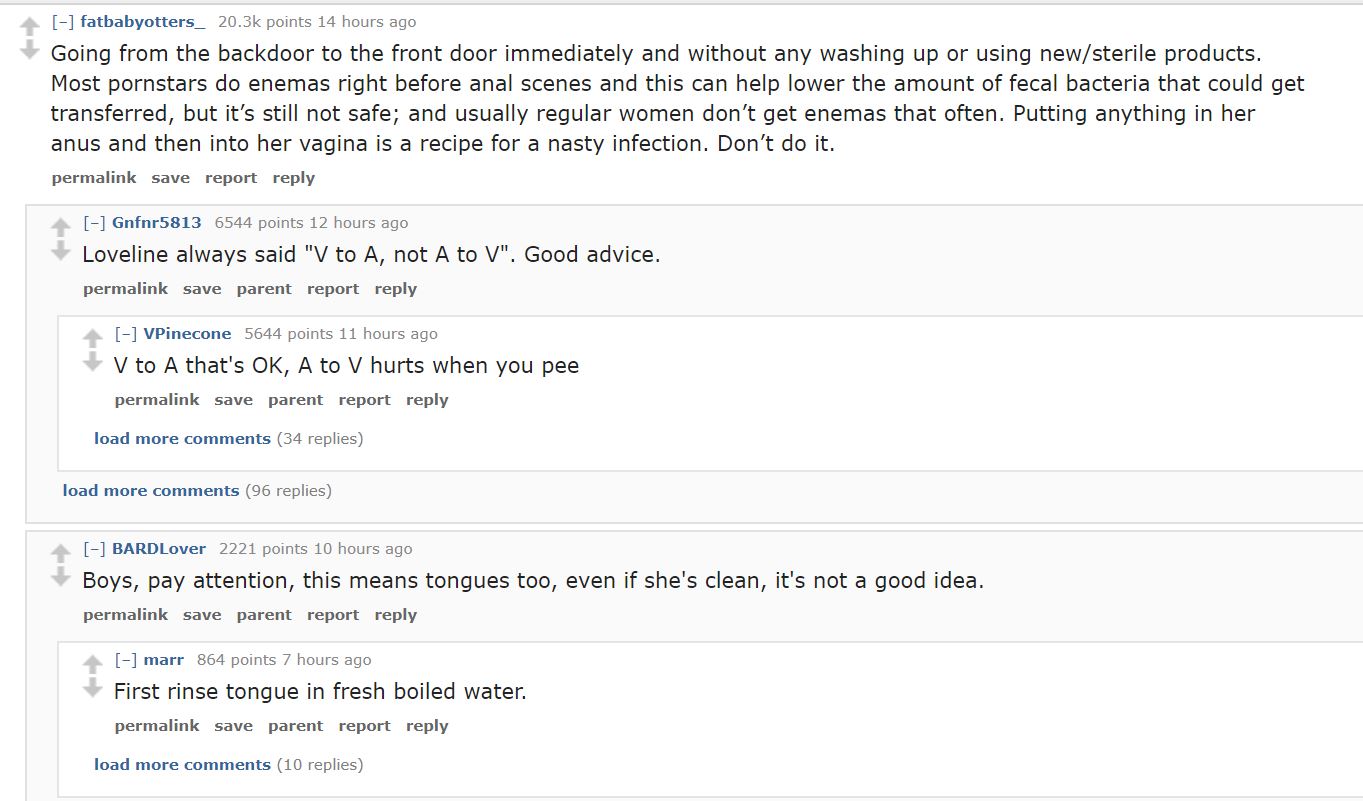 Pneumonics are a handy tool to have in any ass-anal. If we can’t remember ‘A to V hurts when you pee’, there’s something seriously wrong with us.

You mean this doesn’t work? 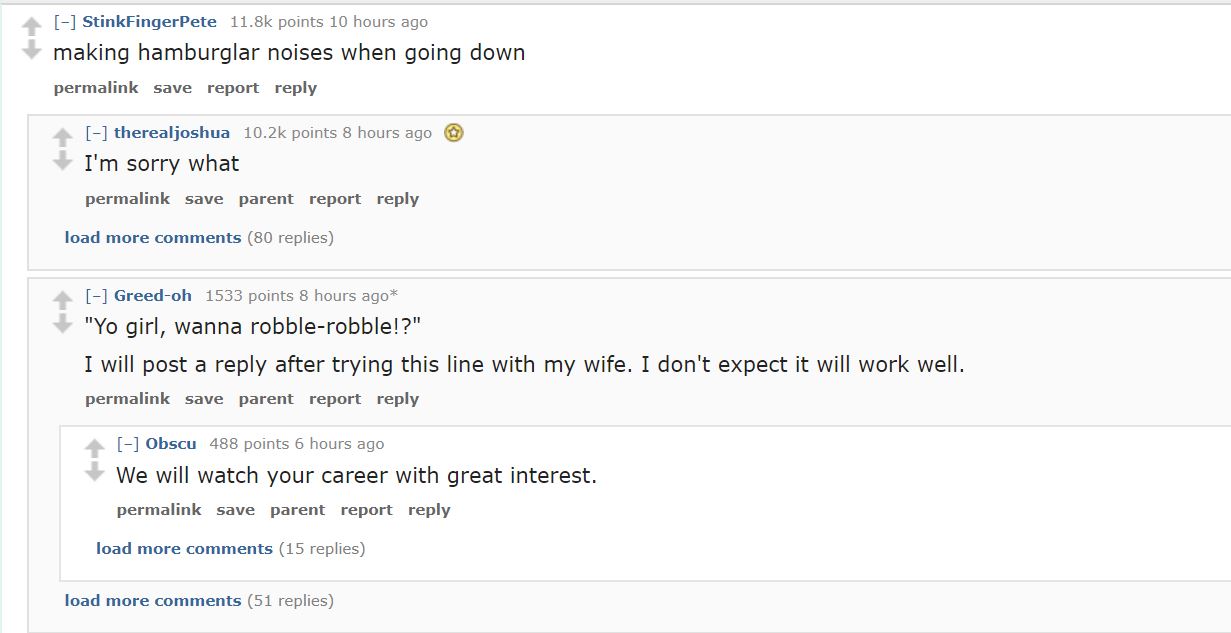 OK. Are Hamburglar noises even a thing? As for making them when you’re going down, how would that not result in laughter all around? 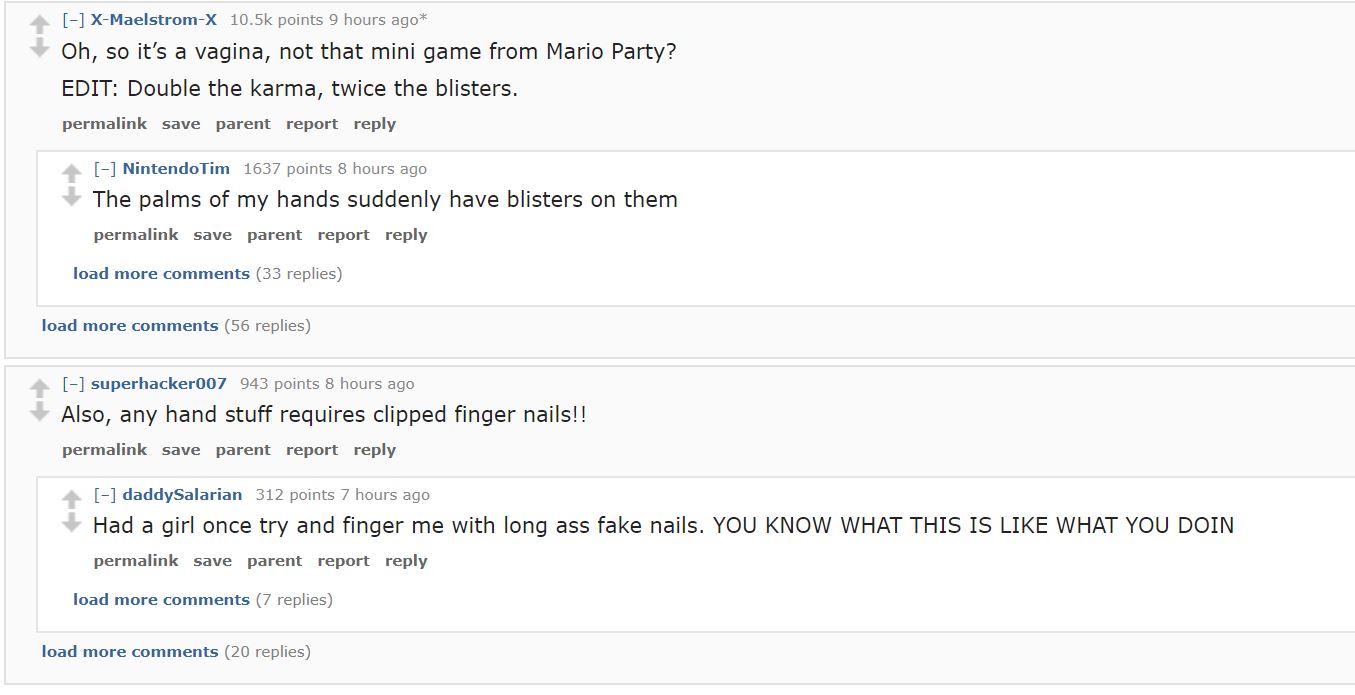 There would definitely be something creepy about a bloke – or a sheila – maintaining silence throughout the process. Borderline weird.

How would you be in real life if you did this? “Oh, never-mind Steve. He’s just going to record all of this?”
“Get out of my house.”

Are we talking Guitar Hero on easy or difficult? Either way, that’s gotta make for some tired fingers!