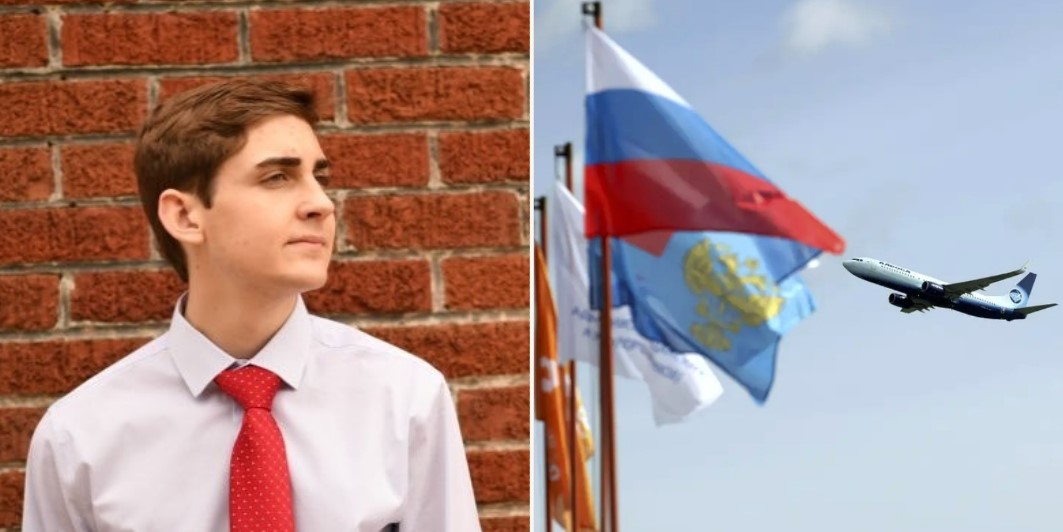 One of the young legends who’s recently blown up the internet is little champion, Jack Sweeney. Deadset, this little bugger is the lad who started a Twitter account designed to track Elon Musk’s movements, and if winding up Elon Musk isn’t heroic behaviour of its own accord, surely Jack’s next move is. He’s started an account to track Russian oligarchs as they fly around on their private jets. Check it out…

All right, you probably remember the story we ran on Sweeney a while ago. If not, check this s**t out to give yourself a bit of a giddy-up and then come and suss out what the young fella’s up to now.

Tracking all of the following. pic.twitter.com/cUW5rwS0el

In the interest of telling a cohesive story, we’ll start with the obvious. Russia has been hit with a range of sanctions in the wake of their invasion of the Ukraine, and among those who are supposed to not be flying anywhere are several members of Putin’s inner circle.

Basically, the US told them they weren’t to go anywhere and said they’d hunt down and freeze their assets, including their yachts and mansions. Still, plenty of Russian billionaires—like Roman Abramovich—are still flying around the globe in private jets. They’ve also been moving their megayachts to Montenegro and the Maldives, presumably to avoid having them seized or frozen.

Amongst this backdrop, bloody Sweeney has come out and gone, “Oi, ya know how I ruffled that prick Musk’s feathers? I reckon I can do it to those Russian billionaires too.”

And he f**ken did. Of course, the caveat is that the data on the planes might not be as accurate as it is for people like Musk who actually make a habit of letting everyone know what they’re doing all the time.

So yeah @PutinJet is live now :), don't expect this to be too accurate though there are a dozen VIP Russian planes, and ADS-B coverage isn't great in Russia.

He said, “So yeah @PutinJet is live now :), don’t expect this to be too accurate though there are a dozen VIP Russian planes, and ADS-B coverage isn’t great in Russia.”

Despite that, Tweets are going out and you can see where plenty of these f**kers are at any given moment. On top that, he’s also tracking ‘the Russian VIP jets and any Putin may use’ as well.

Final thought: We’ll be honest. We like this. We’re hardly war experts, but we’ve heard it said in the media that one thing that might be really helpful with stopping this war is Russia’s oligarchs and billionaires deciding that this whole thing’s a bit s**t. If they can’t escape being tracked, then, maybe this could help. Maybe. Probably not, but maybe.