For most people, the kiss-cam’s a great excuse for a sneaky pash with the other half. But, here’s a question for you: if you’re visiting a sporting event with your mistress do you go the snog and risk your infidelity being made public? Well, if you’re Deyvi Andrade, the answer is yes. Have a read and see how that panned out for him…

Yeah, look, Deyvi’s been caught red-handed here. Deadset, he is straight-up sprung. And, in fairness to him, he admits that. But let’s be honest, when Barcelona come to your town for a televised game of soccer, you know that s**t’s gonna be on television. You’re practically begging to be caught if you smooch your side-sheila on the kiss-cam there. 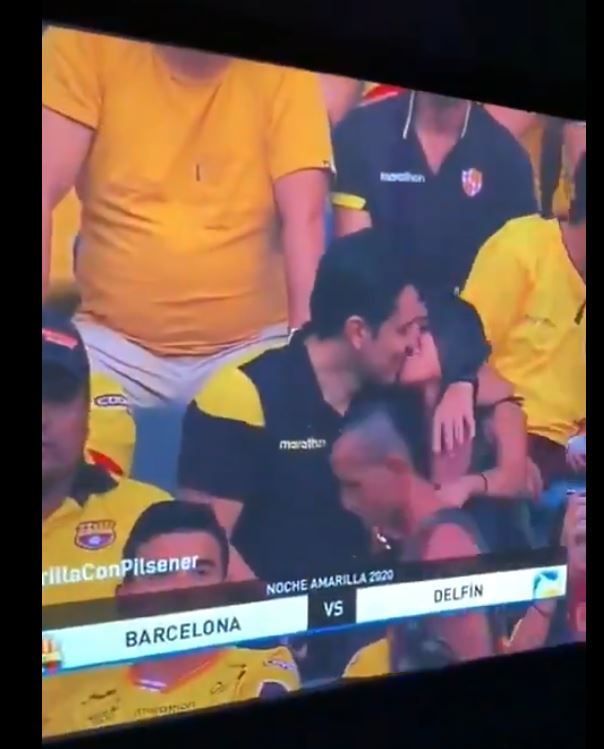 But, that’s what Deyvi did. Making matters worse, his awkward – and in retrospect, guilty – reaction sent his efforts viral. Naturally, the internet went bloody ballistic over Deyvi’s lack of integrity and commitment.

Nevertheless, Andrade took it like a man and ignored the criticism. Except, yeah, nah, he really didn’t. Instead, he got the s**ts and had a bit of a rant at all the sheilas hating on him. He even accused all of them of cheating too. Someone’s gone and translated his rant into English and here’s what he had to say:

“If it was a woman was in my place what would you do? Various videos have been circulating of unfaithful women but they haven’t been made fun of as much as I have. I hope you never have to be in my position. I’m going to defend my honour and my pride as a man until the end. We all fail and we all repent. Thank you to those who have invited me to church. If I go it is so I can heal my family. No one is going to be able to damage my image. God is big and strong and these women who are criticising me, I know too have cheated but they still comment.” 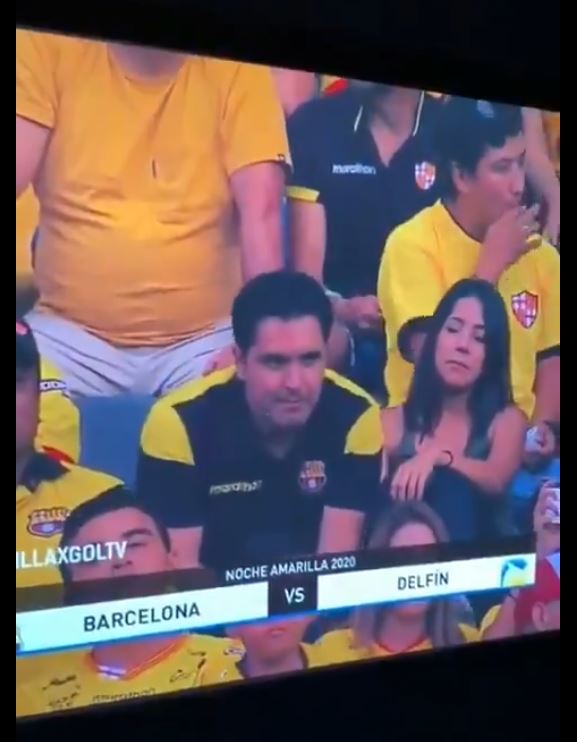 “You’ve already destroyed my relationship, what more do you want? I hope this doesn’t serve you in any way because you are only hurting a son of God. You don’t know the psychological damage you have caused with your hatred directed at me. Everyone fails and we can forgive from our hearts. God give me strength!” 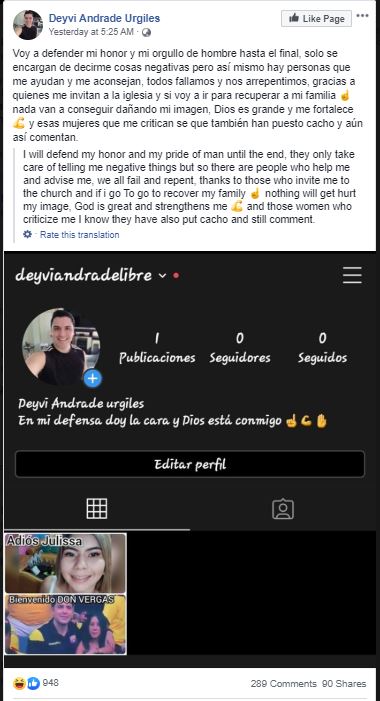 Let’s be honest, it’s a bit rough when you’re the one who’s been busted doing the wrong thing.

Final thought: We’ve said this before, but we just don’t reckon there’s much excuse for cheating. Just be a man, tell your misso you’re done. You don’t need to hide s**t and get caught in lies. It’s never a good look. Anyway, that’s our two cents. What do you blokes and blokettes reckon? Should Deyvi be forgiven? Let us know in the Facebook comments.