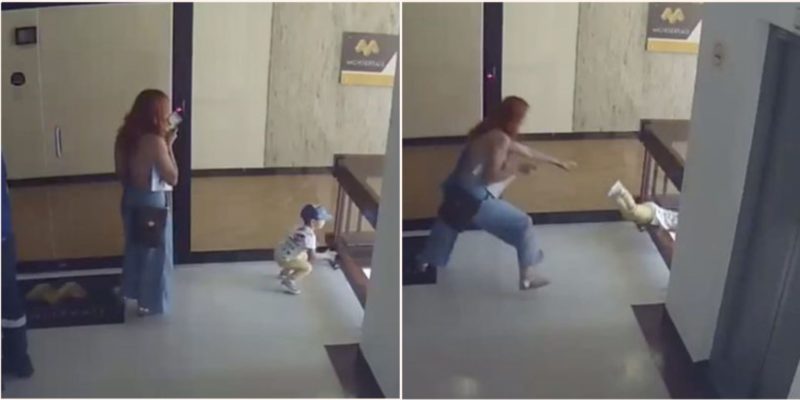 With the FIFA Women’s World Cup currently underway, you’ve probably seen a few comments on the internet critiquing the quality of the goalkeeping. Some people have gone so far as to suggest that the fairer gender just isn’t capable of making a great diving catch. Well, a video doing the rounds at the moment is putting the lie to that. And, er, yeah, this one had a little more than a goal on the line. It was literally a matter of life and death.

If you’ve seen the video, you probably know what we’re talking about. If you haven’t, don’t worry, we’ve included it here for you.

The video, which apparently comes straight out of Colombia features a mum making one of the best diving catches you’re ever likely to see. 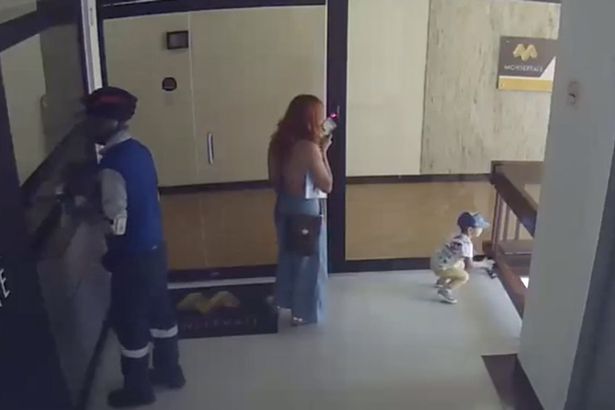 Let’s break it down.

Rightio, at the start of the video, the mother and son walk out of an elevator in the Laureles Colonial building in Medellin. At this stage, everything is bloody apples, things are going swimmingly and Mum’s checking out her phone while she holds the young fella’s hand. 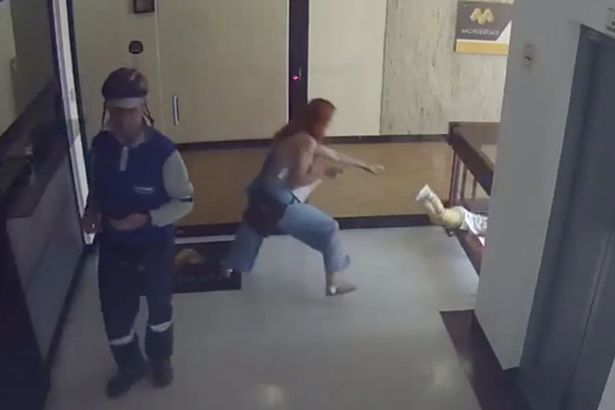 She gets to the door of the Monserrate Construction Company and she’s having a bit of a geez at her phone. There’s obviously something exciting happening on Facey or she’s just received a message from Bae. She’s so engrossed in it, she lets go of the little bloke’s hand. And seriously, what’s the harm? What could go wrong?

The little dude’s like, ‘Hell yeah, let’s check out this awesome panel of glass. It’s pretty bloody clean. Matter of fact it’s so clean it’s like there’s nothing there at all.’ He decides he needs to put a fingerprint on it and he leans forward to smear his grubby mitts all over it. And that’s when he’s like ‘Bugger!’ 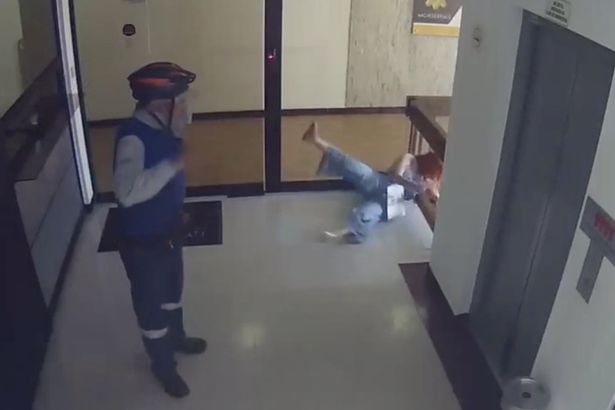 Deadset, this toddler is taking a one way trip to Destination F**ked. He’s surely about to bite the dust, but from out of nowhere, Mum turns into a bloody superhero! She’s like a ninja, she dives to the floor and reaches out a hand as quick as a fierce snake flicks it’s tongue. She’s latched on the the kid by his ankles and she’s like, “You bloody dickhead!”

He’s hanging there like Achilles being dunked in the Styx while Mum’s thanking her lucky stars she didn’t go to the world cup. She’s got the little bloke and he’s going nowhere. It’s a pearler of a take. Honestly, it’s the kind of catch you’d expect to see Dwayne the Rock Johnson make in Skycraper 2: Even Skyscrapier. And you know what, it’s probably better than any save we’ve seen at the Women’s World Cup so far. Someone sign her up. 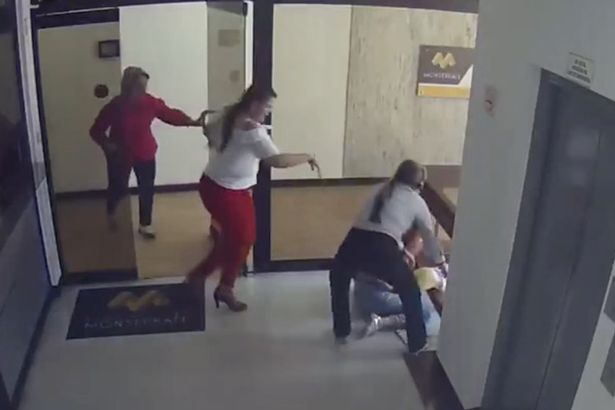 Seriously, it was pretty bloody good. Check it out.

Final thought: This was a lucky bloody escape if we ever saw one. We hope the little bloke’s not too hurt by the fall and we hope the construction company sorts their railings out. But you know what, on a serious note; we have the word ‘accident’ for a reason. Keep safe out there and don’t let your little ones play around near vertical drops. It’s not a good way to go.