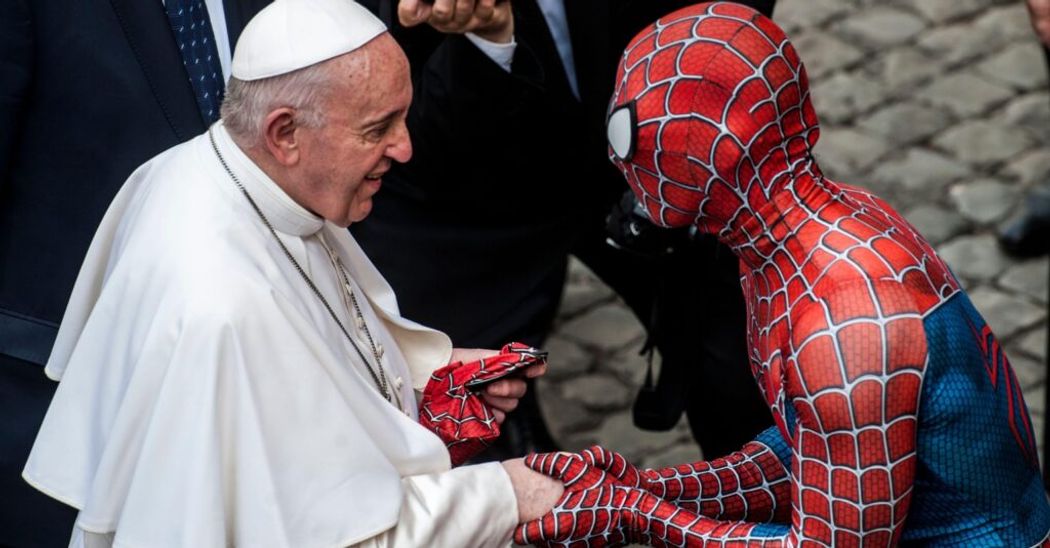 Spiderman meets the Pope and is recognised for his good work!

Regardless of your opinions on life and religion, you can’t deny that for millions of people, the Pope is the figurehead of a f**ken huge institution. Yeah, nah, when he talks, people listen. So when we saw that he’d recognised Spider-Man’s good works in one of his recent presentations, we knew we had to have a squiz. Check it out below…

Yeah, nah, when we got into this story, we saw that it wasn’t actually some gimmicky promotional thing, but it was actually real recognition for a proper top bloke: Mattia Villardita, a twenty-seven-year-old legend from northern Italy. 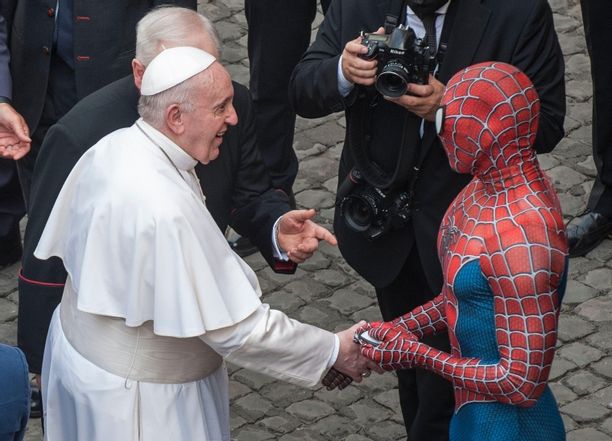 Basically, this bloke’s spent the last few years making life better for sick kids. He’s been dressing up as super heroes and visiting them in their hospital beds, and that’s why he came for an audience with the pope dressed as everyone’s favourite web-slinger.

Villardita has even continued this work through the pandemic, speaking to kids over Zoom and cheering them up when life would otherwise be pretty s**t. We dunno about you, but we reckon that’s f**ken grouse!

The hero told Italian media, “When you’re in a hospital, you see the world through a different lens and appreciate small things in life. Many people don’t realize how lucky they really are. So I felt this inner urge to do something, a mission almost.”

In the past, he’s been recognised by the Italian PM, but he claims he’s not the real hero. “The real superheroes are the children who are suffering and their families who are fighting with so much hope,” he said. 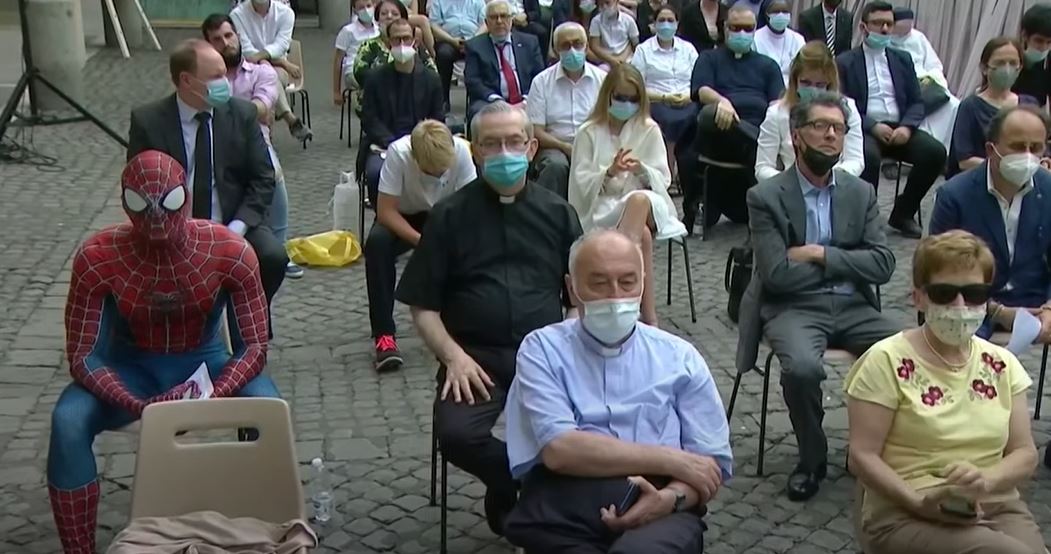 The Pope, obviously, reckons he’s pretty rad too. He said that evangelisation can take unexpected paths and that ‘there is a temptation to close oneself up in some of the certainties acquired in past traditions.’

Reading between the lines, there, we get it. Being a good bloke is what’s important, and Villardita is, quite clearly, a good bloke!

Final thought: Yeah, nah, we reckon there’s a message here: whether you’re of a religious bend or whether you’re more of a humanist, you can always do something to make the world a better place. If you know someone who spends their time doing that, give ‘em a shout-out in the comments section!

Just in case you missed it, here’s one of Ozzy’s latest commentary videos…Ozzy Man Reviews: Cats being Dodgy #4

Protests are an interesting bloody thing. Obviously, they’re usually politically charged and things can be more than a little hostile. Unfortunately, things can sometimes get out of hand too. So in the light of recent...

Can we get a F**K YES for the Waorani people of Pastaza or what? These bloody legends, a tribe living in an Ecuadorian stretch of the Amazon have just given the big ‘Yeah-nah-f**k-off’ to some big rich oil barons and,...