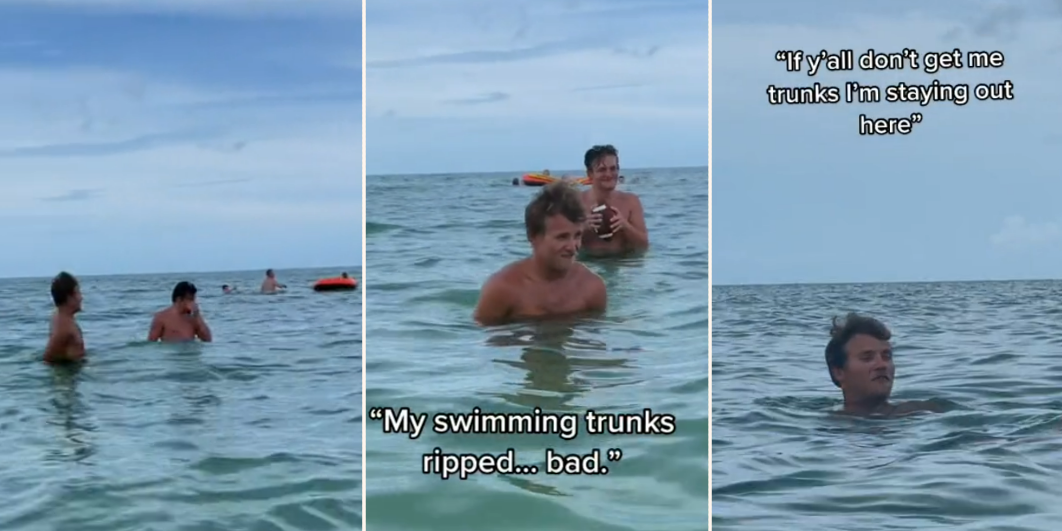 In the day and age of the internet, pranks have taken on a bit of a divisive role. We reckon that’s fair. Yeah, nah, we’ve said this before, but with a lot of pranks, we reckon there’s a pretty fine line between genuine banter and just being a bit of a d**k. We’re not sure where we stand with this one. What do you reckon?

All right, allow us to clarify for a second, because we don’t wanna seem overly sensitive. We reckon it’s important people can have fun and are able to laugh at themselves and others when it’s warranted. We also reckon a lot of what gets called a prank is just someone being recorded while someone else is a dick to them. 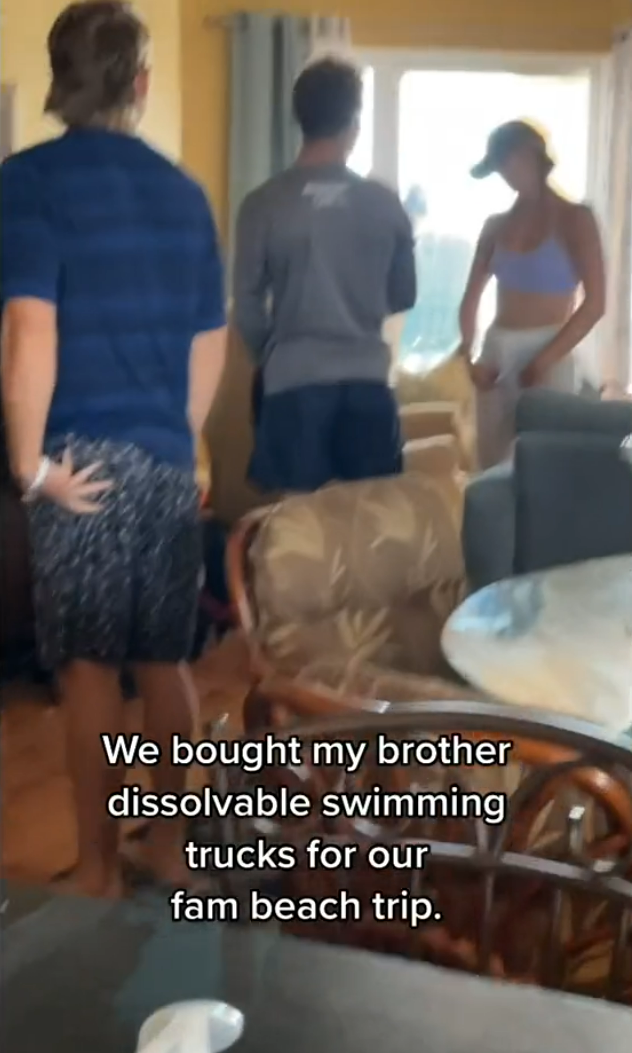 Anyway, enough of that. Let’s get to the video itself. In a video posted to TikTok a while ago, Dara Roberts revealed that she’d played a bit of a joke on her brother before they went to the beach. She captions the video by saying, “We bought my brother dissolvable trunks for our fam beach trip.” 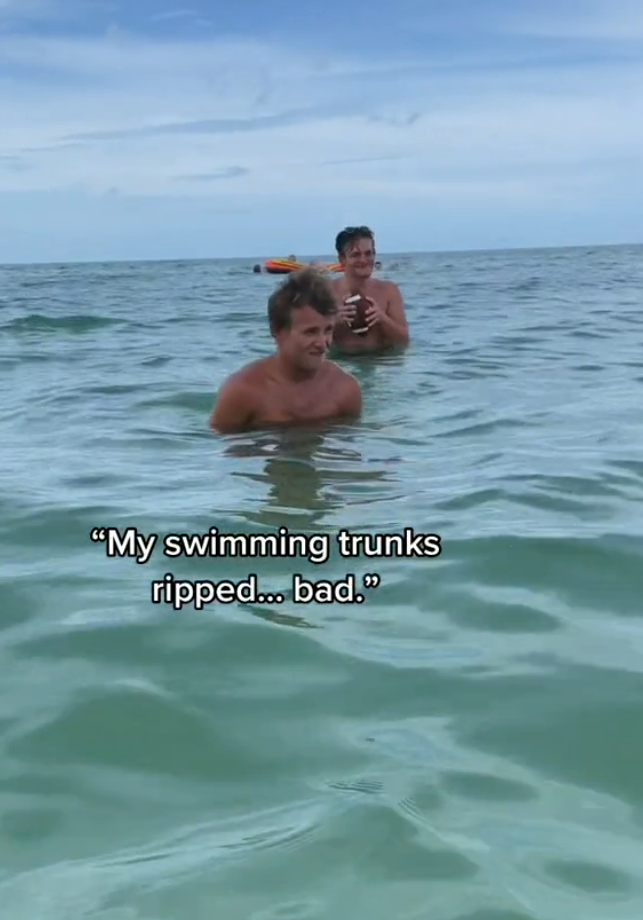 Naturally, he goes swimming in them and is left in the water as they start to dissolve.” My swimming trunks ripped…bad,” he says. 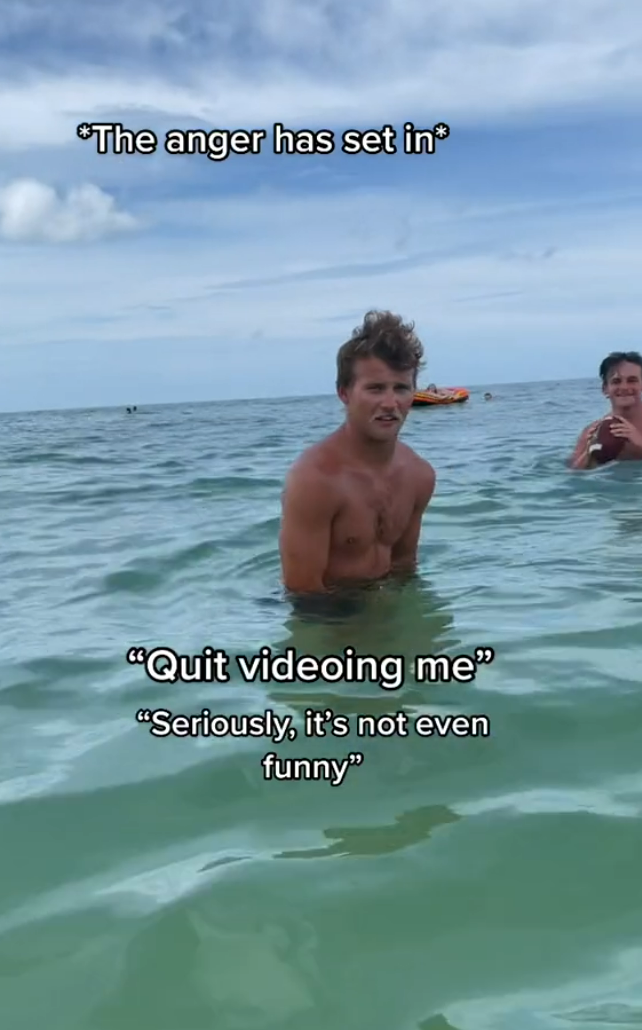 Obviously, the video goes on from there, and Dara thought she’d won the internet and the day. The internet’s a fickle beast, though. Instead of laughing with her, it turned out that plenty of people were p**sed, with many saying it was just cruel. 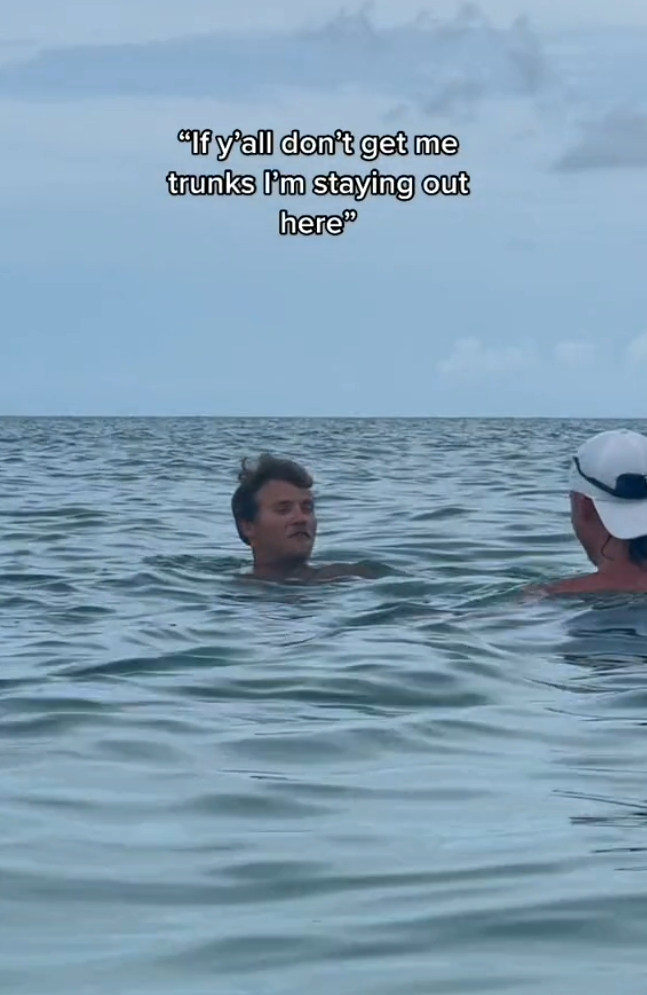 Viewers unleashed a flurry of comments, saying, “Funny in a backyard pool, but not in a PUBLIC place with your sibling,” and, “…more embarrassing than funny. He sounded genuinely upset.”

Dara’s not having it, though. Yeah, nah, she’s basically given people a yeah, nah get f**ked and told them to lighten up. Give that video a watch below.

Final thought: As we said, we can see both sides of the argument, and we don’t know the family context, but we wanna know what you lot think. Is this funny or is it just mean? Share your thoughts in the comments section.