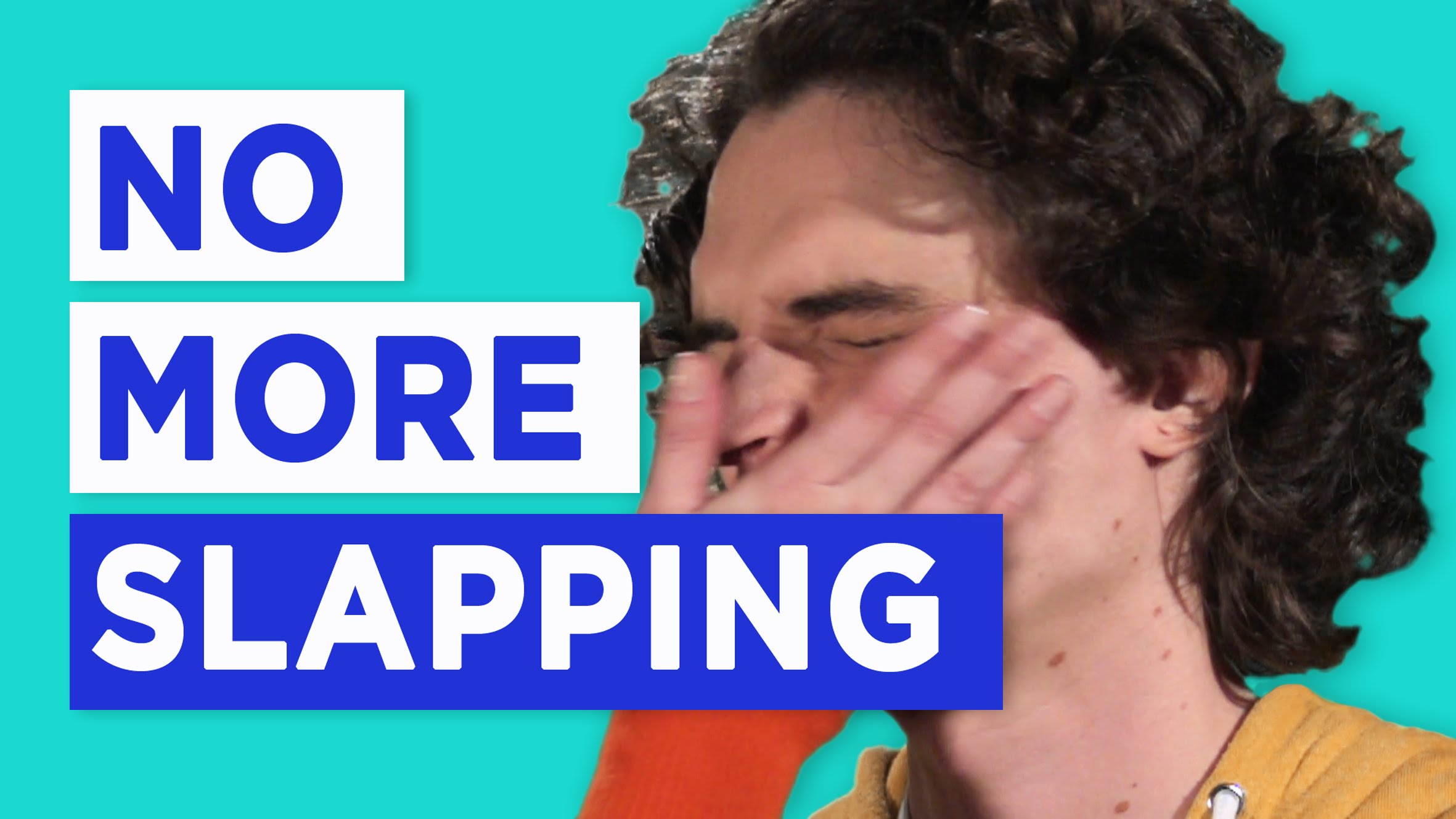 The YouTube channel Filme Da Hora has made a video called No More Slapping.

It’s a short and sweet exploration of how slapping blokes in film has become normalised and rather unscrutinised. You can actually go into a lot more conversation around this 1 minute and 30 second video, which is what makes it a great little piece of content. Without being shocking or distasteful it will start conversations.

It’s delivered with complete simplicity (maybe a dash of satirical sassiness) and a “what we’re telling you is common sense you know?” vibe.

The lightening fast title card at the beginning which says:

‘The influence of media in our relationships’… Is the bigger research question going on. It’s a juicy one for sure.

Have a watch of the video below and then we’ll chat.

I would honestly hope that the influence of media is not so great with this particular issue.

I defend violence in games, movies, and music by saying “naaaaahhh, you can totally like that stuff and be the nicest person ever. It’s just entertainment folks.”

So, not to undermine the video and discussion, which is great, but the same could be said here. I can’t defend the right for violence in entertainment and preach that a person has bigger issues going on beyond the music they listen to if they hurt someone, but then point it out as a cause for real world violence when a sheila whacks a bloke.

Maybe it’s naive to say that violence in media doesn’t affect us all in some way, though? Maybe I need to loosen up on my viewpoint there. Some folks it affects more than others perhaps.

I used to watch a lot of horror films when I was young, like, young young. 10 years old. I turned out okay I reckon. Other kids and young folk may be more easily affected by the content around them.

I think it’s when a certain violent action becomes normalised in media us humans start to worry about its impact, which is fair and understandable. Hmm.

This video opens a big tin of worms on multiple levels!

Have fun critically analysing ya legends.