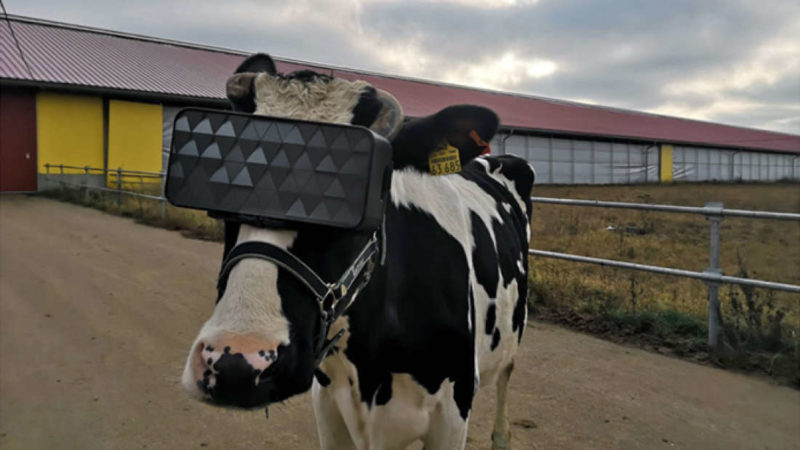 If you’re lucky enough to have had a crack at virtual reality video games, you know they’re bloody hectic. Deadset, there’s something pretty f**ken swish about immersing yourself into another world and escaping the mundanity of everyday life. Recognising this, Russian farmers have decided that VR might be exactly the thing their cows need to improve their quality of life. Check this s**t out…

Rightio, we’ll start off by pointing out that despite the fact they’re just big animals, cows actually like to be happy too. Yeah, we know, who would have thought that animals destined for the burger bun actually have emotions. Now, we obviously don’t want to come across like a bunch of vegans, and we friggen love burgers, but it’s only fair that you keep animals in your care happy. 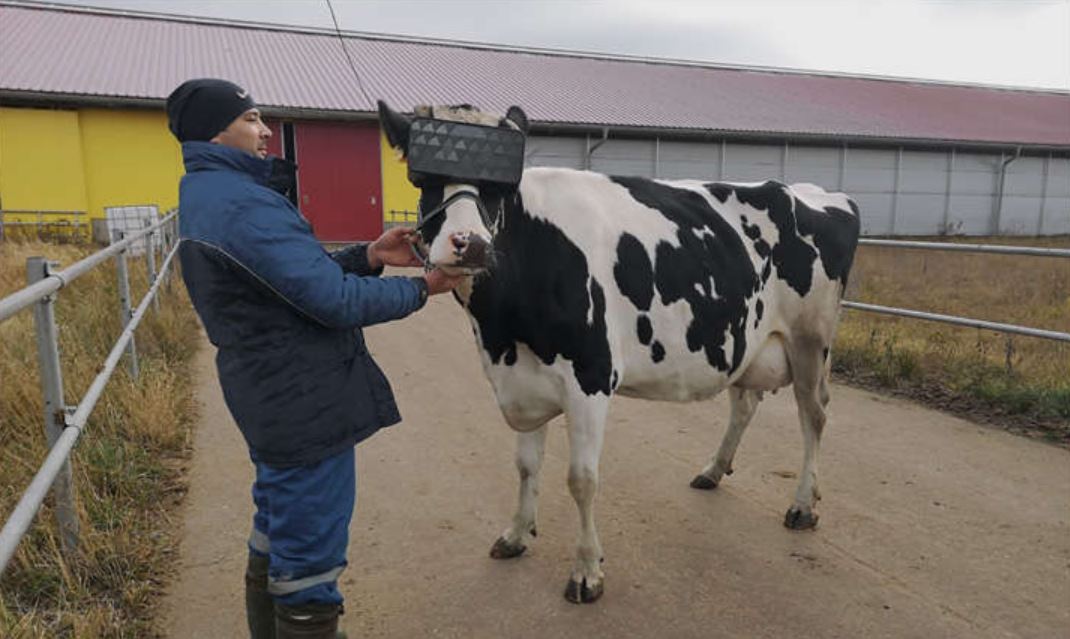 And all of that leads us to the specially designed VR sets these Russian farmers have been whacking onto their cows. Now, obviously, we’re not gonna be totally cynical about it. We reckon there are tonnes of farmers over there who love their bloody cows, but by making sure the cows are happy, the farmers get better milk. 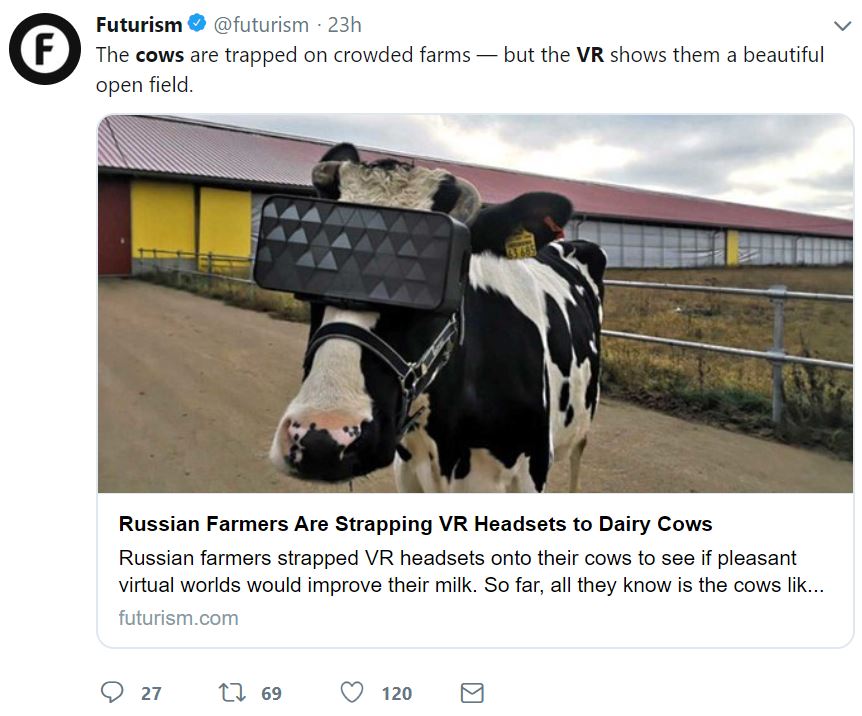 Yeah, deadset, it turns out cows are – as we discussed earlier – quite sensitive to their conditions. In turn, if the farmers can give them conditions conducive to happiness, they cows literally produce more nutritious milk. That’s why farmers across the world employ people to massage their cows, and play them classical music.

All of this brings us to the VR. Russian farmers and scientists are experimenting with the bovine-specific headset to trick cows into thinking they live in more luscious fields and have a better life than they actually do. Anyway, the first test was conducted at RusMoloko farm in Moscow. Experts have recorded a “decrease in anxiety and an increase in the overall emotional mood of the herd”. 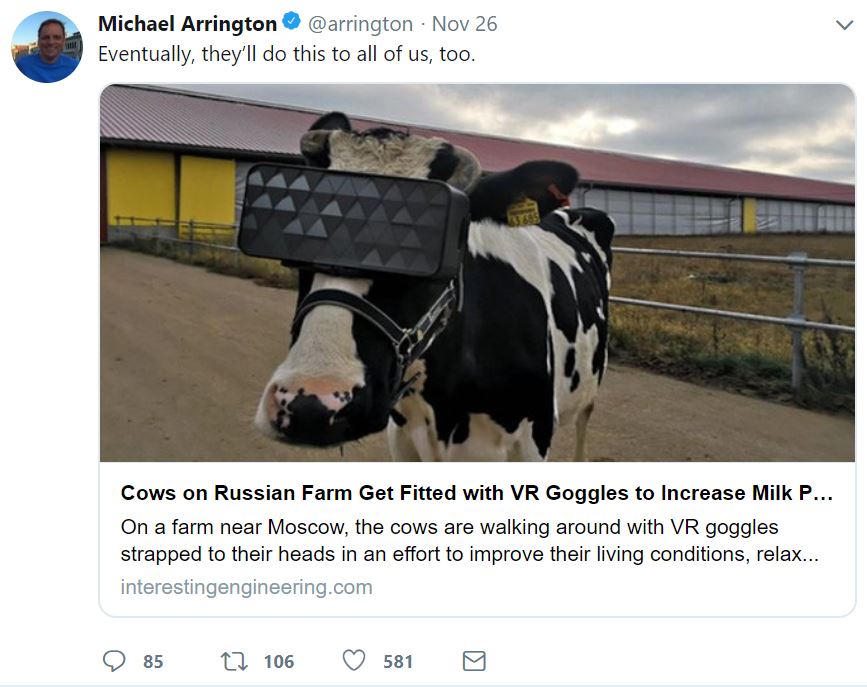 Final thought: We have to say that while the bovine Matrix is actually a pretty cynical move, it’s still making the cows happy and that’s a good thing. You know, just like tricking chickens into thinking its daytime by leaving the lights on…or tricking humans into thinking they have a great quality of life by giving them reality television.

This dairy farm is testing VR goggles on cows to see if they’ll produce more, higher-quality milk in an alternate environment pic.twitter.com/qsw5Ycrllk