Righto, ya legends, how do ya negotiate this intersection without causing a bingle?

All right, ya big bloody legends, we’re gonna be ridgey f**ken didge here for a minute and challenge some of our own Ozzy hoons to a bit of a driving quiz. While we know all you Seppos and Poms have probably got your own answers to this – even if they are wronger than a dingo’s donger – loads of our Ozzy blokes and blokettes reckon they’re a bit of a Lowndesy when they get behind the wheel, so we have to put ‘em to the test. 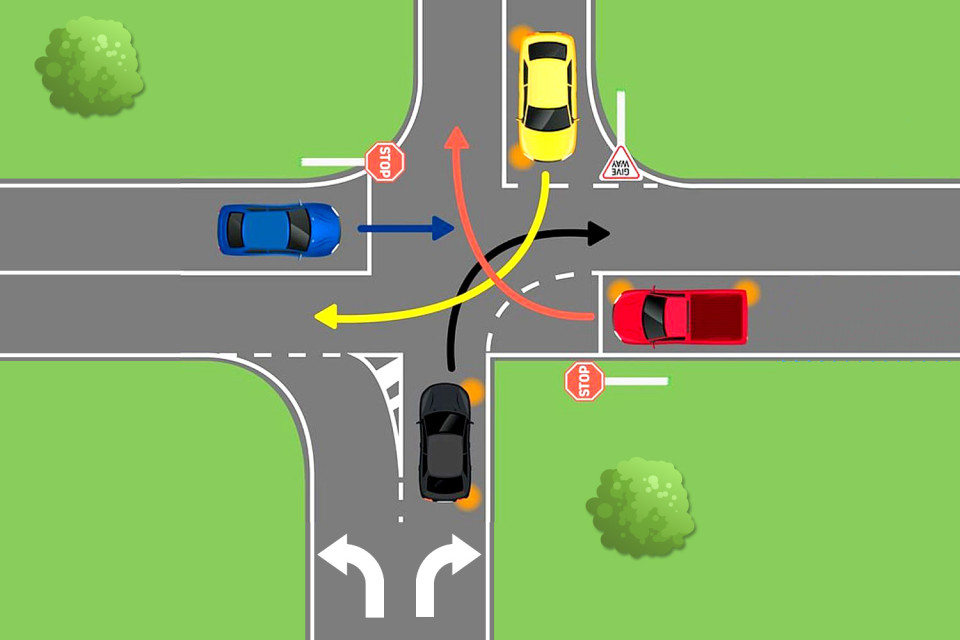 The test’s a simple one. Or, it should be if you didn’t get your licence as a prize in a packet of weet-bix, ya cheeky dropkicks. All you need to do is have a f**ken squiz at this diagram of a tricky-dicky intersection knocked up by the RACQ (Royal Automobile Club of Queensland).

Also, before you go and ask Shazza what she reckons, f**ken challenge yourself. This isn’t just a hypothetical. It’s modelled on a real intersection from the town of Bethania in Logan. If you know the area, you know the area’s full of bogan c**ts who wanna do mad doughies and fully sick burnouts in their Holden dunny-doors whenever they get the chance. On top of that, if you scratch up their s**t-boxes, they’ll probably shiv ya. 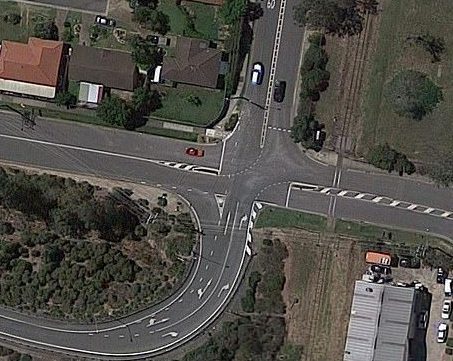 As you can see, two of the cars have to hit the skids at their respective stop signs. Another car’s got no sign and no lines on the road in front of it. The last one’s got a give way sign. One wrong move here and there’s gonna be a bloody bingle. Deadset, some prick’s likely to f**ken prang it, and some stooge is probably gonna stack it, so f**ken test yourself. 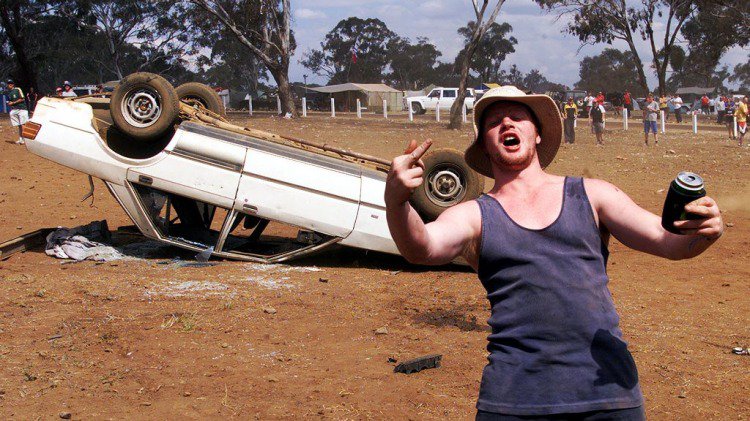 Final thought: All right, here’s the answer ya big bloody legends. If you get it right, f**ken crow about it to your mates and pick up your top bloke or top sheila award as you pass go. If you got it wrong, kick yourself in the dick and f**ken brush up on your road-rules, ya big spud.

Just in case you missed it, here’s one of Ozzy’s latest commentary videos…Ozzy Man Reviews: Koala in a car

Although we can’t talk from experience, we reckon that for the discerning criminal, there must be hundreds of ways to camouflage their diabolical deeds. Deadset, the use of the clipboard to access out-of-bounds areas ...