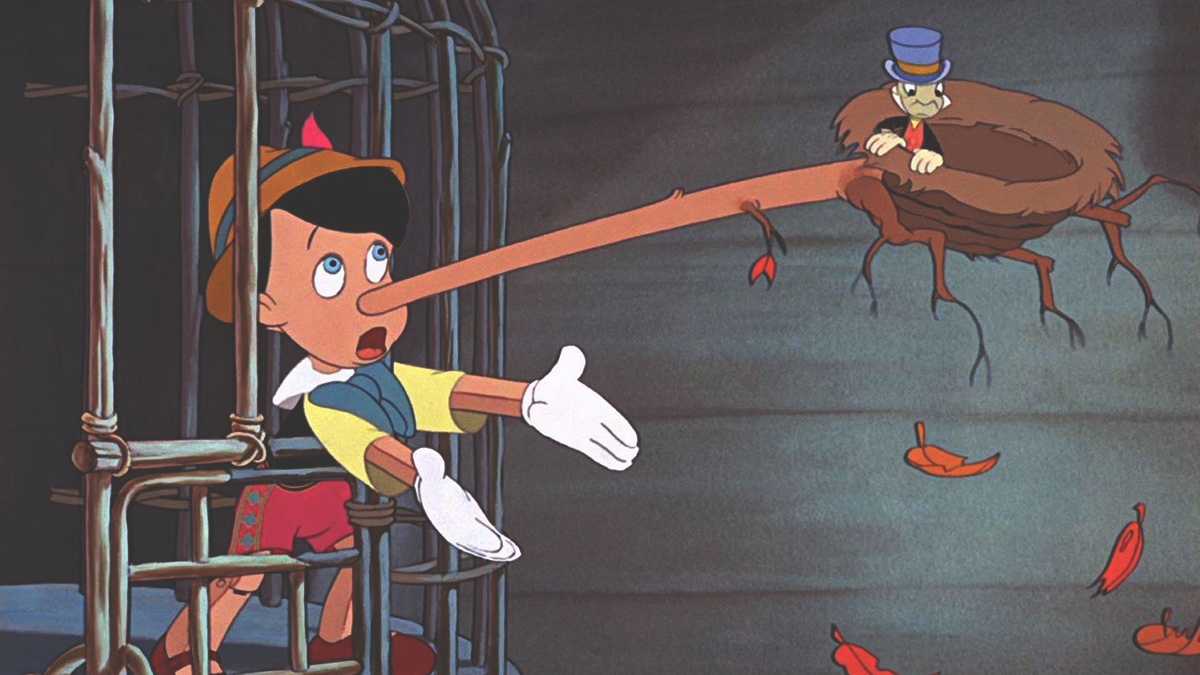 We’re gonna start this one with a bit of a trigger warning: if you’ve been blatantly lied to, this story might piss you off. Don’t get us wrong, we don’t know if there’s anything specific in here, but we do know that if you’ve had to deal with someone who lies their arse off on a consistent basis, you might find some of this a bit frustrating. Anyway, the gist of this one’s pretty simple. Redditors share the most obvious lies people have told to their faces. Have a squiz!

Now, we can’t speak for everyone, but in our experience, there are two types of big lies you might have to deal with in life. The first is the most obvious one. It’s easy to call bulls**t on this one, but it’s clearly a load of crap and it’s designed to make the person telling it look good without really hurting anyone.

I speak French, though I’m losing it from lack of use. But one of my college guy friends started dating a girl “from France.” He was all excited because she could talk to me in her native language and I could help translate. So he brought her to a party at my sorority house and introduced us.

I greeted her in French with a very simple, “bonjour, bienvenue, comment ça va” which is just hi, welcome, how are you.

Blank stare and red face in response. She then said, in what I thought was a kind of strange accent, that she’s sorry, she didn’t understand me. I looked at the guy and said “I thought you told me she was French?” Because maybe she was a different nationality and he was confused.

He looked at her and she just turned and left. He followed then returned a bit later and said he had caught up to her and she started screaming at him in perfect Midwestern accented English that he was a jerk for setting her up to look like a fool.

He had genuinely been excited that he could introduce her to someone she could talk to so he was blown away by her accusations and then angry that she lied. She apparently felt faking an accent would make her more appealing or something.

I would see her around on campus after that but she avoided me like the plague. TBH, I felt bad for her, but if you’re going to fake it, at least pick a country with a language you can speak. – LaLionneEcoSsaise

The other one is a bit more insidious. Yeah, nah, it’s the kind of lie that comes at someone else’s expense and is designed to make them look bad and the lying f**k telling it look good.

When I was a kid, the internet wasn’t a thing so, my friends were whoever happened to live in the neighborhood. One kid was a well known liar and exaggerator. We were maybe 14 years old at this time.

This kid could play guitar and was always talking himself up about it and talking about “his band.” He actually could play, but “his band” did not exist.

One day, I called him at his house, from my house. I don’t remember what it was about, but a few minutes into the conversation, told me, “by the way, I’m in Florida with my band”, just out of the blue. This was before even pagers were a common thing. I called him. At his house.

I just said something like , “uh huh. Ok.” and ended the conversation. I then proceeded to tell all the other kids in the neighborhood. – Knight_owls

In the Reddit thread that saw a bunch of people sharing the most obvious lies they’ve ever been told, we see a bit of both. Still, despite the purpose, there’s nothing quite like a bold-faced liar getting caught in the act.

In 5th grade, a friend of ours used to try to convince us he used to hangout with the band Sublime.

Among other stuff, he said the he was the person featured on the cover of their self-titled album and he used to do drugs with them and even tried heroin once.

We were fucking 11 years old and he claimed this all happened two years before he even moved to our school. So yeah, a fucking nine year old did all this wild shit. We constantly called bullshit but he would just continue to lie and make up more stuff. We stopped hanging out with him because he was so full of shit. – PrometheusAborted

Have a read through some of these and, hopefully, a bit of a chuckle. Most of them are the first kind of lie, and they see the teller just trying to bignote themselves. We’re not sure that’s really a bad thing as it comes from a place reflective of self-esteem and a desire to fit in.

I used to work with a guy that was a serial liar. Couldn’t tell the truth if his life depended on it.

So many lies, but this is my personal fave:

Keep in mind that at the NFL combine the 40 yard dash is the standard for speed. 4.5 seconds is great. 4.4 is elite. And the fastest time ever recorded – by a prospect is, I believe 4.24 seconds.

This yutz I worked with claimed that back in his army days, he ran a 4.2 flat – in combat boots.

As for the other kind of lie, it’s really hard to see a positive. Lying’s a pretty f**ken despicable thing that just proves dishonesty, and if you know a born liar, it’s impossible to ever trust that person. Deadset, you can’t trust these f**kers in life, love or law, and that’s a sad thing.

I was picking up a sofa from a guy I found on Kijiji and he stopped me right before leaving to see if I wanted to buy a mirror he was also looking to get rid of. I wasn’t really interested but my wife seemed keen so we stopped in the hallway to check it out. He said “It was a gift from my son in law. It’s a beautiful mid-century antique. I’ll let it go for $75.” He went on about what an amazing mirror it was and even told me “pick it up and feel how sturdy it is!”. I picked it up (it was really heavy actually) and took a peek at the back and saw a sticker from Value Village with a $30 price tag. I kinda chuckled to myself and asked if he would go any lower than $75. He said “I really couldn’t”. Then I said “Well, I can see a tag from Value Village on the back here…” We ended up getting the “mid-century antique” mirror for $15 and me and my wife still laugh about the amazing deal we got on it. – Draculad

Anyway, have a read through some of these big Reddit lies and let us know which is your favourite.

Final thought: If you’re feeling good after reading this, let us jump on the bandwagon! If you’ve been told an obvious lie, share it in the comments section! See you there!