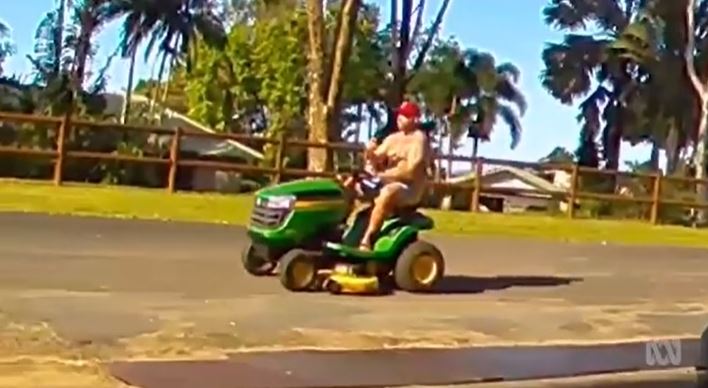 We know that when it comes to joyrides, bloody Hollywood has created a bit of a stereotype about the way they look, but a recent video released here by coppers from Cairns in Queensland flies in the face of all that. Yeah nah, instead of being a f**ken hardcore cut and run with burnouts, doughies and screeching tyres, this one’s a bit more relaxed. Give it a squiz down below to see a cheeky thief make a clean getaway on the ride-on mower…

All right, obviously, we’re aware that ride-on lawnmowers aren’t exactly the most novel thing in the world and that they’re available everywhere, but if you’ve lived in one of those countries that builds three houses on a parcel of land tighter that a turtle’s tooter, you might not realise just how common they are here. 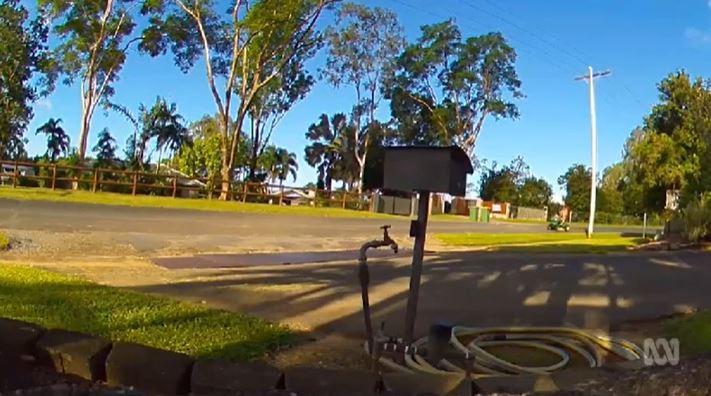 Still, that simple fact didn’t stop an opportunistic bugger from nicking off with another bloke’s mower. Yeah, nah, get this: according to Senior Constable Heidi Marek, “He told the owner he wanted to purchase a similar mower for a family member and asked if he could take the mower for a test drive.”

Naturally, the owner was a bit bloody suss, but that didn’t stop him from eventually relenting. With that in mind, we bet he was f**ken kicking himself when the cheeky prick took off with it. 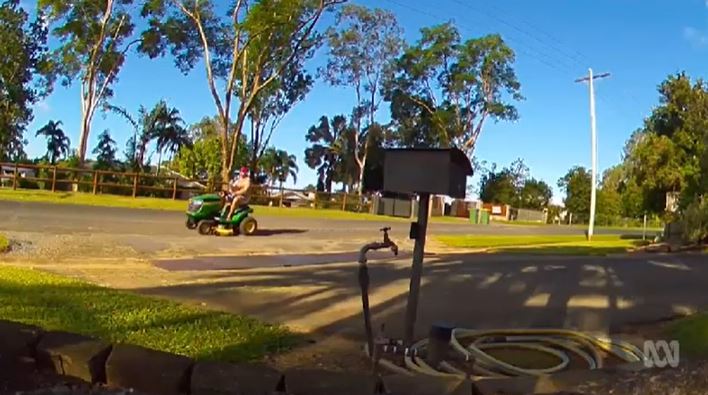 Apparently, it was even a surprise for the thief’s misso. Once she realised what he’d done, she got back in the car and took off in the other direction. Senior Constable Marek reckons it was an opportunistic theft and old mate thought he’d get away with it.

Eventually, the f**ker drove the mower into a ditch and left it there, but that didn’t happen before he was caught on camera making the slowest getaway ever.

Although they’re still looking for the keys – and the offending thief – the owner of the mower is said to be stoked that he’s got his mower back.

Final thought: Yeah, nah, this is a bit bloody dodgy this one. You just don’t touch another man’s mower. It’s not on. Nah, it’s definitely not cricket and we reckon that if you know the thieving prick you ought to grass him up straight away. Yeah, nah, this is just too mulch.