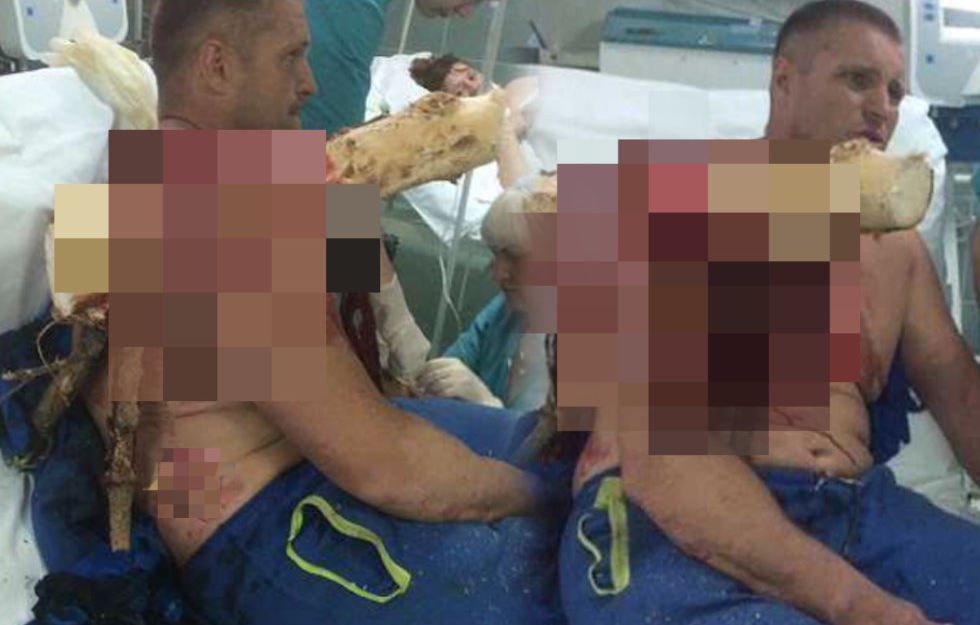 Pilot Crashes Plane and Gets Impaled By A F**ken Tree

Getting impaled doesn’t sound like much fun at all. In fact, it sounds pretty sh*t. In movies it’s reserved for the real f**khead villains like the dude from The Crow or that prick The Punisher bloody destroys in Warzone. In history, it’s reserved for anyone who looks sideways at Vlad the Impaler. Either way, the unwitting recipient of said impalement ends up in Destination F**ked. Fortunately for this Belorussian pilot, he didn’t get the memo… 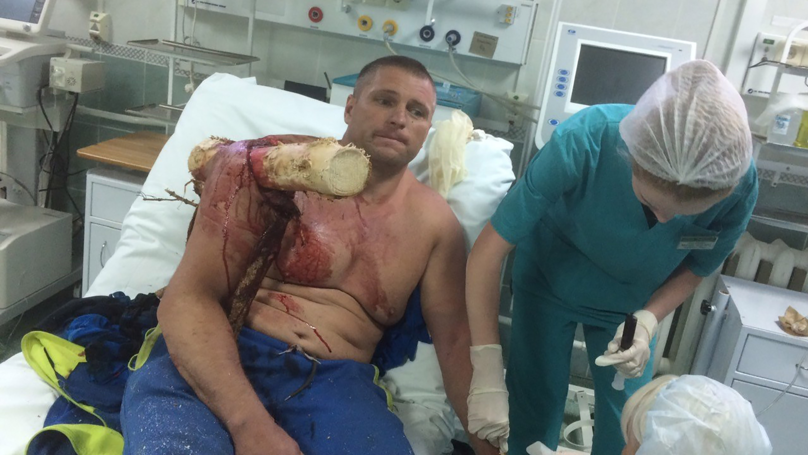 A strap on his vehicle snapped and the paratrike crashed into woodland. Thankfully, Krasouski wasn’t too badly hurt. Yeah-nah, he was in deep sh*t. He just didn’t realise it at first. 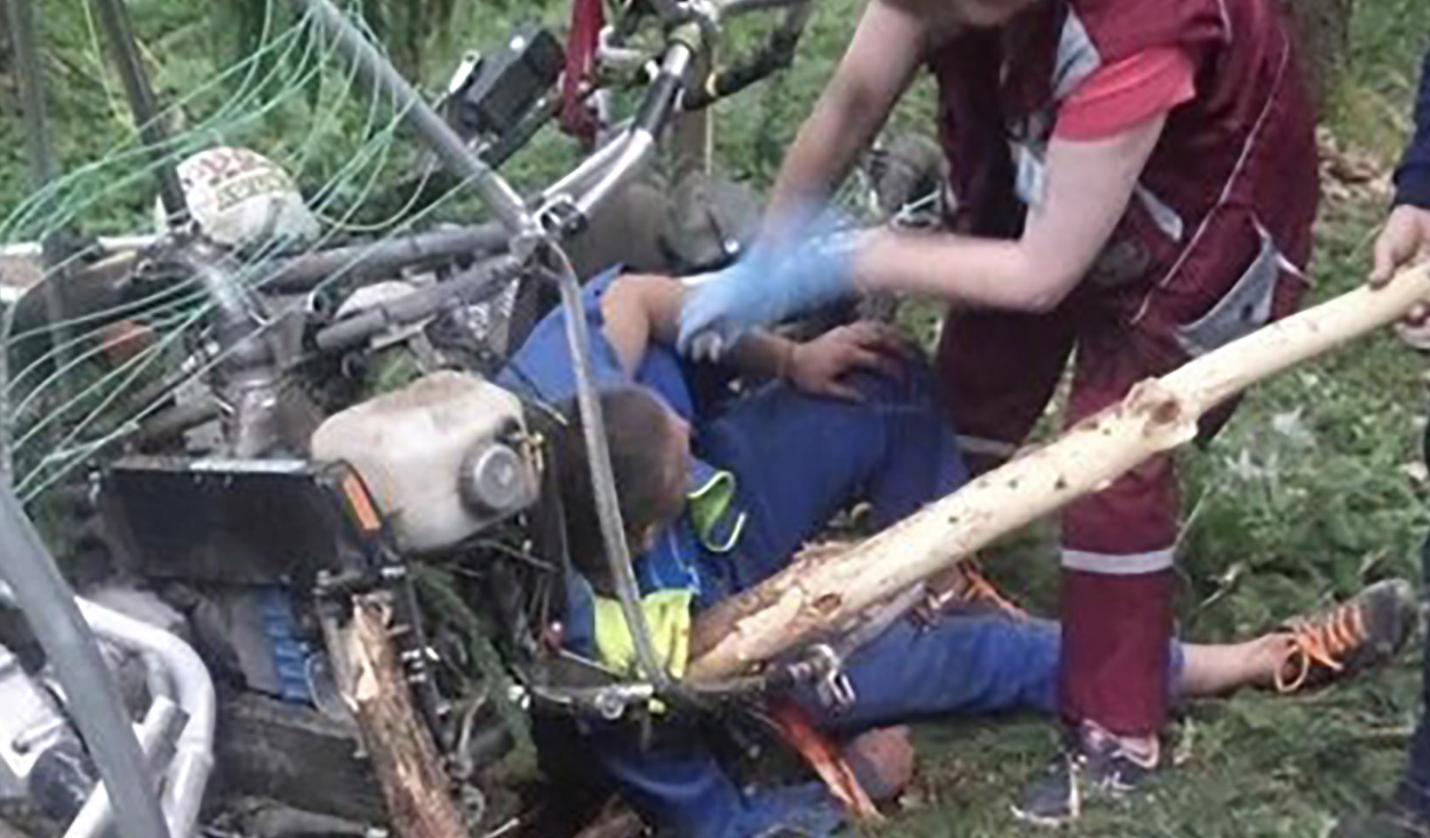 “I thought I would branch out into new territory.” Credit: East2West News

“I’m thinking, ‘I fell so softly, all is okay,'” he told reporters from the hospital. “‘I’ll stand up and go…’ then… something holds me back. It was a giant log there. I tore my shirt and there was a branch in my arm, thick as a watermelon. Like in ancient times people were put on a stake… I was impaled.”

As we mentioned though, Krasouski is a tough cookie. 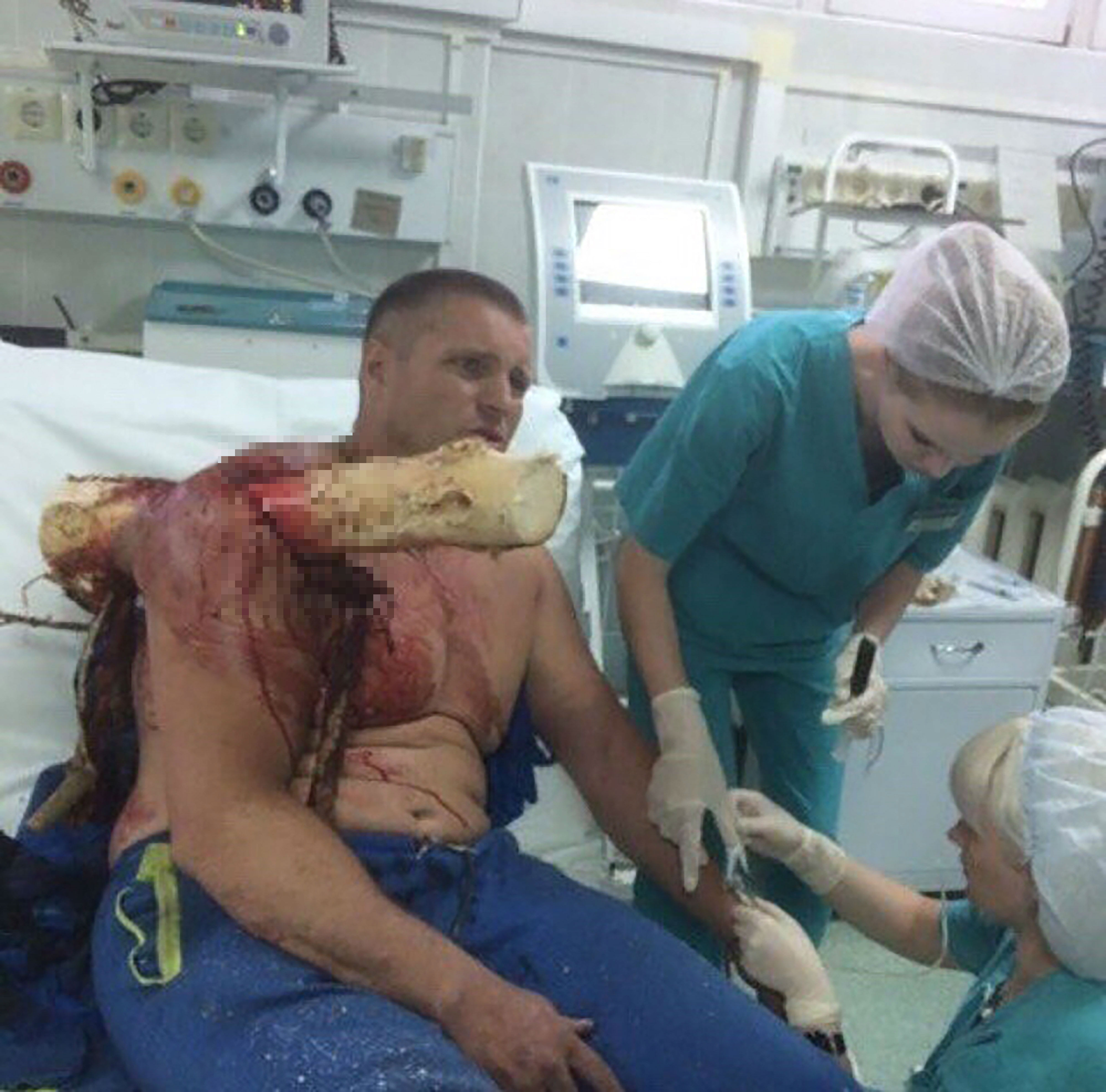 “My classmate arrived. He works as a rescuer,” he said. “He sawed off the log from one side, then from the other. Many people came. I told them – ‘Take out this splinter,’ and they say ‘No, are you crazy? If we take it away, you’ll bleed to death. I was like, ‘I am Groot!’ and I went to the ambulance with this log embedded in me.”

From there, the crazy b*stard took photos for his social media accounts before letting surgeons operate. 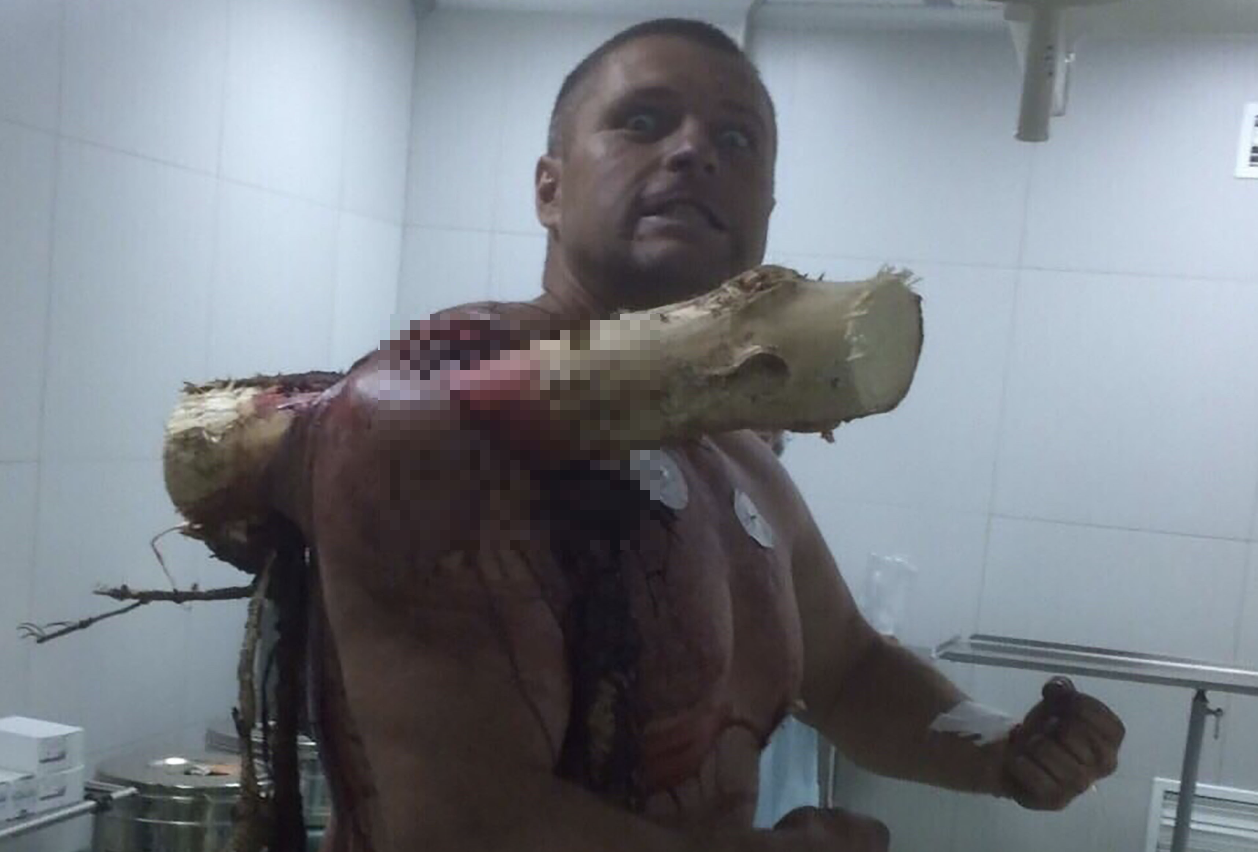 “I am Groot!” Credit: East2West News

Final thought: Talk about a herculean display of fortitude and manliness from the big fella. That is a ghastly injury, but he just does not seem to care. All we can assume is that once the surgery was over, he demanded beer, f**ked all the nurses and declared himself the new king of the hospital. Talk about a high pain threshold.