Common sense. Despite its name, it’s rarer than bloody hen’s teeth. Deadset, we like to think everyone has it, but the sad fact of the matter is that there are plenty of people out there who are somehow moving through life without it. Take the Audi driver in today’s video as an example. If they had have used their brain, they’d have probably realised that there was bound to be a camera somewhere. Obviously, though, they didn’t, which is why they splashed the f**k out of a mother and child while driving through Stafford.

Here’s the thing. We totally get this urge too. Like most of you, we’ve got a little devil on one shoulder and a little angel on the other.

However, the thing that separates most people from the total wankers of the world is the ability to blind the little c**t who tells you to dumb s**t with salt and move through life without giving into that urge. 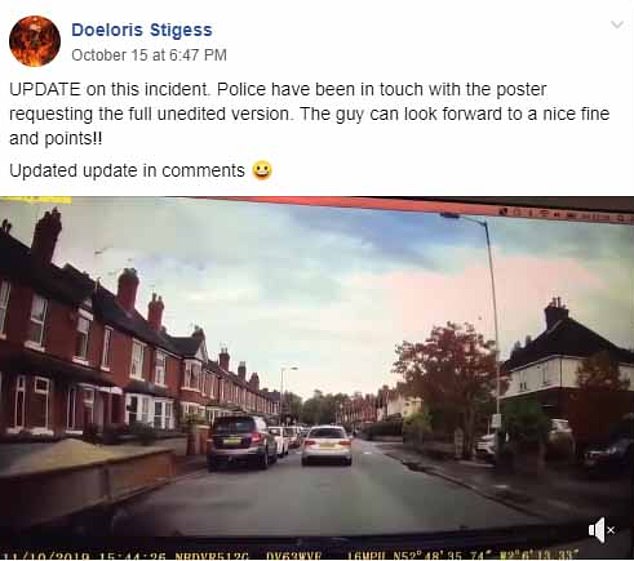 This bloke – and we’re guessing it’s a bloke because you know – gets the go ahead from the little dude on his shoulder and totally ignores the saint saying, “Dude! Don’t do it! You’ll get caught! It won’t be that funny! It’ll make you a total f**kstain!” and plows through the puddle, drenching the mother and son.

Seriously, while there might be a time and place for pulling this kind of s**t on someone, you need to make sure they’re your worst enemy. Maybe, at a stretch, you could get away with doing it to a sibling, but spraying the s**t out of randos with filthy gutter-water – especially women and children – is just a bit s**t.

And, to bring back the original point, you’re going to get caught on camera. In this instance, the driver behind the Audi had a dashcam. He filmed the whole thing and posted the video online with the following caption:

“Audi who decided to drive aggressively onto the wrong side of Tithe Barn Road today to splash a lady, your details and this footage has now been passed onto the police! Enjoy your three points and a fine! I stopped to check on the lady who was very shaken!” 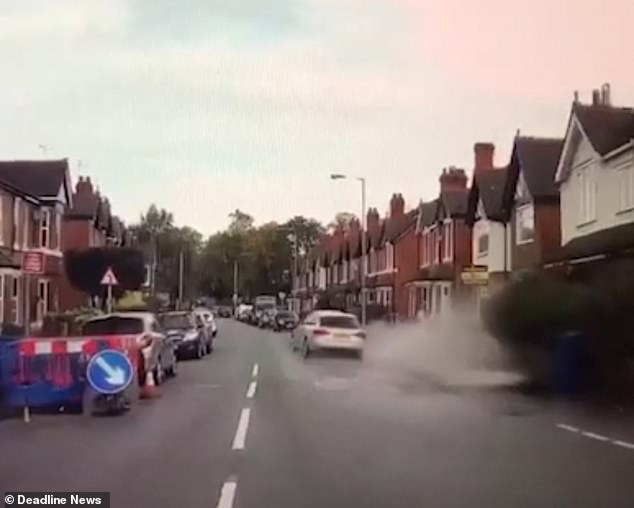 As you can imagine, Staffordshire Police have got in contact with old mate and announced they are now investigating.

Final thought: We say this a lot, but be safe out there. Be excellent to one another, and for the love of all that is awesome, ignore the little devil inside who tells you to do s**t like this. He’s a prick and you shouldn’t listen to him. Even if it is kinda funny, you’re going to get caught on camera.