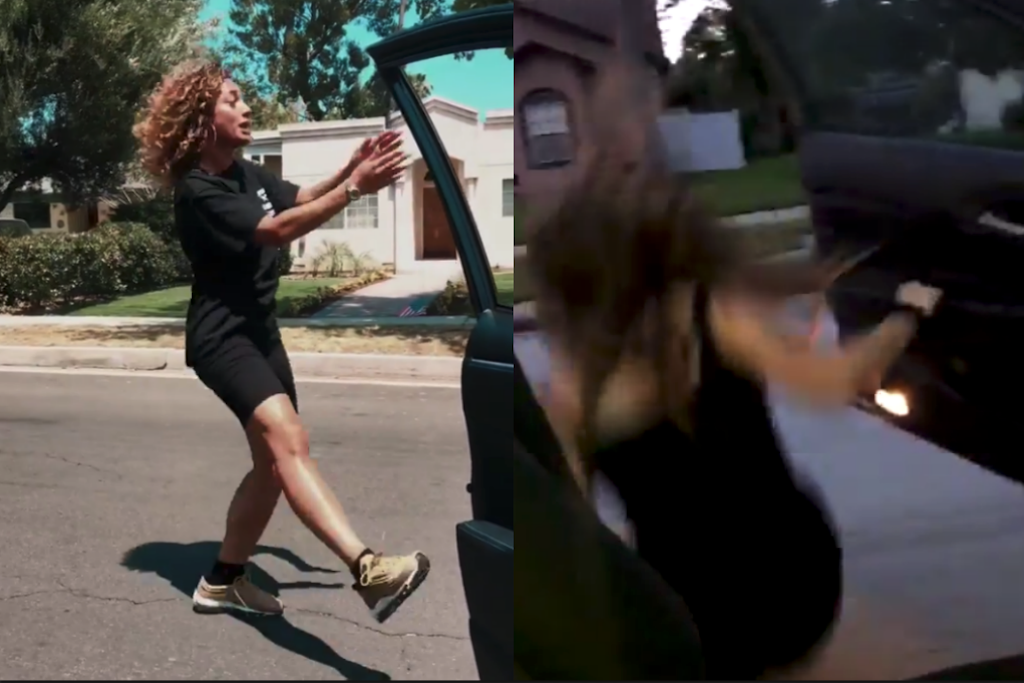 If you’ve ever been on a road-trip with the boys and the wrong bloke has been DJ, you know what it’s like to feel like you need to jump out of a moving car because of the music. Of course, you’ve probably never done it. Well, it turns out the inverse is true. People will actually jump out of a moving car for a song they love. Like Drake’s new song, In My Feelings…

G’day ya legends. How ya doing? We’re real glad you could join us today for another episode of Natural Selection, the show where nature weeds out the weak. Today we’re running a special on the latest risky meme. It’s more dangerous than planking and it’s riskier than the Tide Pod Challenge. It’s known by several names, #InMyFeelings, #KekeChallenge or the #DoTheShiggy. And, truth be told, it’s f**ken gold.

So, apparently, comedian Shiggy got this all started when he cranked the song and busted out his moves in public. From there, US Footballer Odell Beckham Jr did the same thing after getting out of a stationary car. After some internet wiz kid added motion to that video, we ended up with enough fail videos to complete an episode of Tosh.O.

Contrary to all logic, jumping out of a moving car is not that easy. While there have been some successful attempts, all of the good videos are total clusterf**ks. Look, America’s National Transportation Safety Board (NTSB) has urged people to stop, but I’m not sure it’s a bad thing.

We have some thoughts about the #InMyFeelings challenge. #Distraction in any mode is dangerous & can be deadly. Whether you are a #driver, #pilot, or #operator, focus on safely operating your vehicle. Read more on this #NTSBmwl issue: https://t.co/b9D0IwNemV #MWLMonday https://t.co/vt6oFTbDsj

Final thought: At the end of the day, we’ve got to give people the benefit of the doubt here. Sometimes a good tune is hard to resist. Sometimes it just drives you to move your body. Take Sepultura’s Dead Embryonic Cells for example. Just listen to that and try not to bang your head. I assume this is pretty much the same thing. Just with moving cars and potential fatalities…

And of course, the best for last: