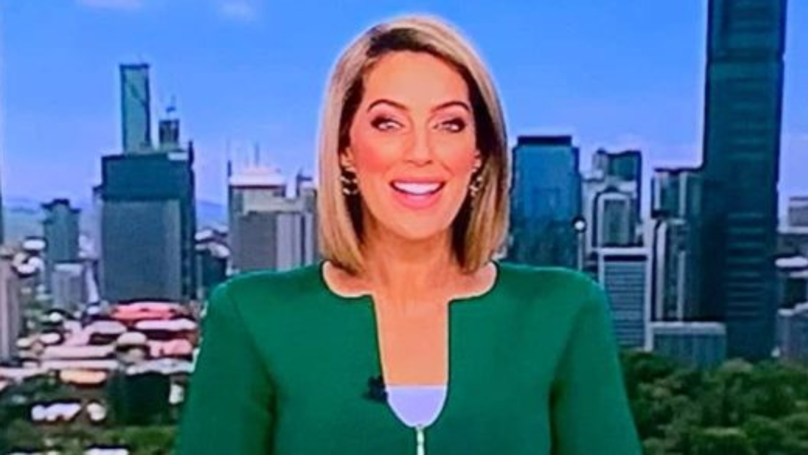 You guys are well aware of the fact we love a good dick joke here at Ozzy Man Reviews. It’s not a secret. Sh*t, we prac-dick-ly pride ourselves on them. So when the internet spotted a Channel Nine wardrobe cock-up, we knew it was an issue we’d have to tackle here on the website.

Rightio, ya bloody big dickheads, how the f**k are ya? Hopefully you’re hanging as loose and as full of juice as the big bell-end Samantha Heathwood’s got adorning the outfit she wore during a Channel Nine news report.

That’s right, take a look at the poor lass’s outfit, which internet users have dubbed the ‘penis jacket’. Yep, people have taken one look at it and claimed that combined with the soft purple of her vest and the flesh she’s revealing beneath the cut of the jacket, she really looks like she’s draped herself in an old fashioned dick and balls. Yep, they say she’s wearing a bacon torpedo on live television and that she’s busted Dr Cyclops out of the closet and donned it like a scarf. 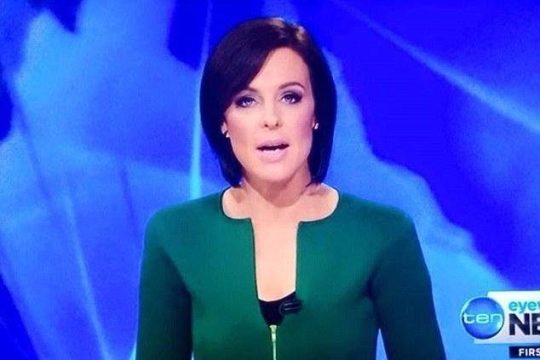 If it’s true, the poor sheila can’t have been aware of it before the fact, but she bloody well should have been. It’s not the first time the penis jacket has seen the light of day. Fair f**ken dinkum, someone in the wardrobe department at Channel Nine finds this one jacket bloody hilarious. Either that or they have no idea that it just shouldn’t be worn live on television.

Yep, turns out this lady lance has seen action before. In 2016, Natarsha Belling rocked the same jacket on Ten News.

Someone in the wardrobe department, probably: "It's been a couple years, no-one will notice." pic.twitter.com/rRRyBwEyyt

Final thought: If Samantha’s out there reading this somewhere, we want her to know that she f**ken rocked it on the night and this is by no means a slight on her. She’s a bloody grouse newsreader and it’s probably not her fault. Yeah, nah, we reckon whoever’s working the wardrobe owes her a bloody drink or two. Cheeky little sh*t. Anyway, what a top sheila for dealing with the banter.