Mate, we don’t know about you, but if we chopped our own f**ken hand off at work, we’d be bloody distraught. Honestly, your hand’s pretty bloody important. You need it to hold a beer, to scratch your arse and to tie your shoelaces, so as we said, you need that s**t. That’s why we can’t imagine how Ozzy bloke Lorry Cooper felt when he severed his hand on the meat-slicer at work. Yeah, nah, f**k that for a laugh. Still, you’ve gotta give him, his surgeons and his workmate credit. Here’s why…

Lorry, who lives up in Brisbane, was operating the meat slicer when he lopped off his hand.

Yeah, in a split-second, he found himself sans one ball-scratcher.

As you can imagine, the situation was pretty horrific, but thanks to his quick-thinking mate, things look like they’re gonna be all right. 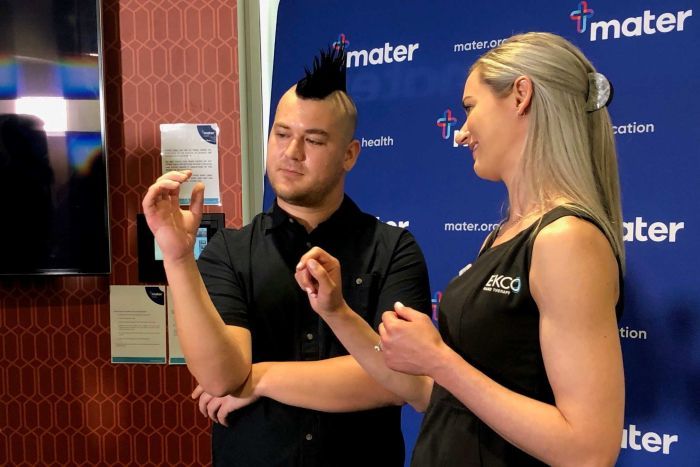 That bloke, who deserves ALL the beers, grabbed the severed hand, chucked it in ice and whacked a tourniquet onto Lorry’s bleeding stump. Talk about cool under pressure. We’d probably be running around, screaming, “Nah, you f**ken touch it!”

Anyway, they got old mate to the Mater Hospital in Brizzo and the team of surgeons was able to reattach it. Theo Birch, one of the surgeons, said, “Before we could even consider reattachment we had to establish if we could reconnect the blood supply to the severed hand within a viable timeframe.” 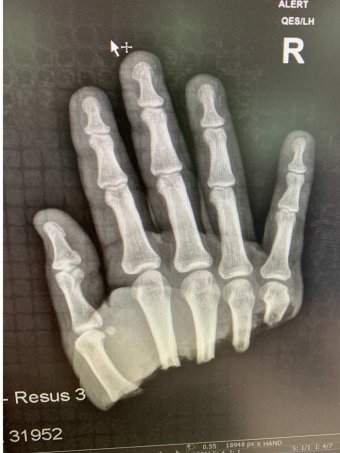 Now, we could go into a whole big spiel here, but it’s pretty f**ken obvious, the surgeons worked with immense skill, capitalising on what turned out to be the good fortune in chopping off his hand the way he did. Because the meat slicer cuts so clean, there was no jagged bits and that made reattachment easier.

It was the next day, though, that doctors realised Coops was undergoing a miraculous recovery. The prick was wiggling his fingers just a day after the operation. They reckon that they did things as they were supposed to. “We gave him a day’s rest, put it into a splint and got things moving to improve the chances of success,” they said. Well, turns out it was a cracking start, even if there’s still a long way to go. 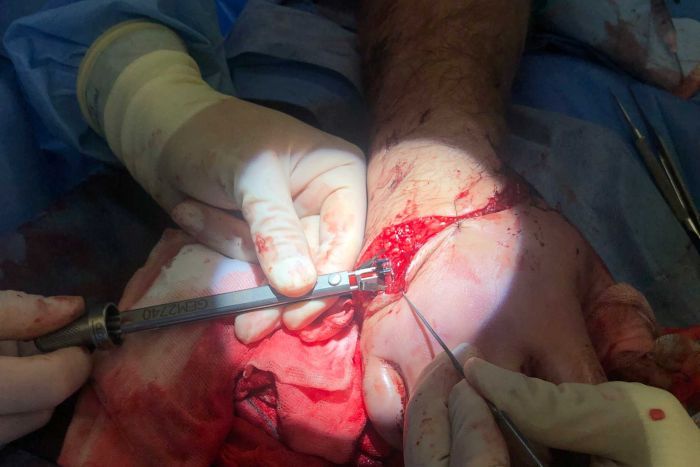 In time, Lorry’s hoping he’ll get full use of his hand again. Obviously. “You’re always grateful and you’re always happy but there’s a lot of mental issues. I think you’ve just got to be strong-willed … it’s just about seeing how it progresses.” 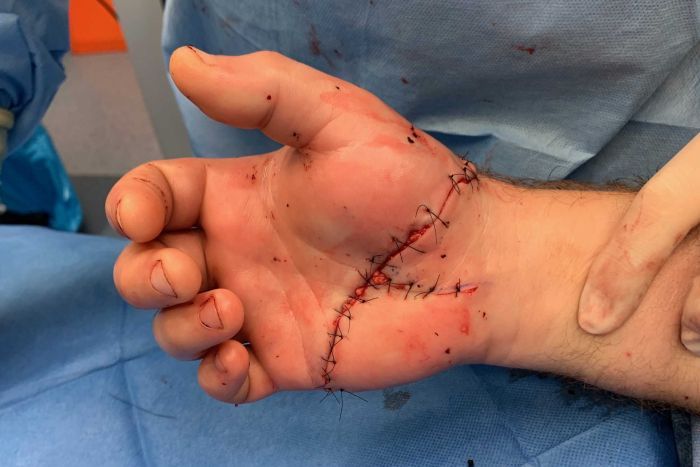 Final thought: Mate, this is a f**ken hardcore thing to experience at work. We’re just glad that Lorry and his fully sick haircut are on the mend. Hang in there, big fella. We’re all rooting for ya.