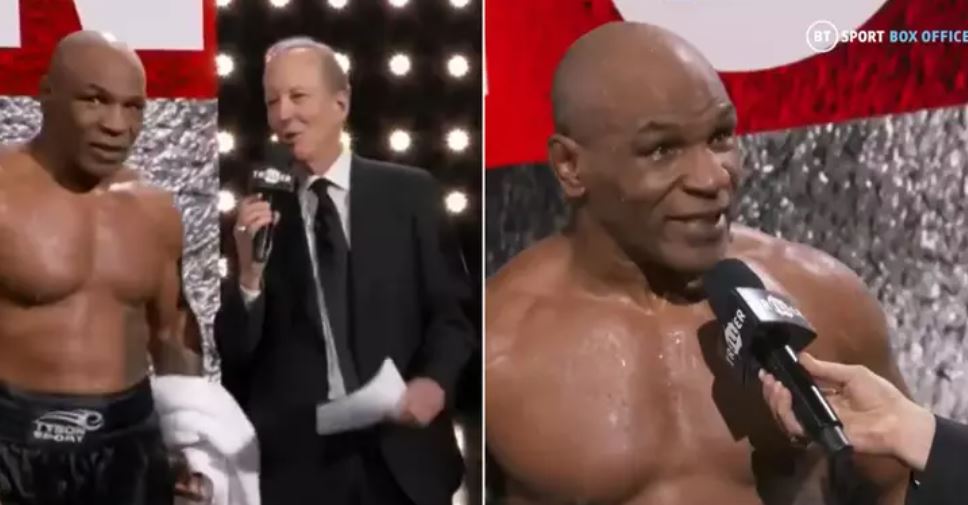 As you might be aware, Mike Tyson was back in the ring this weekend, taking on Roy Jones Jr for an exhibition fight. Like the reformation of a great band, seeing Tyson put on the gloves again was a bloody treat, but while the fight was seen as a draw, plenty of people are loving the post-fight interview. It shows a side of Tyson you might not be familiar with, his humanitarian side, but it’s doing the rounds online thanks to some pretty humorous moments. Give it a squiz below…

The bout, which is the first of an exhibition circuit Tyson’s hoping to make a bit more extensive, Tyson’s Legends Only League, took place at the STAPLES centre in Los Angeles, and by all accounts, it was a pretty compelling eight rounds.

What we’re here to chat about, though, is the aftermath – and that’s the excellent interview that came after the match. Jim Gray hosted the two fighters for a chat which saw Tyson showing that despite his terrifying training videos, he’s actually a pretty chilled fella.

Still, the best moment of the exchange came right after Gray asked Jones Jr if he’d keep fighting in these exhibition contests, perhaps even to find out the real winner between him and Iron Mike. “People were afraid you might get hurt tonight, Roy. Were you afraid?”

Before Jones Jr could get much of his response out, Tyson busted out the ‘woe is me’ card. “I was afraid I might get hurt,” he said. “I didn’t fight in twenty years! He only stopped fighting for three years! I’m worried I might get hurt; why’s nobody care about my ass?”

He didn’t stop there, but. As Jones Jr laughed like a cheeky schoolkid, Tyson kept going. “I didn’t fight in fifteen years. He stopped fighting two years ago and everybody’s worried about his ass!”

“Nobody thinks that a giant is going to fall,” Gray said.

And to be honest, this is the bit we like the most. Despite his reputation as a natural, Tyson shows his seriousness about training and improving. He knows that the pinnacle of anything is about hard work, and says, “I’m not a giant! I’m a beginner!”

That’s a top bloody lesson there for anyone who’s working to get to the top of their game.

Final thought: Yeah, nah, we loved this one. Have a watch of the video and let us know what you thought of the whole thing in the Facebook comments.