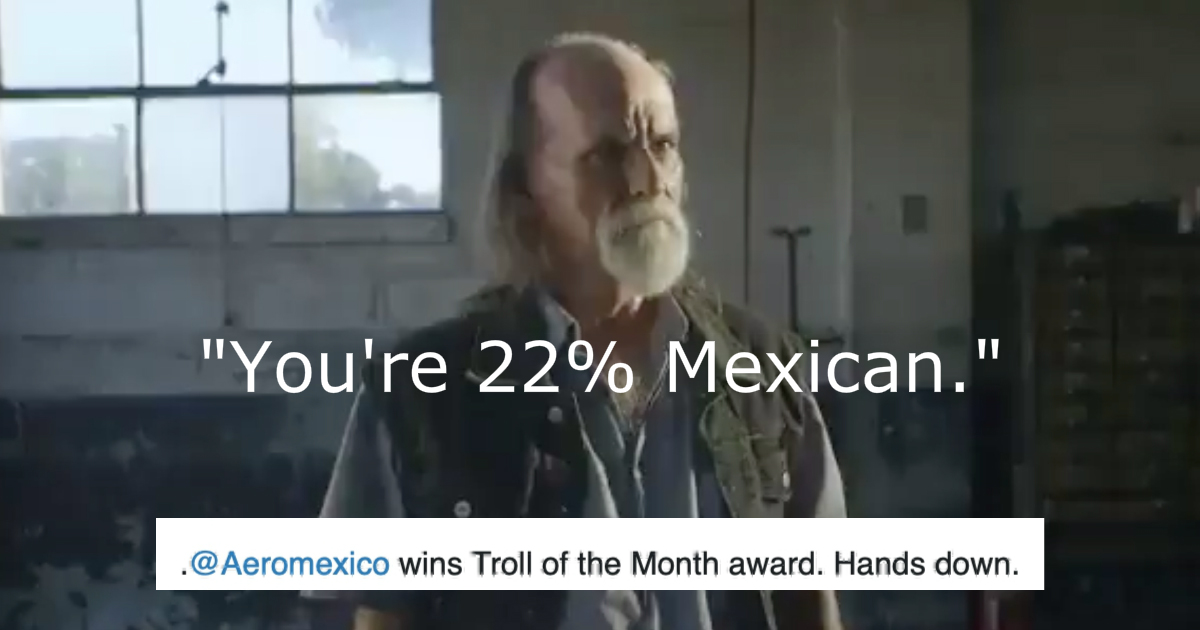 Racists get trolled brilliantly by this Mexican airline ad

If there’s one thing we can all pretty much agree on, it’s that racism is sh*t. Deadset, whether it’s the kind of racism that comes with bathrobes and a pointy hat, a shaved head and swastika tattoos, or the institutionalised kind with dodgy three-strike policies and the imprisonment of juveniles, it’s fair dinkum f**ked in the head. Unfortunately, racism isn’t a thing of the past. But, if you ask us, there is one bloody excellent way to combat it. Take the piss out of the racists and let ‘em show the world how ridiculous they really are… 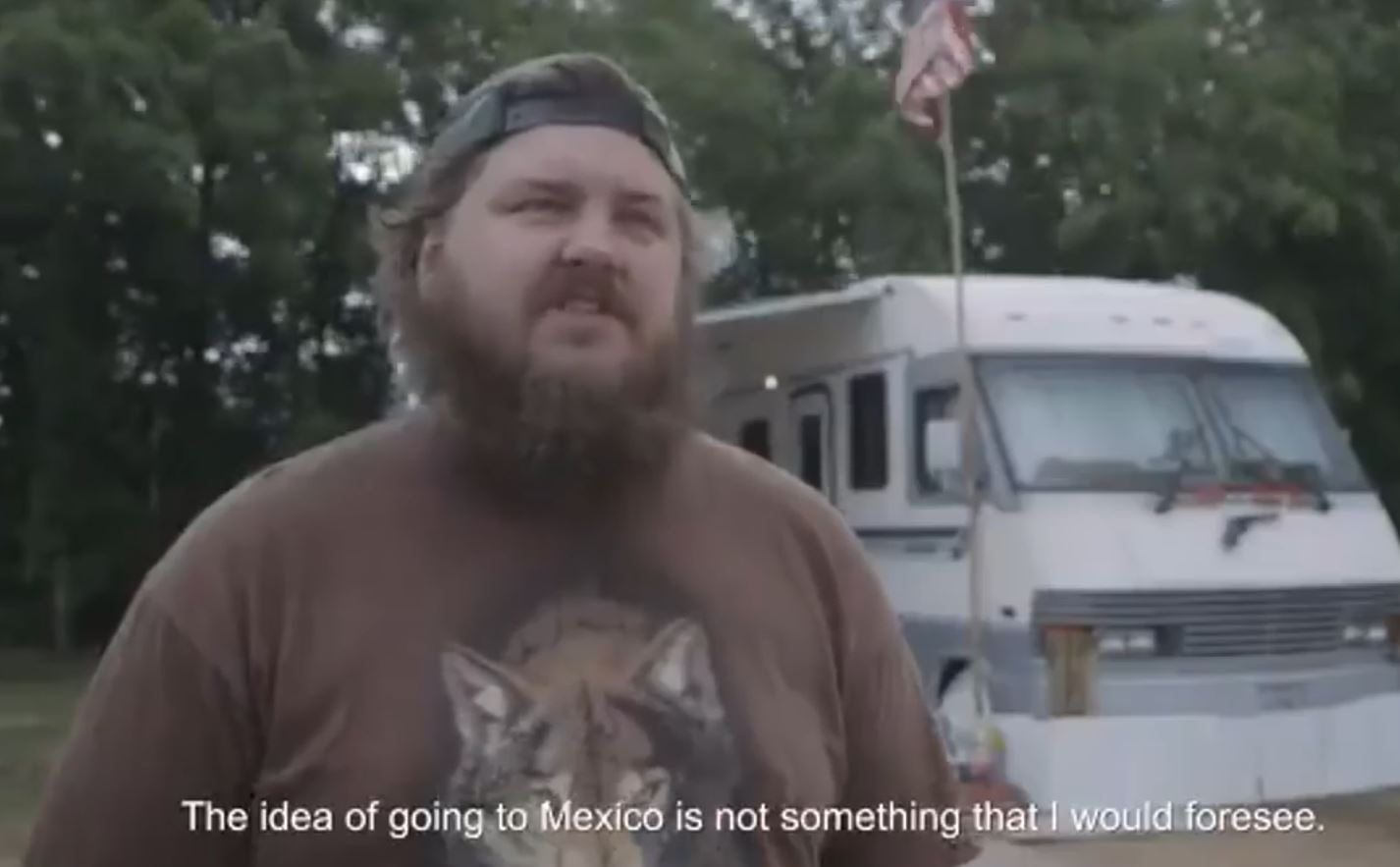 Mexican airline, Aeromexico, has taken that idea and run with it like it was a bloody kite. They’ve taken it to such an extreme that ‘take the piss out of ‘em’ seems to be the marketing theory behind their latest campaign.

When the numbers came in from the marketing analysts, it became very clear that they needed to do more to encourage our Seppo mates in Yankeeland to visit Mexico. Obviously, that’s easier said than done. If it wasn’t, the silly buggers wouldn’t have decided to focus on upping those numbers. 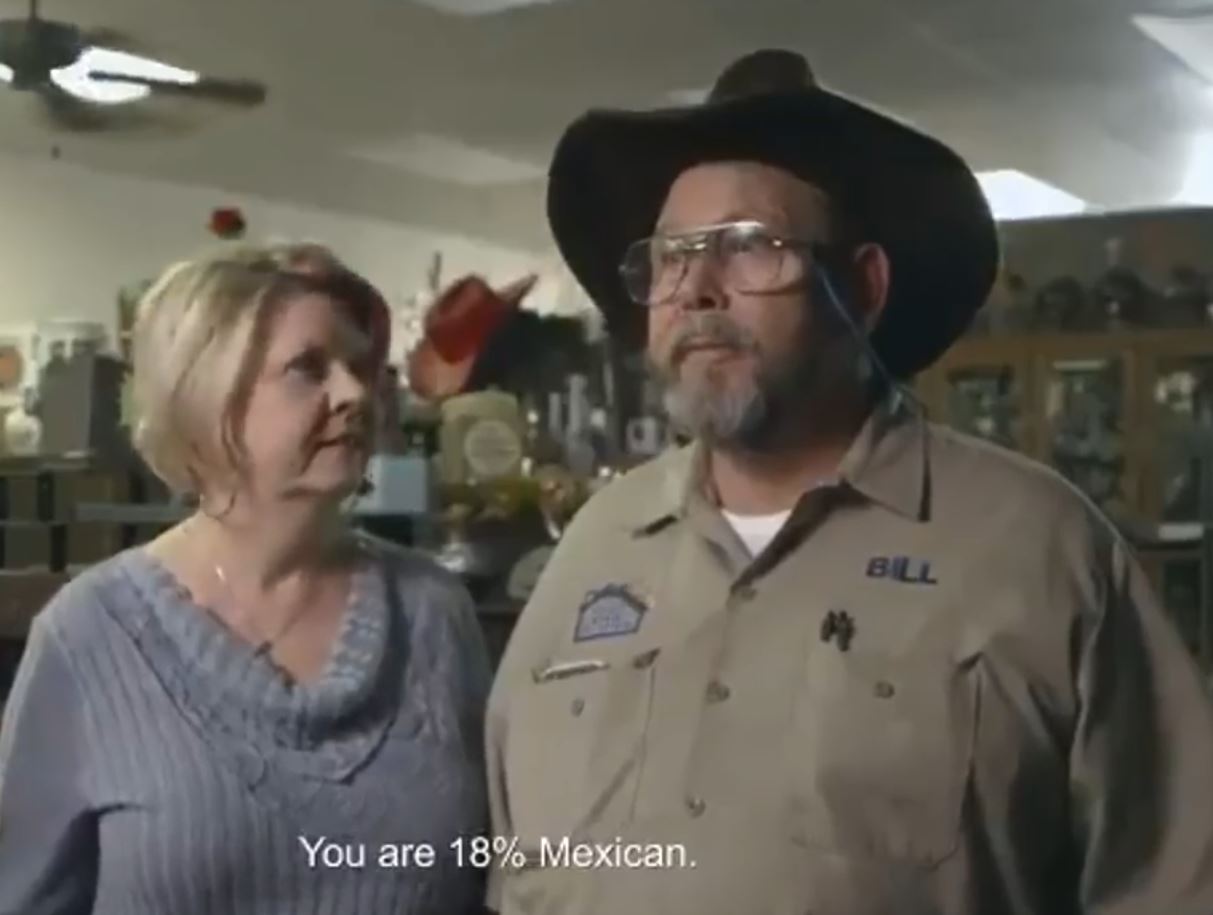 So, in perhaps the best move ever, they decided to troll the f**k out of some locals by having them take a DNA test. They got a discount that was set at the percentage of Mexican lineage they had in ‘em.

We don’t know if you can even get a certain percentage measured, but these guys all took it fairly well. No one in the clip runs off screaming, no one automatically flips sides either. That sh*t will probably take time. 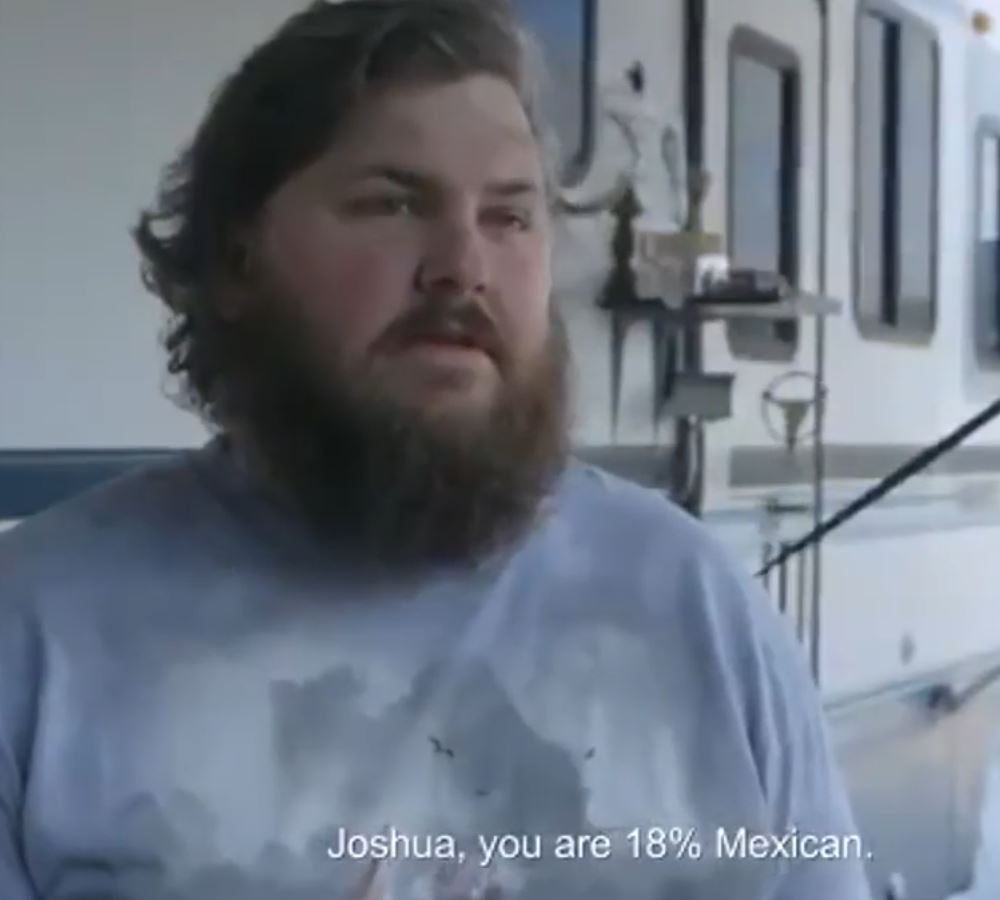 Have a squiz at their reactions. You can see some of them just take it at face value while others claim it’s “Bullshit!” Then, there are some who actually seem pretty stoked with their discount. 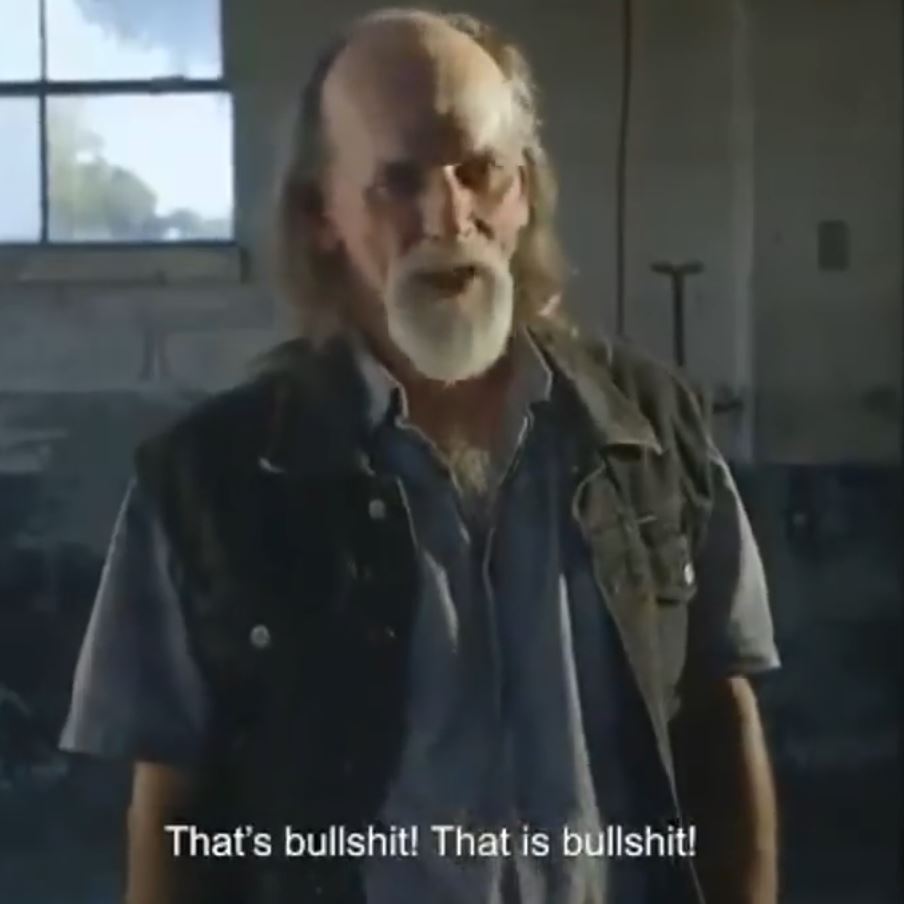 No word yet on whether the campaign is working extensively, but a few of these blokes may well have booked in a visit to Mexico City. 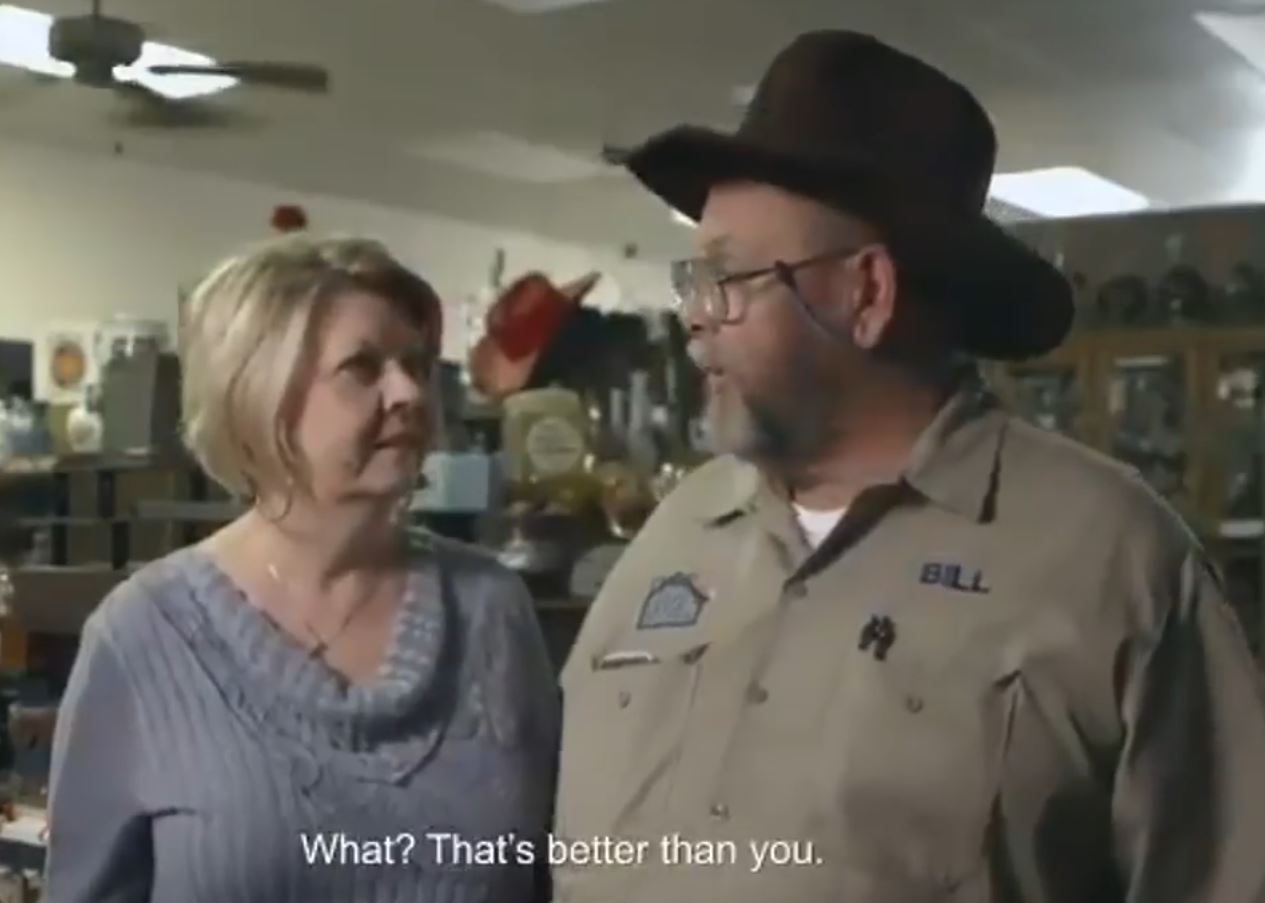 Final thought: These kinds of studies are all about the marketing. Is anyone in the vid actually Mexican? Who knows? Who cares?

.@Aeromexico wins Troll of the Month award. Hands down. pic.twitter.com/e9vrpXoUNh