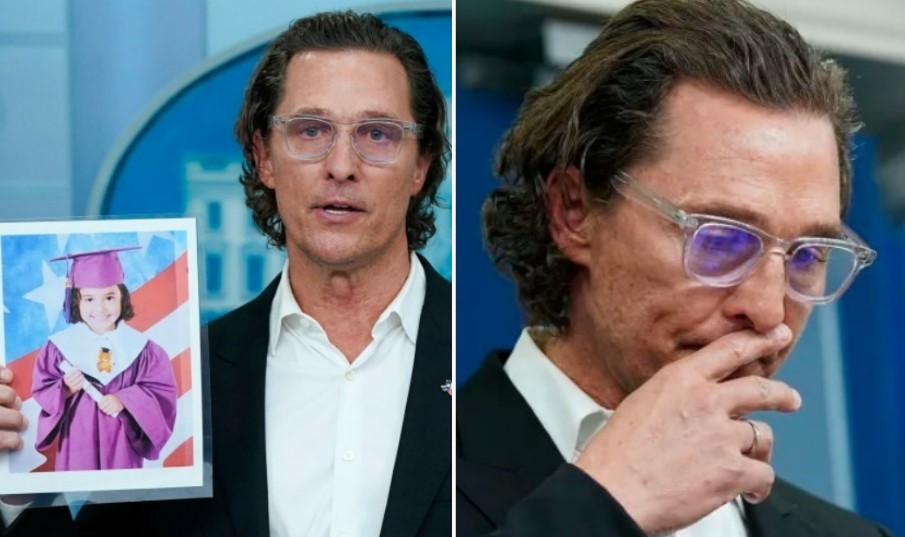 Whenever something huge happens in the world, we invariably see celebrities and personalities having their say on things. Some people don’t really like that. We’re not sure it’s a bad thing. Yeah, nah, we actually reckon it’s a fair dinkum use of their privilege for people in esteemed positions to comment on this stuff. After all, if we can trust celebs to sell us products, we can trust ‘em to speak up for people in the world of politics, because, if we’re honest, the pollies aren’t doing it.

Yeah, to get started, that’s why we like that Matt McConaughey, a Uvalde native, has spoken out about gun restrictions and f**ken begged for tighter ones at the White House. The bloke’s been a man on the ground there in Uvalde, and we know that no one’s listening, we know that gun deaths are gonna continue in the States, but the man’s doing more than most in positions of power over there. That’s gotta stand for something.

Fresh from working with lawmakers in the States, including Democrats Nancy Pelosi and Joe Manchin and Republicans John Cornyn and Chuck Grassley, McConaughey spoke to reporters at a White House briefing. “Uvalde, Texas, is where I was born,” he said in the emotional speech, before telling stories about the children who were senselessly massacred there.

He’s been meeting with families of the victims and shared a painting that one young girl created in order to help honour her family’s wishes. He then explained that “As divided as our country is, this gun responsibility issue is one that we agree on more than we don’t. This should not be a partisan issue.”

And he’s f**ken bang on. It shouldn’t. It should be as simple as just saying, “yeah, nah. You’ve had your fun.” We all know it won’t, but it f**ken should. Anyway, this is about McConaughey and his speech.

As part of it, he said, “We got to get some real courage and honour our moral obligations instead of our party affiliations, and enough with the counterpunching. We got to make choices, make stands, embrace new ideas, and preserve the traditions that can create true progress for the next generation.”

And that’s really what it’s about. It’s f**ken nuts that every day of the week, US families send their children to schools where they’re taught what to do when an active shooter arrives. Think about that. It’s insane.

Anyway, McConaughey, as part of his work with lawmakers at the White House, has recommended some common-sense first steps: increasing the number of background checks, mental health programs, and red flag laws, and raising the minimum age to buy assault weapons to 21.

F**k. America, the rest of the world is looking at you and shaking their head. F**ken do something about it.

Final thought: Honestly, there’s not much for us to say. We only wish McConaughey could make stronger recommendations. Enough is surely enough. F**k.

Just in case you missed it, here’s one of Ozzy’s latest commentary videos…Ozzy Man Reviews: Cheese Rolling is back for 2022!