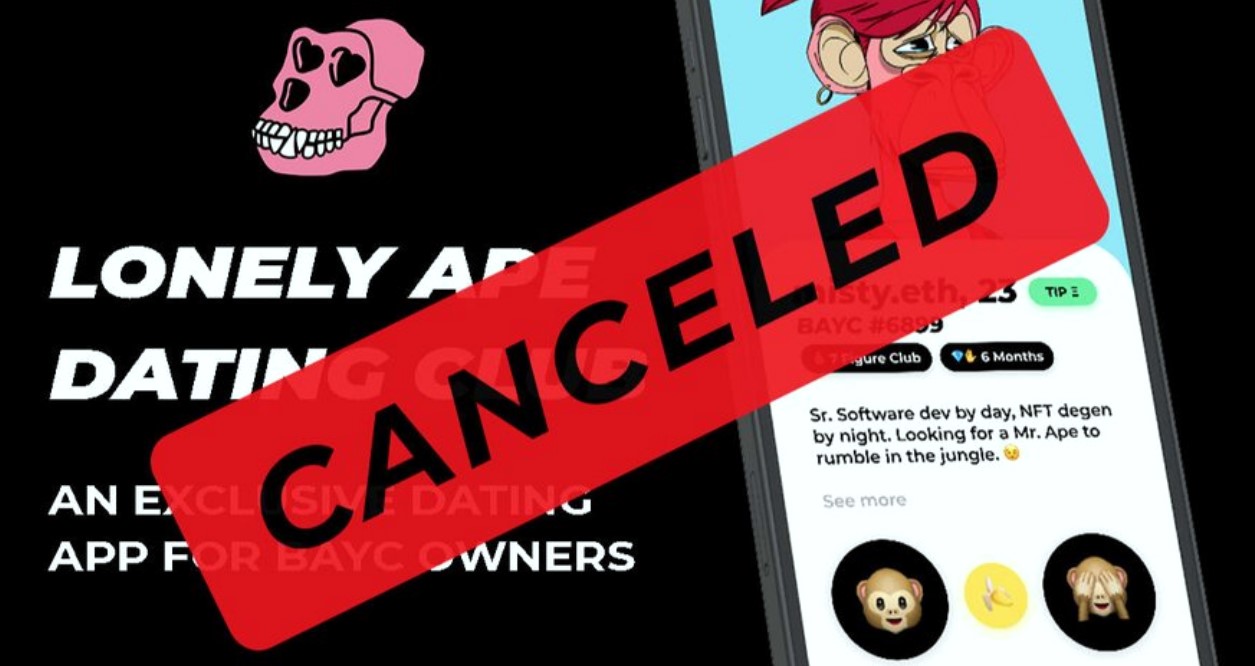 Sometimes a headline can really tell you something about the world. Yeah, nah, it can. And while we’re not saying this is definitely one of them, it might be. Yeah, nah, a dating app designed to appeal to NFT collectors has just gone tits-up for one simple reason – not enough sheilas were interested. And look, that’s obviously kinda awkward…

Now, we’re not here to s**t on NFT bros. Deadset, we’re not. Nah, a large chunk of the internet’s pretty happy to do that, and we’d only be adding to the pile-on if we started kicking them while they were down.

Unfortunately due to a vastly uneven ratio of men to women who signed up for our waitlist, we have decided to put the BAYC dating app on hold indefinitely.
Too many bros!

We sincerely appreciate your interest and support.https://t.co/PozZOCph0y

What we will focus on, though, is this news that Lonely App, a dating app for NFT collectors has just closed its doors thanks to a ‘vastly uneven ratio’ of dudes to chicks.

Don’t give up! You guys are Web3 INNOVATORS.

Have you considered a circle jerk party?

YFT, the app’s creators, tweeted a statement explaining their reasoning for closing the app down: “Unfortunately due to a vastly uneven ratio of men to women who signed up for our waitlist, we have decided to put the BAYC dating app on hold indefinitely. Too many bros!”

do you honestly think Lonely Ape Dating Club got anywhere near a 3:1 ratio?

Obviously, that’s disappointing for those dudes who’ve paid thousands of dollars for art that everyone else can just screenshot for free, but on the plus side, there are some pretty humorous responses to the tweet.

It has to be said, that a little bit of market research might have predicted this. According to Dazeddigital.com, work from women artists made up only 16% of NFT sales last year and sheilas involved in the community are often treated pretty f**ken poorly.

Shhh, they may not realize that detail. Women everywhere are comforted.

So, yeah, perhaps it’s not a very big surprise.

Final thought: It’s hard to say much because it honestly feels like putting the boot in. Despite that, we really hope these guys do find the love they crave – even if it has to be downloaded. You know, like their art. Let us know what you think in the comments section.