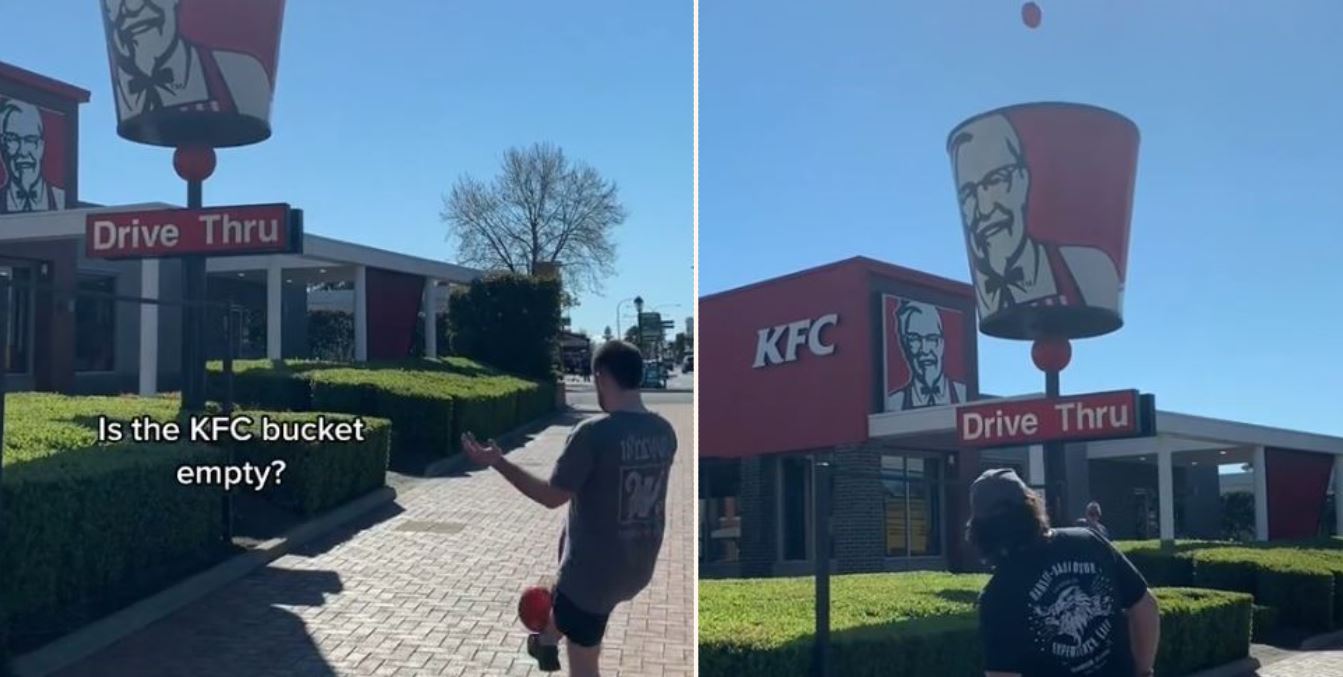 Every bloke and their blue heeler knows that KFC’s logo is a replica of the colonel’s famous bucket. Yeah, nah, it’s not exactly rocket-science, we know. It has, after all been a pretty heavy part of their marketing ever since we were only the height of a wallaby’s wanger. But, have you ever wondered whether the big giant buckets they build outside of their drive-through stores are hollow, like actual buckets? Two Aussie blokes have certainly asked the question, and they now reckon they’ve got an answer…

Lloydy and Checkers, the two blokes behind the TikTok account @marmalade_aus,  had been curious for a while, so they decided to solve it in a typically Aussie way. They took a Sherrin out to their local and tried to punt it inside the c**t. 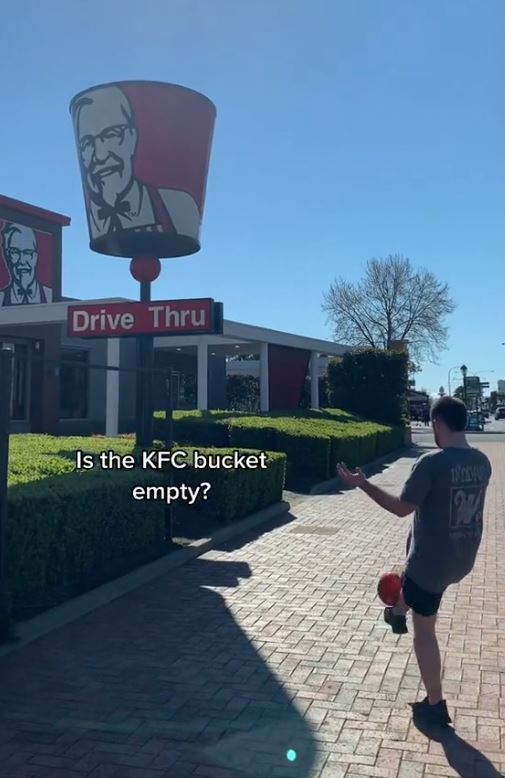 Of course, there’s still a bit of debate. Some who watched the video reckon that it’s not absolute proof the ‘bucket’ is a bucket. Yeah, nah, ‘what if it rains?’ they asked. ‘Think about it for a sec and ask what happens when it rains?’

And we reckon that’s a pretty valid argument, even if it is one that could be solved with a far more simple solution. Yeah, nah, as one commenter suggested, ‘Fly a drone above it.’ 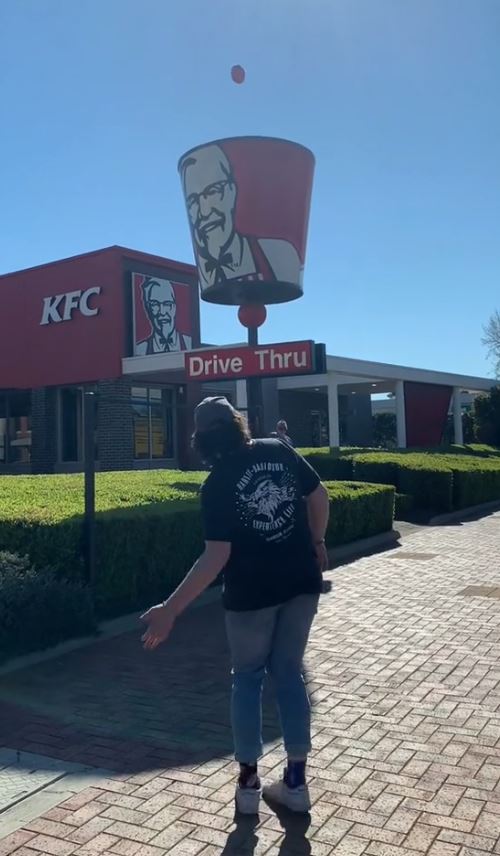 Of course, while that would give us a simple solution, it might spoil the fun. Especially when you’ve got quotes from the top like this:

“I built them when I was in NZ. They are empty except for the struts and lighting etc … drainage holes are in the bottom.”

Or, you could just ignore all the fuss and realise that colonel likes to play his cards close to his chest. Yeah, nah, a cheeky spokesperson for KFC has responded to the debate, and they’re keeping it tricksy:

“Let’s just say that the Colonel has more than 11 secrets hidden up his sleeve, so who’s to know what’s in (or not in) the giant buckets outside some of our restaurants. Either way, it’s another secret we’ll be holding onto a little longer.” 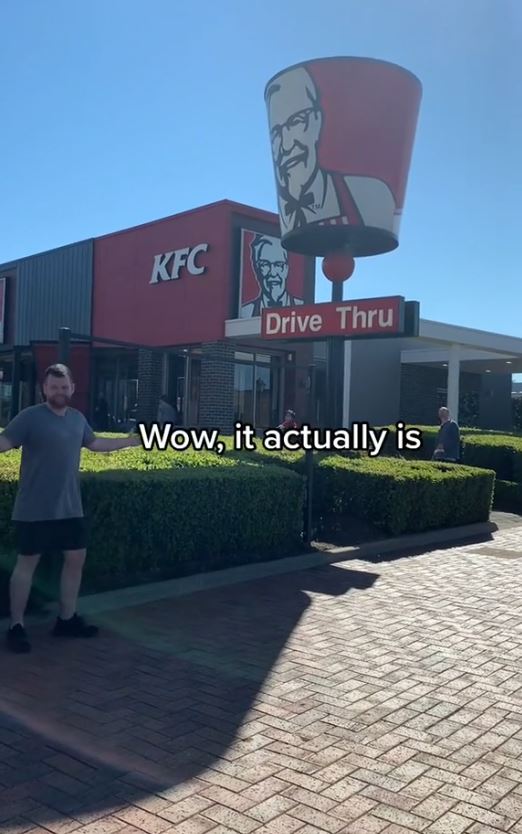 Final thought: So yeah, give the video below a squiz and let us know what you reckon. Is it hollow? Is the ball caught on top? Do you actually give a f**k? The comment section’s open. Share your ideas!