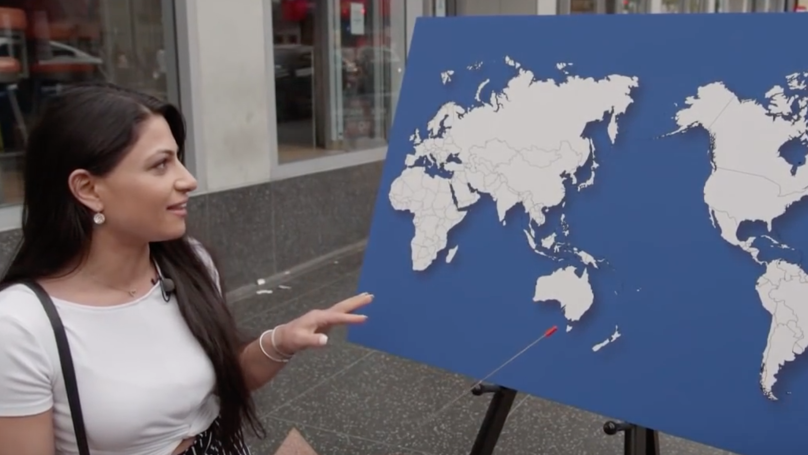 Jimmy Kimmel asks Americans to name “any” country on a map

We’re not going to beat around the bush here. As Ozzys, we have to deal with stereotypes that suggest we swear too f**ken much, swill beer like it’s going out of fashion, and wrestle snakes and crocodiles for a living. We can deal with it though. It’s not like we’re the only ones who are stereotyped. Take the yanks for example. They’re often suspected of being fairly ignorant of the world outside their own borders (although surely many of them are not!), so when Jimmy Kimmel put that stereotype to the test, you can bet we were watching…

First of all, let’s be up front. There’s probably some selective editing at work here, Americans, so don’t bloody come and invade us for imaginary oil because we’re laughing at this, all right. Good? Thanks. You f**kers are all right really. Uncle Ozzy Man loves ya. 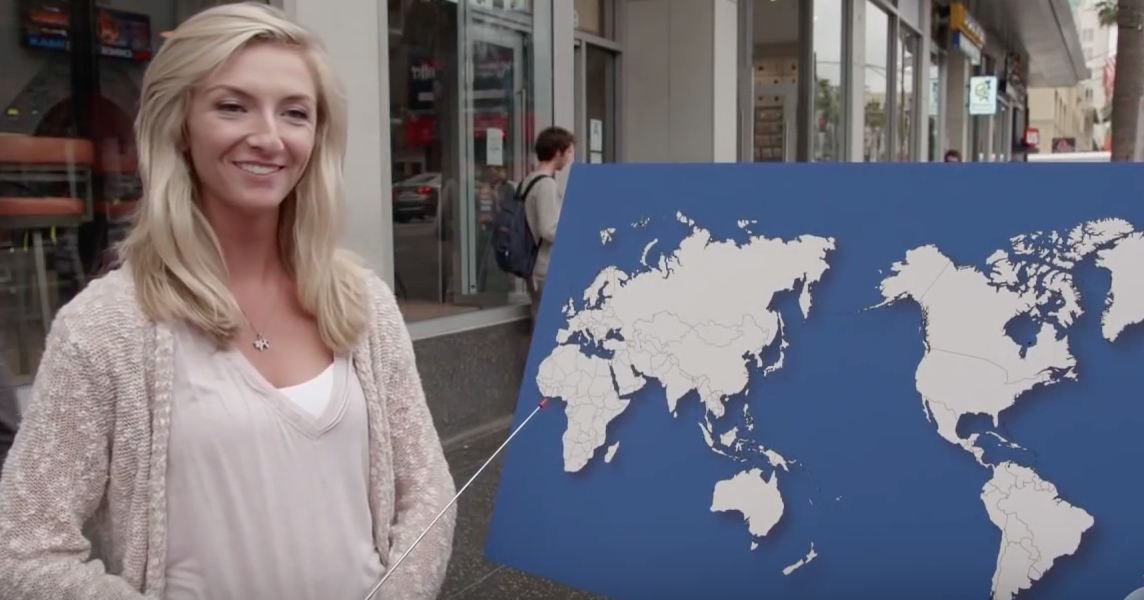 Anyway, Kimmel had his crew set up a map of the world and asked random members to complete a simple task: name a country. Yep, one country. Anywhere in the world. Just point to it and name it.

Piece of piss, right? Well… yeah, nah, not really… at least not for the bloody drongos – who were clearly all having a bad day – who were fortunate enough to have their failure broadcast across the globe and sent viral on the internet. 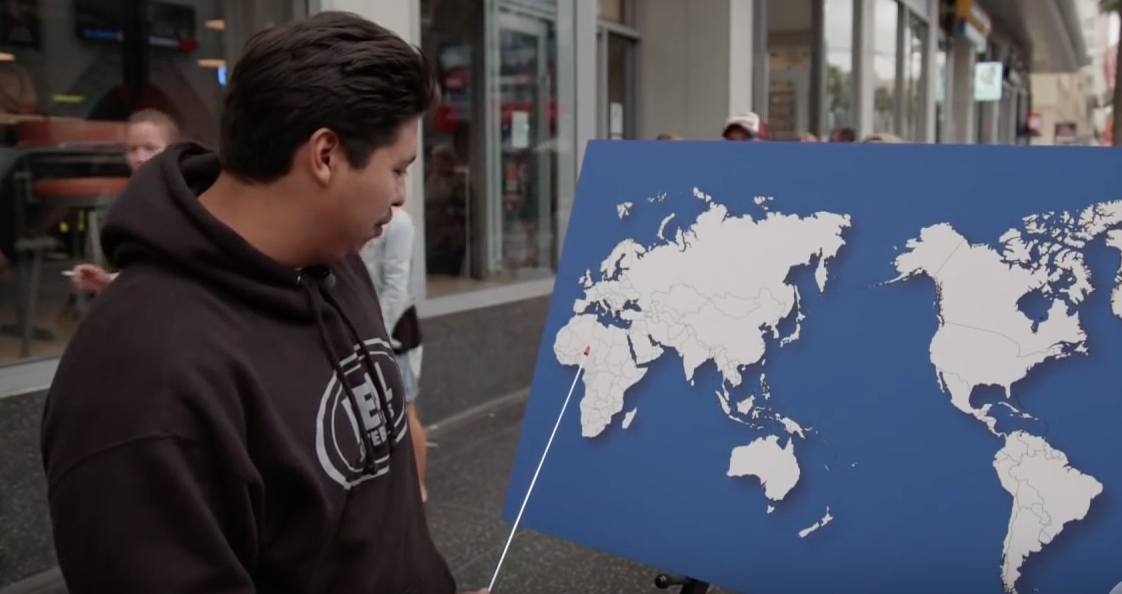 One of the particularly common mistakes from those challenged with the task (and by ‘challenged’ we mean ‘completely f**ken stumped’) was to point to any one country within the continent of Africa and just say, ‘Africa’. F**ken wrong, blokes. Come on!

What was evident from the poor lads and ladies who were on screen is that they weren’t even bloody close at times. Fortunately, one little bugger rocks up at the end of the video and shows the world that there is hope for the US – and everyone else – by just f**ken nailing it.

He rattles off countries like your dickhead mate who references his backpacking trip to Europe in every bloody conversation. F**ken good onya, little bloke! If you were old enough, we’d shout you a beer. As for the rest of you over there, sort it out, will ya! 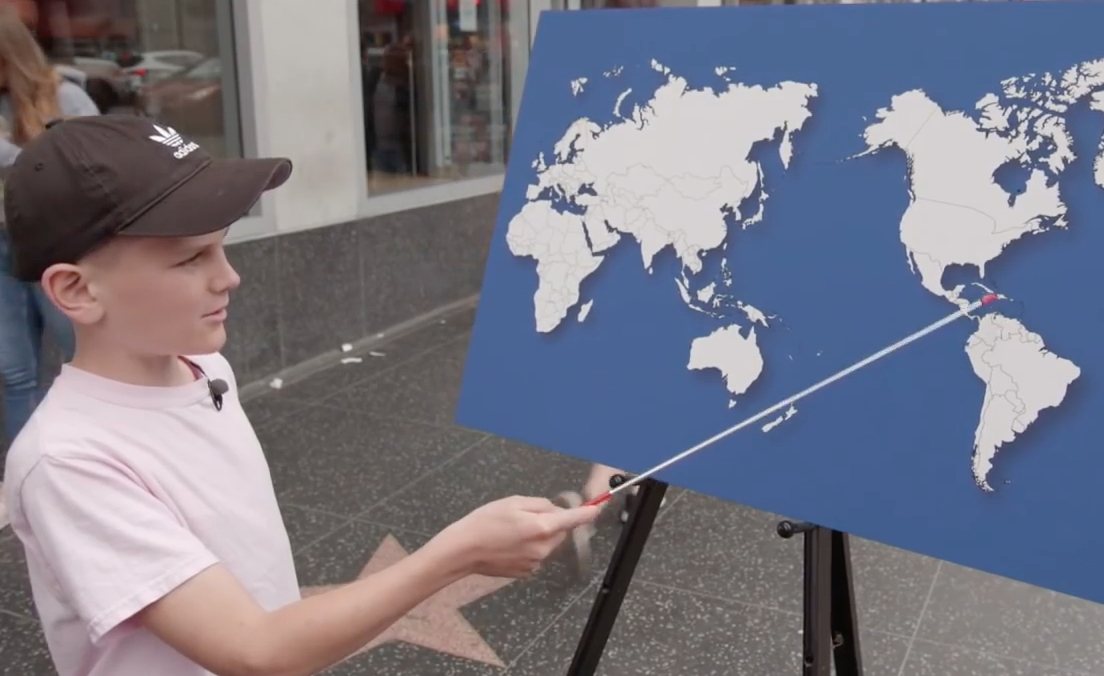 Final thought: You might not ever need to leave the shores of your own country, but it’d be bloody good of you to at least have some general knowledge. You don’t need to list every country in the atlas, but you should be able to name and locate at least a good couple of dozen without too much thought. Surely! That said, I wonder if I’d buckle under pressure with TV cameras shoved in my face.