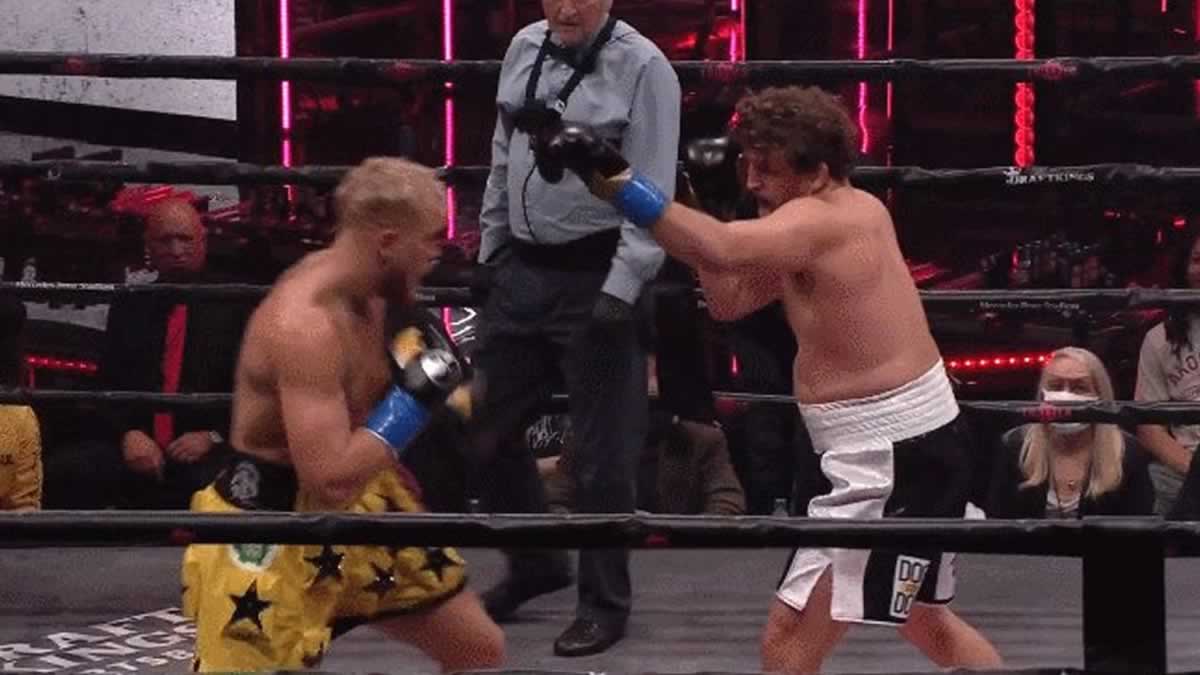 If you’re like pretty much everyone on the internet, you’ve been all over this one. After all, whenever a well-known YouTuber does something out of the realm of their usual area of expertise, people seem to lose their friggen minds. Anyway, let’s get to it. YouTuber Jake Paul, who’s had a crack at pretty much everything from acting to music to is now three fights into his boxing career, but some are already saying that something might be a bit skewiff with his fights.

So, look, we want to be clear here, because we’re not saying there’s anything skewiff.

Yeah, nah, we’re the middle man and we’re just reporting that some are saying that Jake—who’s no stranger to controversy—knocked Ben Askren out pretty bloody easily considering Askren’s past record and his laughter as he left the squared circle.

Jake Paul saying goodnight to Ben Askren in Round 1 pic.twitter.com/tjOwGKic3y

Before we go on with that s**t, though, let’s talk about the fight. You can see the nice little Twitter video there of Jake f**ken feeding it to his opponent, who hits the deck like a sack of bloody spuds. There’s a little jab, then there’s the hook, and then it’s all over.

Now, before we talk about Askren’s history of taking punches in the head, we’ll highlight the video that some others have shared online. It shows him walking off with his missus, and it looks liking he’s having a bit of a chuckle.

Congrats to Ben “the Askew” Askren for finessing that bag 💰💰💰

Prayers up to anyone who paid for that PPV 🙏🏻🙏🏻🙏🏻pic.twitter.com/xri1Kg2M0T

And, in the interests of honesty, Askren is already on record saying, ““It’s probably going to be the biggest payday of my career. I do have to have some type of monetary reward to take time out of my day to do this. They made me a nice offer, it was something I wanted to do anyway, so I said sure.”

Which is fair enough. But, then we’ll highlight another tweet from Barstool Sports that contains footage of an Askren fight from the way-back-when. In that one, the former Bellator and ONE champion is taking punches like a bloody warrior.

Askren ate these punches from Lawler but couldn’t take one punch from Jake Paul pic.twitter.com/ZWE3HWSkYU

Still, for what it’s worth, the whole thing was an entertaining affair, and Jake Paul seems to be well on his way to having a pretty decent fighting career—or at least one that makes some serious dosh.

Final thought: Yeah, look, people talk s**t on the internet all the time, and we weren’t there so we don’t know what to believe. We like to think the world’s not a corrupt place, but what do you lot reckon? If you’ve got an opinion, share it in the comments section.