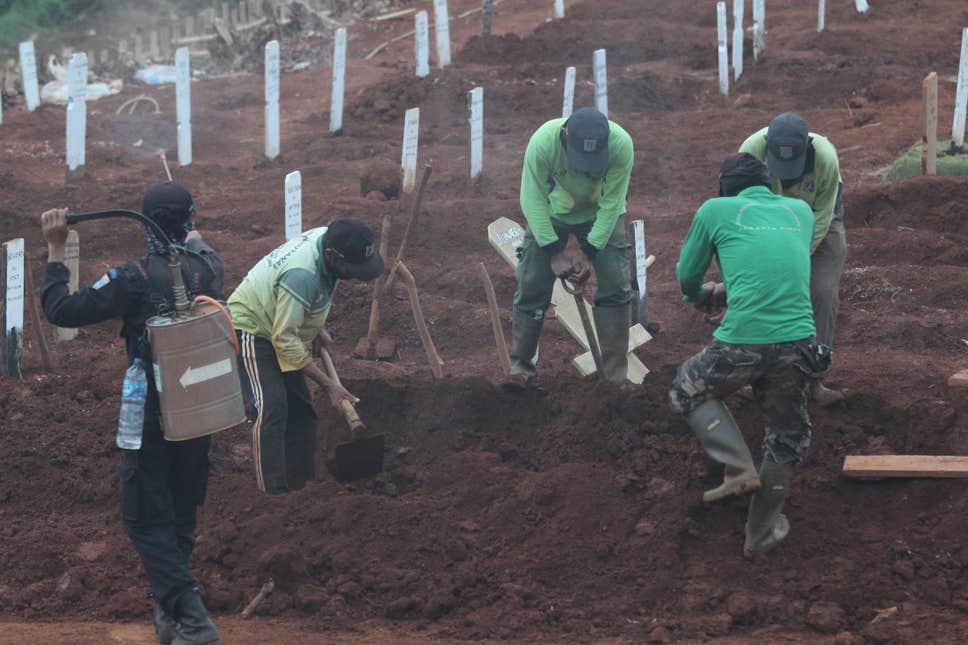 Here in Australia, we’re all too aware of Indonesia’s legal system. A few of our venerable citizens have fallen afoul of it in recent years, and while there’s often a bit of argy-bargy about whether they’re a bit draconian or they’re within their rights, we’ve gotta say, this time, they’ve come up with an interesting punishment for eight anti-maskers.

The eight men were locals in the Cerme district of the East Java province. Like most sensible places, they’ve got a strict policy around mandatory face masks, so when the eight anti-maskers were busted without their masks, the district head, Suyono, brought the f**ken gavel down. 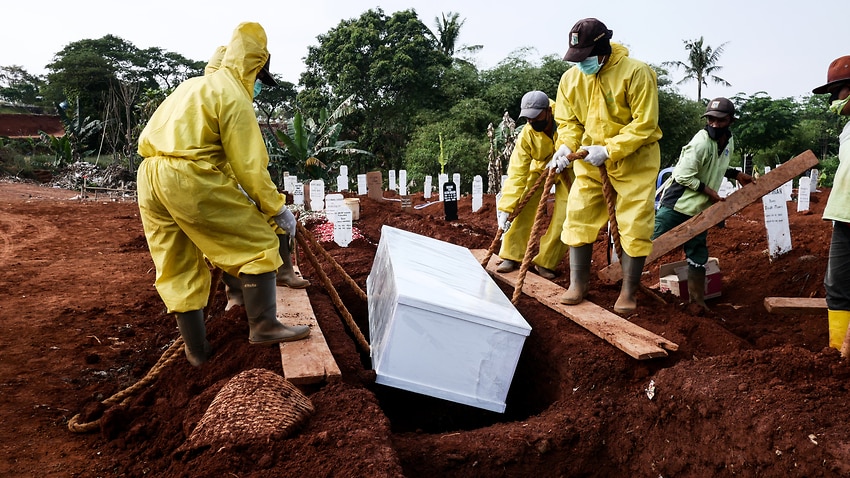 “There are only three available gravediggers at the moment so I thought I might as well put these people to work with them,” Suyono told Tribun News. “Hopefully this can create a deterrent effect against violations.”

They were made to dig eight graves, pairing up one between two, with one digging and one laying timber boards inside the grave to support the corpse.

Fortunately, they didn’t have to touch the dead. Real health professionals handled that side of things, but we’ve gotta say that we reckon this is a pretty sensible punishment.

We’re not gonna harp on about masks now, but you know where we stand on that s**t. Heading back to Indonesia, though, these blokes aren’t the only ones who’ve copped an interesting consequence for their flagrant disregard for public health. 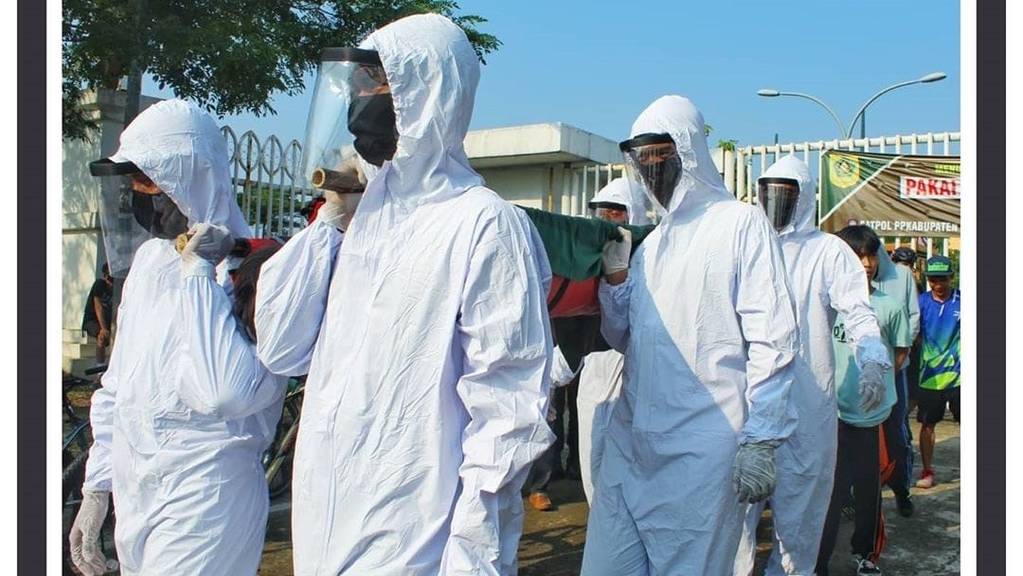 Yeah, nah, police in Indonesia have forced other mask violators to sit in a hearse containing a casket. Apparently, those f**kers were told to ‘have a think about their actions’.

Final thought: We don’t know about you lot, but we bloody love this. The simple fact is, even if you don’t get sick from the virus, you might pass it on to someone who does – or worse. Yeah, nah, wear a mask. It’s just the conscientious thing to do.

If we had to pick one item to encapsulate 2020, it’d probably be the bloody facemask. Obviously, the first reason for that is pretty bloody straightforward. The second reason requires a little bit of mental gymnastics...