All right, if you’ve got social media, we’re going to guess that you have friends and family on there who can’t help but update you about every little thing their kid does, even if that means they have to film their kid doing something destructive instead of preventing them from doing it. Nevertheless, you can’t deny that some of the s**t these kids do is pretty funny. And, let’s be honest, if their parents don’t want to stop them from doing the wrong thing in the first place, they’re kinda asking for it.

With all that in mind, have a squiz at these. There’s some stuff that’ll have you shaking your head at the parents, but you’ll also be having a bloody good laugh or thinking about the ways you could discipline the offending kids! 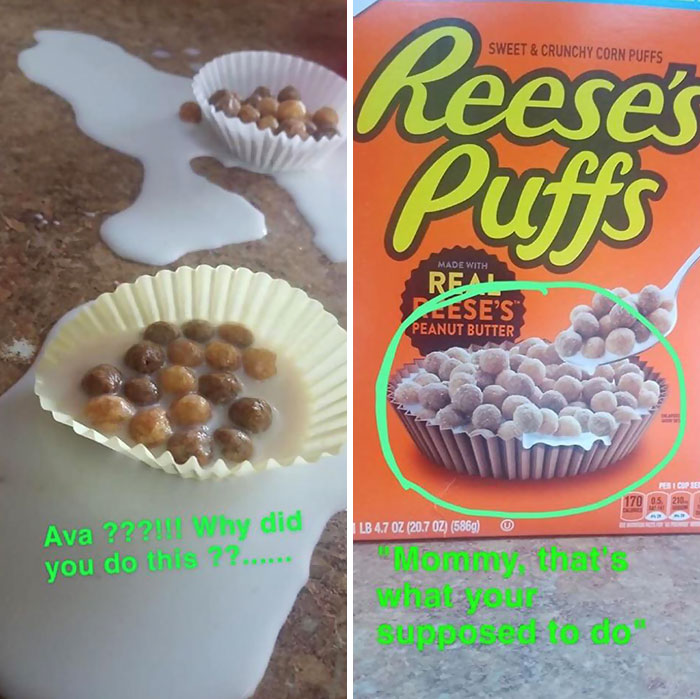 Yeah, look, this one’s probably understandable given the fact you want your kids to practice independence and make breakfast without waking you up. That s**t doesn’t make it any less annoying, though. We guess that kid’s eating toast for breakfast from now on! 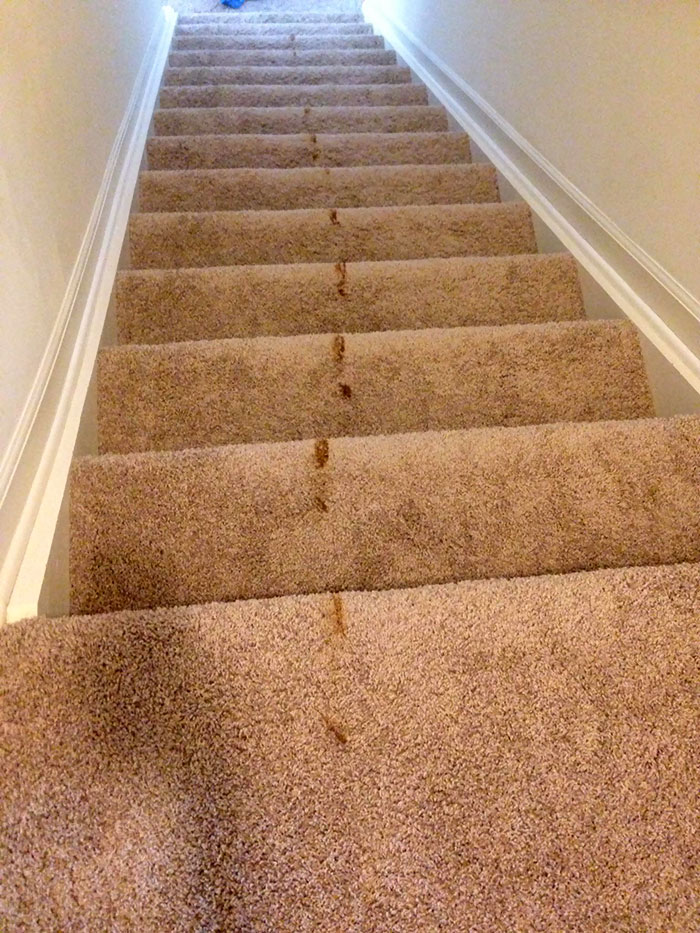 And this is what happens when you leave ’em to potty-train without checking up on ’em. We don’t know whether the olds were working from home, in a zoom meeting, or just pretending the kids weren’t there, but they bloody regret it now. We’re sure of that. 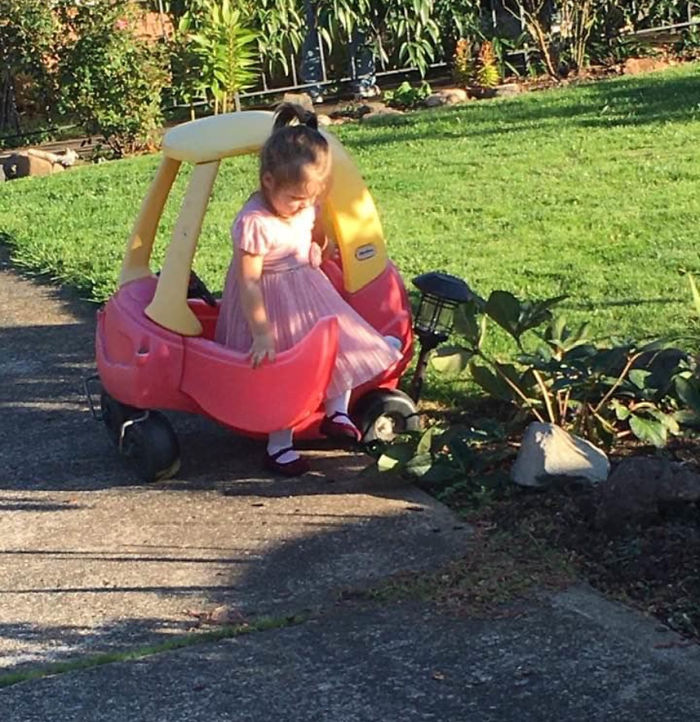 Apparently this young lass has just reversed into a lamp-post and pissbolted. Someone oughtta tell her to check the rear-views. Also, make sure you get her licence-plates. She’s performed a hit n run. 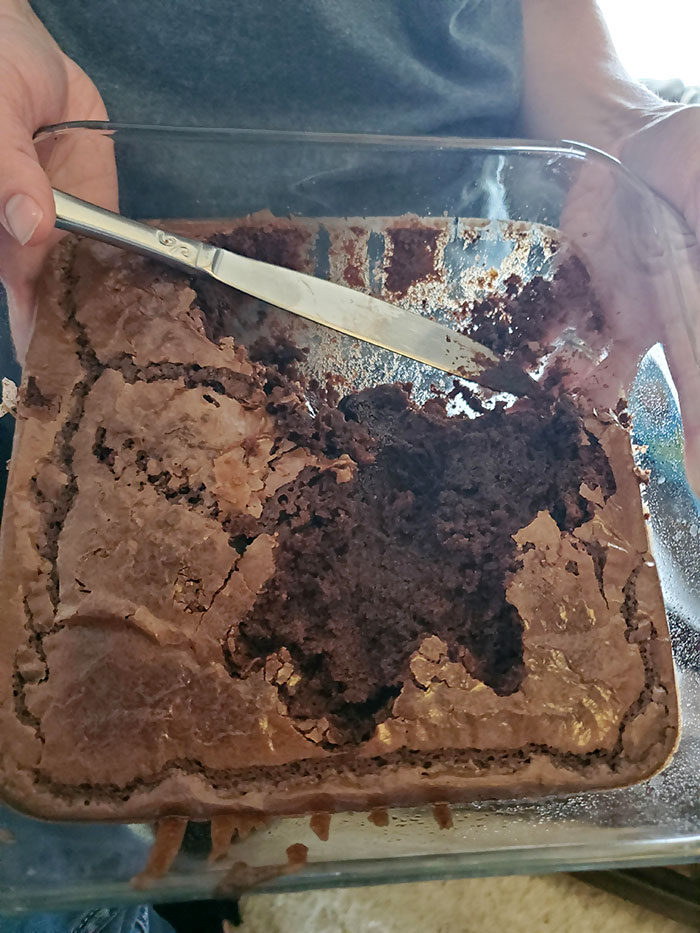 While running inside to ‘go to the toilet’ the little bugger responsible for this mess stopped for a handful of brownie. Nice one! 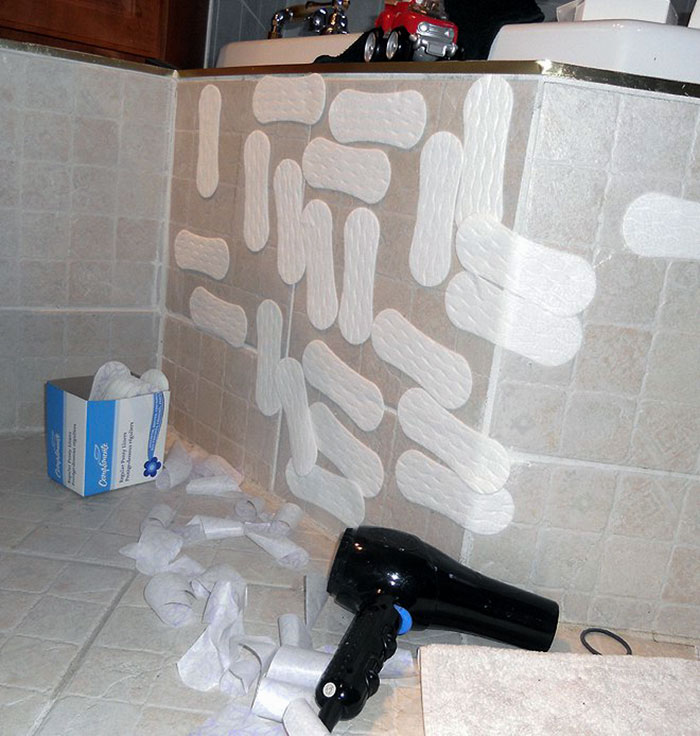 According to this kid, the mums of the world have ‘stickers’ hiding in the bathroom drawer. If that’s true, you might want to put ’em out of reach. 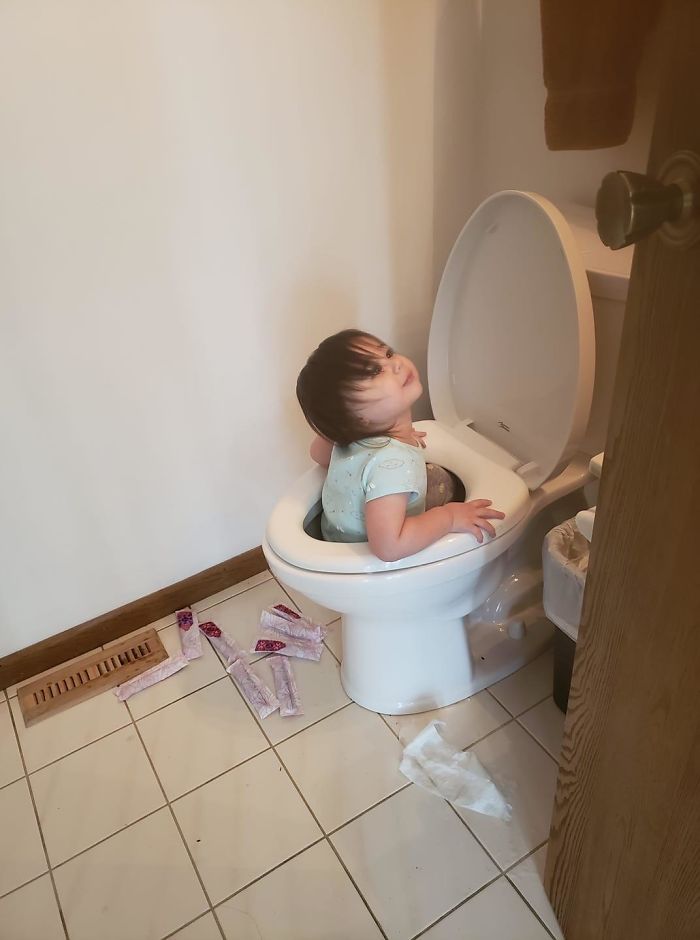 This is what ‘going for a swim’ looks like when you’re locked up inside. We dunno about you lot, but we’d be tempted to turn on the ‘wave-machine’. Seeya, kid! 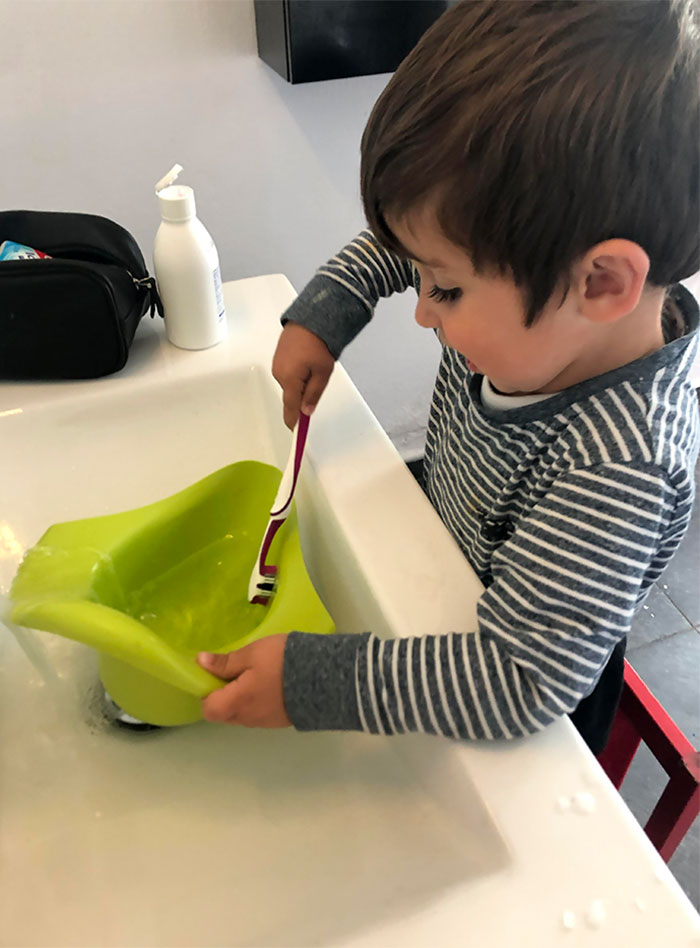 It’s great to see kids learning to be independent. Deadset, they’re capable of cleaning things and giving them a good scrub. You just have to make sure your kid doesn’t do the same thing as this one: use Mum’s toothbrush to clean his potty. Bugger! 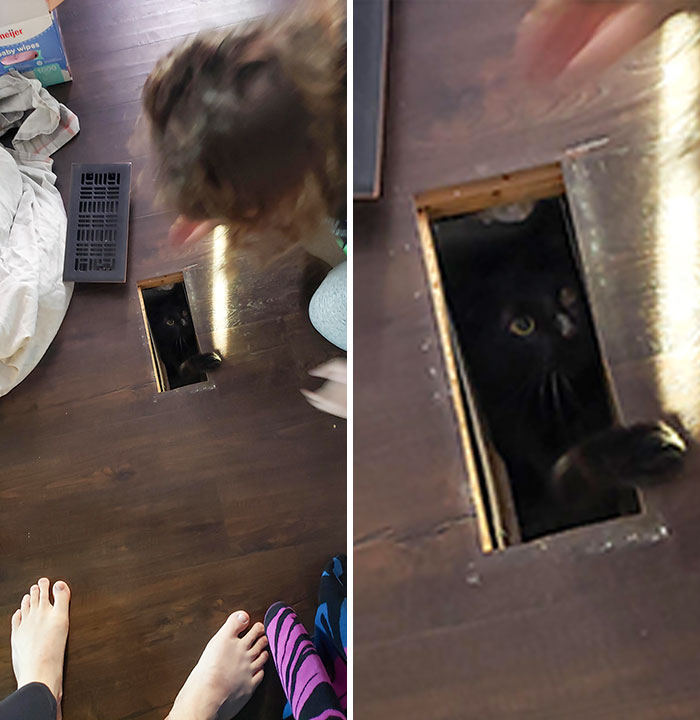 Houses are full of entertaining bits of engineering. You might have a room under the stairs, a crawlspace, vents you can hide stuff in, and all sorts of other cool stuff. It only sucks when you leave the lids off the vents and the cat moves in. Yeah, nah, no one’s getting that little prick out of there. 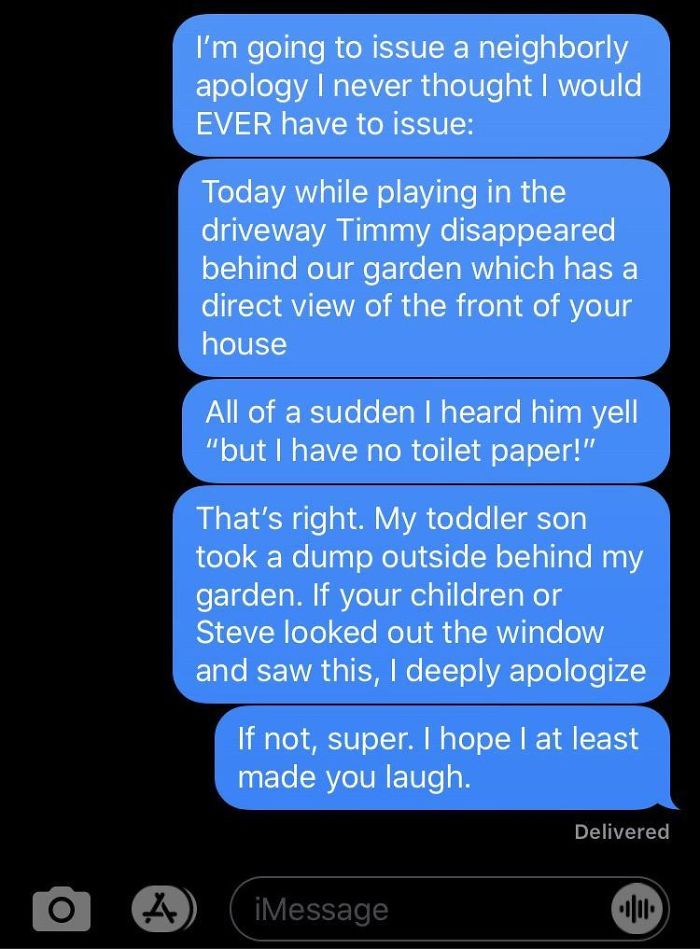 Sometimes you can’t help but own up to s**t. Seriously. 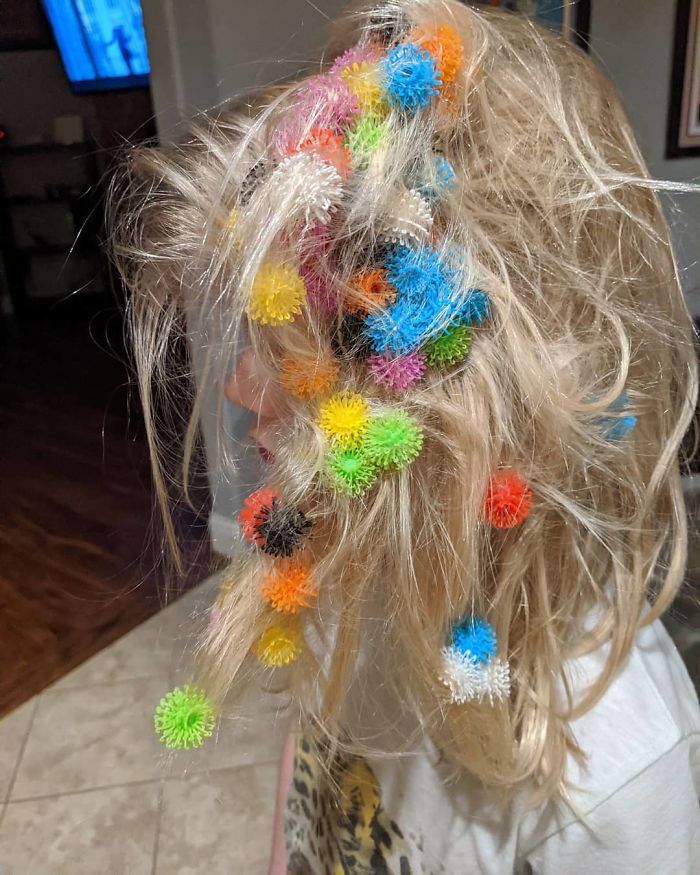 Yeah, nah, the simple solution to this is to just not buy these sorts of things. Or to give your kids a crewcut. Either way, problem solved.

Final thought: Yeah, look, we all know that there are people on our social media feeds that make us wonder just why they aren’t watching their kids in the first place, but really, sometimes kids get up to s**t with only a tiny opportunity. After all, you must be able to remember some of the nonsense you got up to as a youngster. Anyway, let us know which of these is your favourite in the Facebook comments. Or, you know, if you have pictures of your own, let us see ‘em.