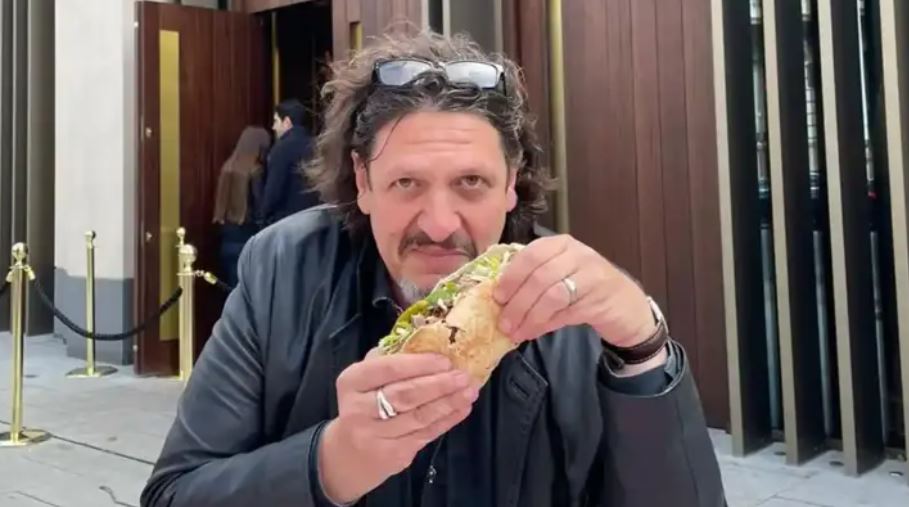 Bloody money’s a funny thing. While we wouldn’t really know, it seems that when you have more of it than you know what to do with, you can start buying regular things for stupidly expensive prices. Take Salt Bae’s famous menu for example. Eating at his restaurant is one of the ultimate status symbols for the rich and famous. It’s largesse on a stupid scale, and not everyone sees the appeal. Yeah, nah, Food critic Jay Rayner reckons the place is ludicrous and has taken a stand over it by eating and reviewing a kebab right in front of it.

For this one, we’re gonna assume you know who Salt Bae is, but for a really quick bit of context, he’s the bloke who dips his meat in gold leaf and charges exorbitant prices for it and everything else in there. Just recently, an image showing a bill for almost two-thousand pommy pounds did the rounds. 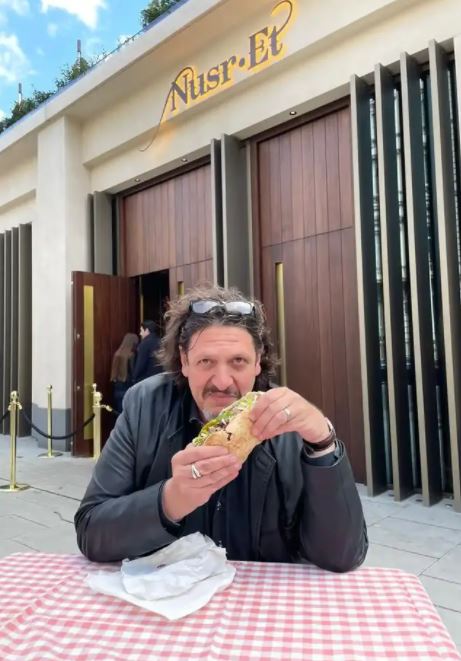 One point of contention on there was that things like Coca Cola and Red Bull were going for 9 and 11 pounds each. In a time of financial difficulty for so many families in England, there’s a feeling that rich and famous people dropping thousands of pounds on gold-plated steak is in poor taste.

According to Rayner, though, Kebab Kid’s kebabs – available for only eight pound fifty – are not in poor taste.

“I’m certain that I am eating better than all the customers through the huge wooden doors behind me, spaffing their sticky largesse over gold-leaf wrapped steaks. Because my lamb shawarma comes from the legendary Kebab Kid in Parsons Green, and very nice it is, too.”

He goes on to say:

“It was opened by a Greek Cypriot couple, Cos and Yanni, in 1976 and then acquired by the current owners, the Hatch-Barnwells, a decade later. They changed nothing, save to add a couple of dishes. It is now run by their son Charles who credits his Indonesian mother with the new recipes. It is takeaway as cult, especially among London cabbies, which naturally means you’ll find customer reviews online saying it’s not all that.”

This week’s column. I was never going to splash the @ObserverUK’s money on one of Salt Bae’s crass £800+ gold leafed steaks. Instead I got an £8.50 take away kebab, a really good one from Kebab Kid, and ate that outside while musing on the stupidity inside https://t.co/YYWDOTrq2b

When asked why he chose to review the kebab there, he said, “It’s a ludicrous gesture, but then the Nusr-Et Steakhouse is a ludicrous restaurant, and one stupid turn deserves another.”

Final thought: We’re in two minds about this sort of thing. Obviously, eat what you want, but when we’re talking about prices this exorbitant; our gut-feeling is that people should do what they want with their own money. Then, when we think about it, we start considering that perhaps paying that much for one steak when you could feed an army of starving kids for the week might be a bit selfish. Still, let us know what you reckon. Share your thoughts in the comments section.