Over the last week or so, the Unites States has become the bloody epicentre of the Coronavirus, and the state of New York has been hit particularly badly. Yeah, nah, the virus is running rampant in the big apple, and casualties are climbing. Some reports reckon that the death toll there has rocketed past the thousand mark, and so far, it’s showing no signs of slowing. Obviously, that means there are thousands scrambling to help, and people are f**ken worried…

To symbolise this, the city’s most famous landmark, The Empire State Building, has transformed into a beacon of glowing red light. Yeah, nah, the building’s been using its famous lights to replicate an ambulance siren. 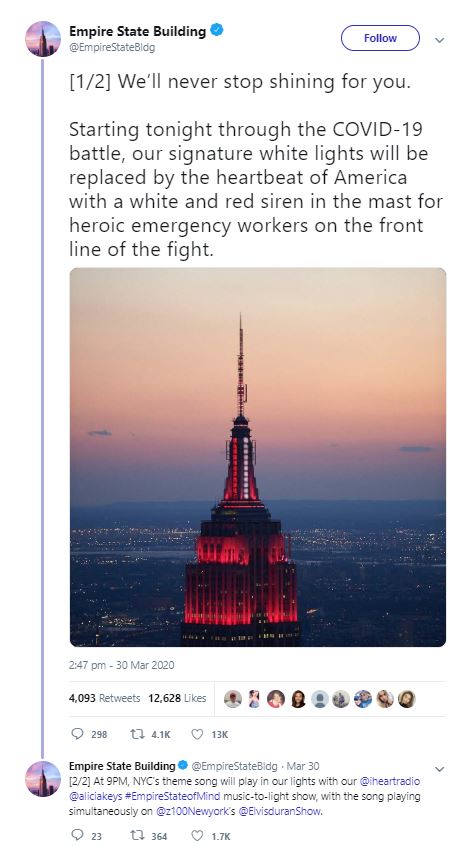 According to the building’s official Twitter account, the lights will stay on for the duration of the battle against Covid-19.

“We’ll never stop shining for you. Starting tonight through the COVID-19 battle, our signature white lights will be replaced by the heartbeat of America with a white and red siren in the mast for heroic emergency workers on the front line of the fight.” 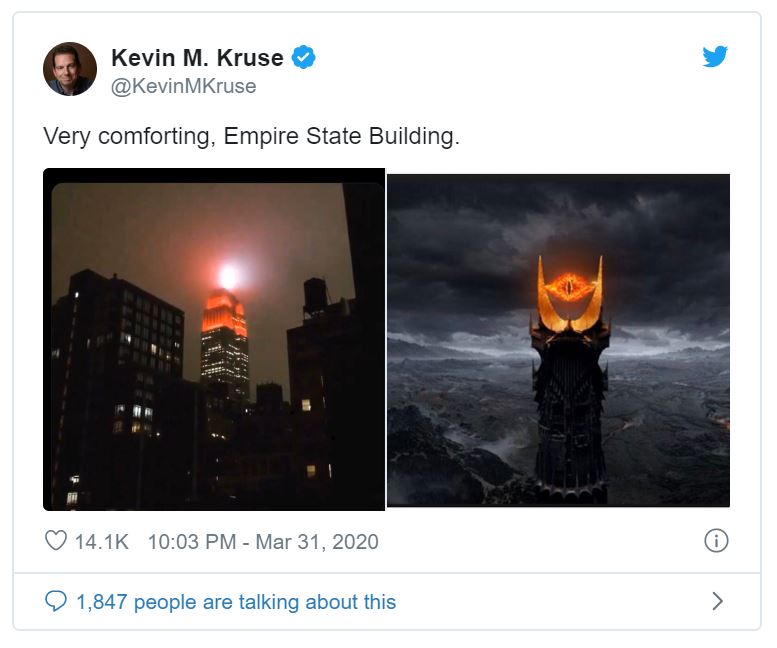 Of course, while this is a seemingly noble cause, not everyone’s happy. Yeah, nah, some reckon the tower looks like the eye of bloody Sauron when its bleeding red light into the sky, and the effect is somewhat ominous.

Of course, there wasn’t only the lightshow to set people off. The building also broadcast the New York-themed song, Empire State of Mind with a synchronised lightshow.

Yeah, nah, some folks reckon that the light only triggers their anxiety and would prefer a soothing white light instead.

One bloke even tweeted, “#EmpireStateBuilding’s been in my “backyard” for 50 years now. I’d never have guessed it had a surprise left for me. Man, was I wrong; the sight of this shook me. Can’t decide if the “Red Alert” is gorgeous or terrifying.” 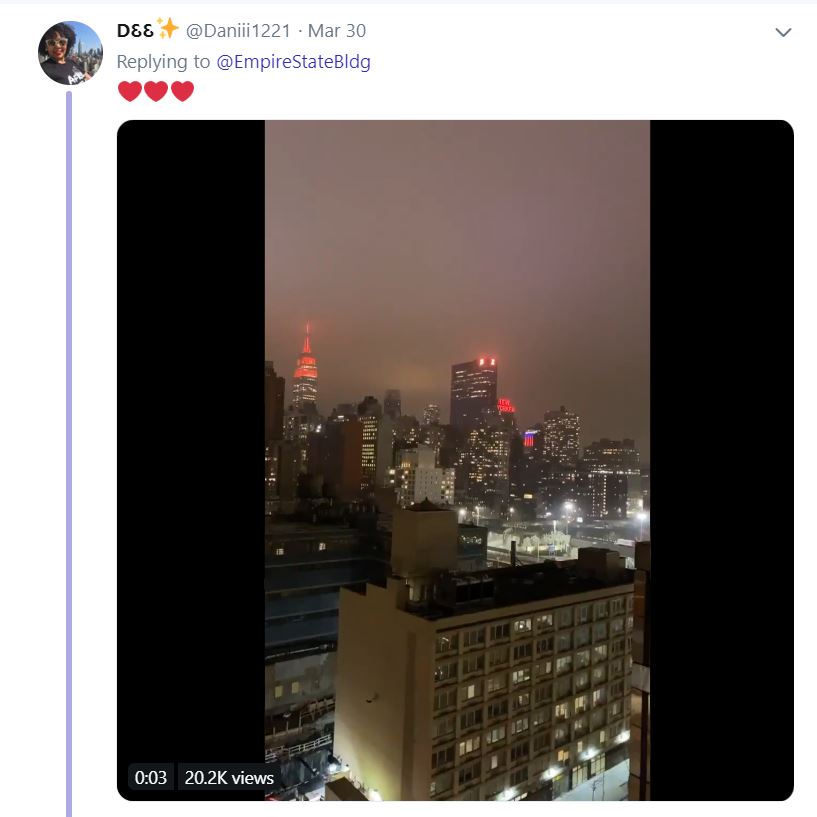 For what it’s worth, though, the building’s got a history of light shows to celebrate, commemorate and commiserate all sorts of s**t. We guess they’re doing what they think is best, and that’s got to be worth something, right?

Final thought: We don’t really know what to make of it all, but when the city’s got more than 38,000 infected citizens and a rapidly climbing death-toll, you can’t fault the joint for doing something to try and honour the front-line servicemen and women who are risking their own health to help manage the crisis.

The @EmpireStateBldg reminding us that the city is in the middle of an emergency. pic.twitter.com/50TjEjOogN