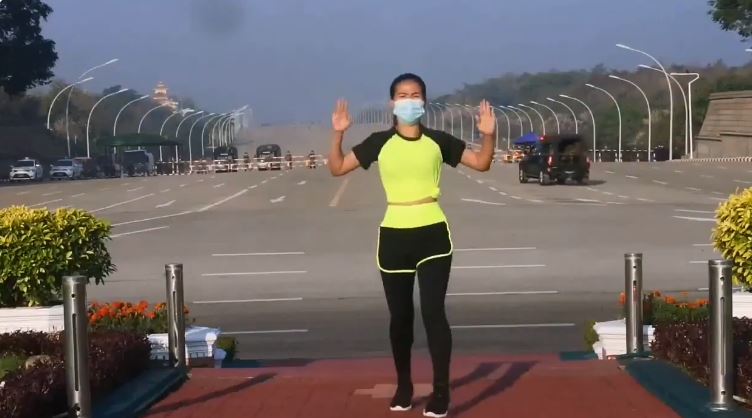 Fresh from seeing the giant clusterf**k of a coup that Trump’s MAGA-hat militia treated us all to a little while ago, the Southeast Asian nation of Myanmar has decided to stage one of their own. This time, the nature of the whole thing was a bit different, but yet again, it’s been caught on camera. This time, though, the footage is purely accidental. Yeah, nah, an exercise instructor was filming her routine as military vehicles made their way into the capital behind her.

That dance instructor is Khing Hnin Wai. She films videos all over the shop, but on this particular occasion, she made her way to Myanmar’s Assembly of the Union complex. As luck would have it, she was filming a dance routine when black SUV’s entered the complex behind her, ready to claim the country for their own. 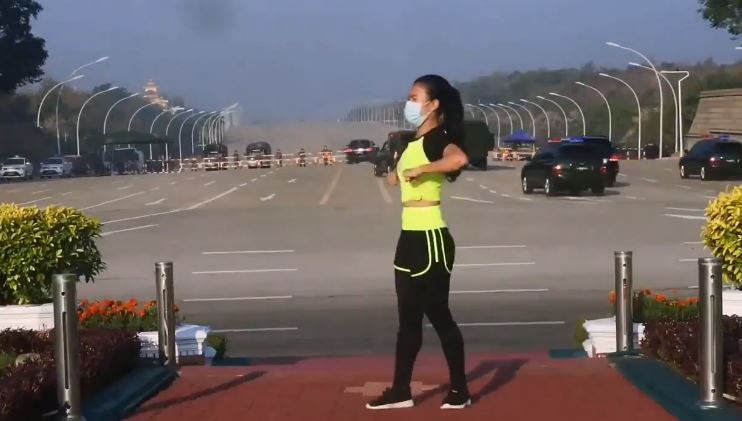 Footage of the dance went viral, and if you watch the background, you can see figures rushing to open the security gate for the military vehicles. Khing Hnin Wai doesn’t seem to know what’s going on, and the video is almost surreal given the context we now know about the event. 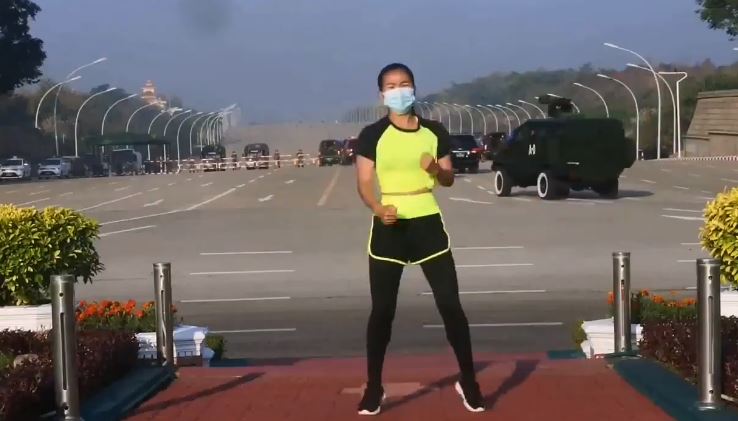 After the video started doing the rounds online, the instructor posted again to say that the video was completely legit. “How harmonic with the background music and background scenery! Before I heard the news [of the coup] in the morning, the video I made for the aerobic dance competition has become an unforgettable memory.”

As we always say, you’ve gotta be a careful bugger in public these days because there are cameras everywhere. Yeah, nah, you just can’t overthrow a government like you used to. Man, those were the good old days.

Final thought: Man, if you’ve got the skills to turn this into something better, we reckon you could do some pretty nifty Photoshop work with this dancing sheila and epic world events. If you reckon you’re up to the task, f**ken get cracking and share the results in the comment section. Who knows, if we get enough good ones, we might even be able to get some content out of it.

A woman did her regular aerobics class out in open without realizing that a coup was taking place in #Myanmar. A Military convoy reaching the parliament can be seen behind the woman as she performs aerobics. Incredible! pic.twitter.com/gRnQkMshDe

Just in case you missed it, here’s one of Ozzy’s latest commentary videos…Ozzy Man Reviews: Humans being Nice #4

Mate, if you’ve been thinking it’s been a little while since we talked about crocodiliacs here at Ozzy Man Reviews, you’d better bloody brace yourself because we’re f**ken bringing ‘em back! Yeah yeah nah nah, in case...

You know we’re not the type to kink shame here at Ozzy Man Reviews, but we have to say that in polite company or the public eye, sometimes it’s just couth to keep some of your more intimate joys, well, intimate. Of co...