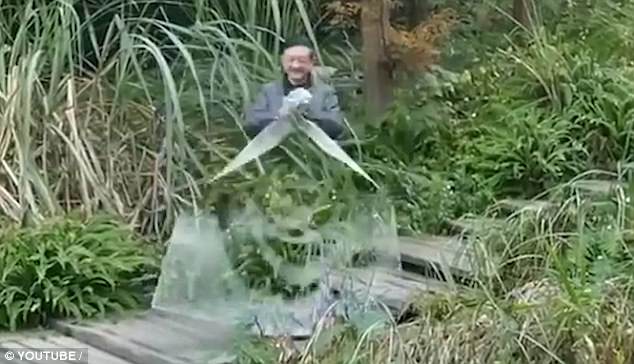 F**k me sideways, technology is bloody amazing these days!  We’ve got all sorts of cool sh** to show off to the aliens when they finally get here.  But, I tell you what, while we’re busy shutting down our artificially intelligent robots because of their spooky as f**k language, China’s racing ahead.  They’ve got a sh**-hot new invisibility cloak!

F***ing China.  They’re supposed to be making our sh** in cheap factories, not designing cool sh** of their own.  They’re gonna upset the apple cart, they’re gonna turn the world on its head, they’re gonna disappear out of sight in the technology race with inventions like this bloody thing. 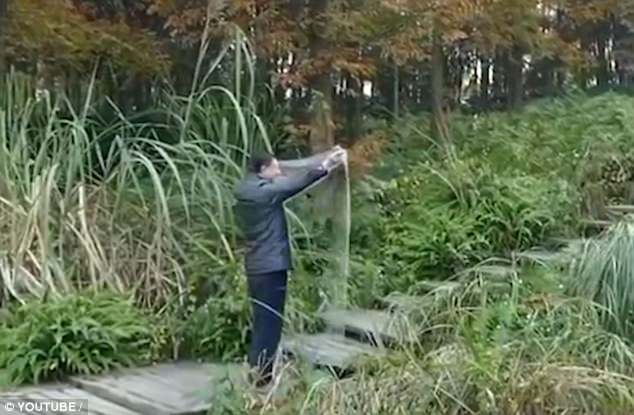 What are you supposed to do if you misplace it? Credit: YouTube

The Quantum of Invisibility Cloak is bloody amazing.  It’s just like the sort of thing you’d get in a fantasy story, so it’s no surprise that shortly after it surfaced online – in the video below – it racked up views like a hotshot executive racks up cocaine and was even shared by the head of China’s Criminal Investigation Department at the Ministry of Public Security, Chen Shiqu.

When he shared it he was all like, “I Shiqu not.  This thing very dangerous in wong hands.”  OK, maybe not exactly that.  What he actually said was, “This is a quantum technology-made cloth that is made of transparent material.  It can reflect the light wave around the person who wears it so it can make the person disappear.  Soldiers wearing this cloak can avoid night vision spy but what happened if the criminals used the cloak?”

That’s a bloody pertinent question, Chen.  I guess if criminals wore it, the cop-shops would all be like, “Well, this is pretty f****d.”  But if you think that’s bad, imagine what would happen if the f*****g dingoes got hold of this kind of technology.  There wouldn’t be a safe baby in the outback.

I guess we’re pretty bloody lucky it’s about as real as a Fiji mermaid.  About as factual as the idea that Big Bang Theory is actually a good television program and as likely as the female orgasm being a real thing.  Fat f*****g chance, Chen.

In case you really thought this thing might be real, Zhu Zhensong, one of the brainiacs at Quantum Video production Company has alleviated fears and informed us there’s no such thing as an invisibility cloak.  He reckons that, “Softwares such as Adobe’s After Effects, Nuke or Blackmagic Fusion can edit the background and blend the object into it. The effect has previously seen in a lot of action movies.” 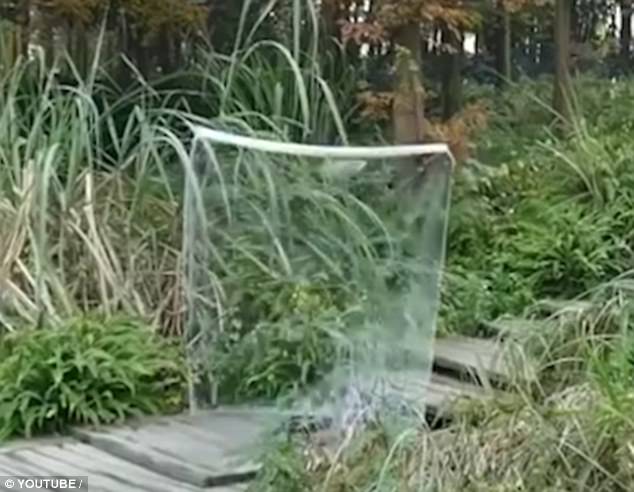 I guess cops could just look for the big floating fold at the top? Credit: YouTube

Thank f**k for that.  I was worried about the future then.

If you’re a film trivia bloke, you’re probably across the fact that before Keanu Reeves accepted the role of Neo in The Matrix, Will Smith was offered the gig. As the story goes, the Fresh Prince knocked it back so he...

We talk a fair bit on this site about the places modern technology is going to take us over the next few years, and whether you’re stoked about the possibilities or concerned about the potential implications, you have...

NASA publishes the greatest PR video of all time

We probably don’t tend to think about it much these days, but f**ken space travel is pretty bloody rad. To take part in it, you’ve got to be smarter than at least two average people, reasonably fit, okay with possibly...