All right, ya wankers, this is probably the greatest thing I’ve ever had reason to write. Nun with a f*****g chainsaw.  That’s right. Chainsaw-wielding-nun. Talk about a dangerous habit!

When I hear those words combine, my mind races with the possibilities.  Is she a badass nun protecting her orphanage from zombies? An excommunicated nutjob with a hankering for chainsaw-based revenge? Sadly, the answer is far more normal than that. She’s a take-no-sh** sister with foliage to cut (and hopefully send back to hell).

Sister Margaret Ann has become a symbol of the clean-up after Hurricane Irma devastated Florida. So no, no zombies and no revenge, but let’s be honest; a chainsaw wielding nun is its own sort of awesome. 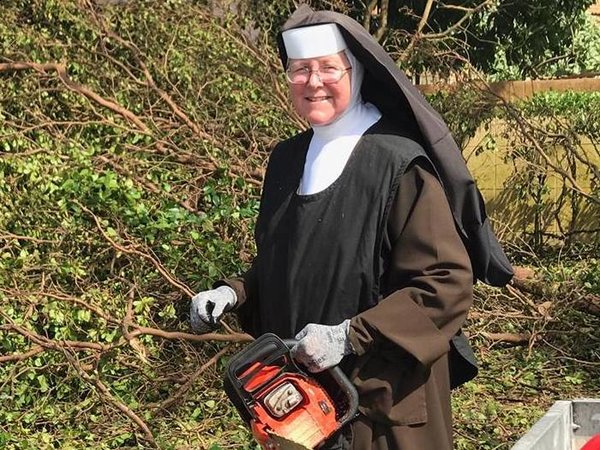 Back when I was a really young bloke, my school-teacher, Sister Delores, was a nun and she had an accordion.  In a battle to the death between the two of them, Sister Delores might try to soothe Sister Margaret’s savage chainsaw with a jaunty hymn, but ultimately, there’s only so much an accordion can do against a chainsaw.

Back to the story though, Sister Margaret is the principal of Archbishop Coleman F Carroll High School and she leads by example. She told CNN that she tries to communicate one simple message to all of her students: “Do what you can to help.” 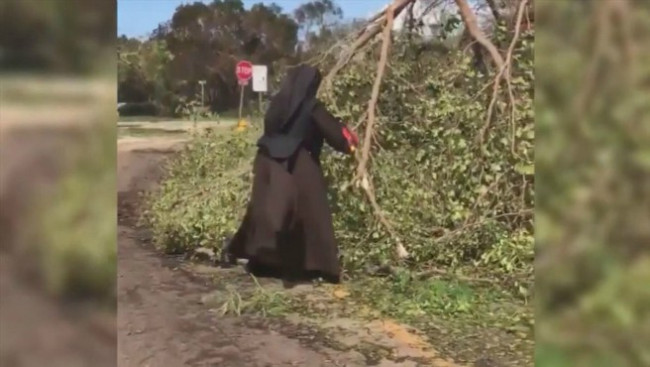 And of course, the chainsaw-wielding-sister practices what she preaches. When she saw a road was blocked by foliage after the hurricane and watched someone try to go off the road around the foliage before spinning in the mud and nearly crashing into a wall, she knew it was time to do what she could. Chainsaw the sh** out of those fallen branches.

She knew the school had chainsaws in a cupboard. Despite the restricting nature of her flowing robes that didn’t stop the goodly old soul from doing her bit to help. 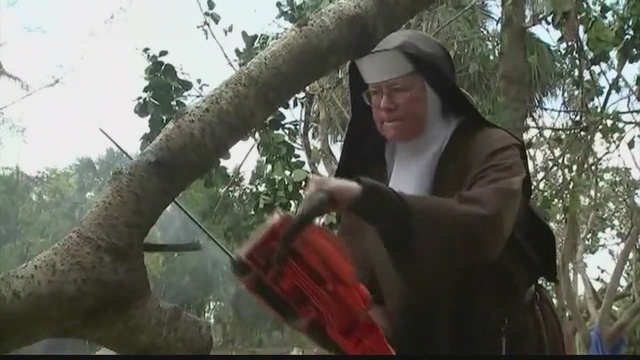 F*****g good on ya, Sister Margaret. You’re bloody top sheila, and for that, you’re nominated for a top sheila award.  I’d shout ya a beer, but I don’t think nuns drink.

If I’m wrong, this beer’s for you.

You know, there’s a lot to be said for body language. Deadset, it’s almost as if we have this evolutionary ability to communicate information to people without saying anything. S**t, turning it around, it’s almost lik...